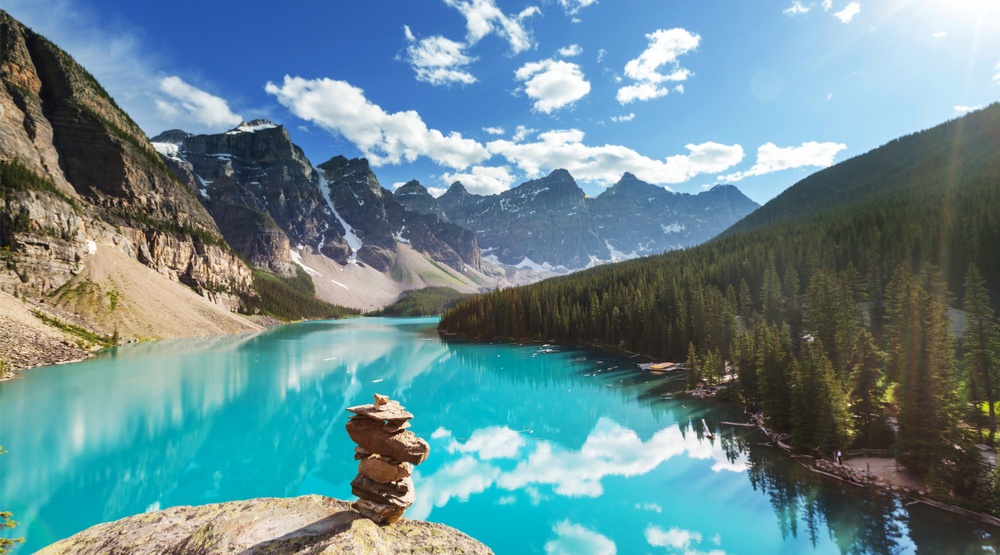 In case you haven’t heard, Canada is celebrating a pretty major birthday.

As our great nation turns 150 on July 1, we’ve rounded up 150 places and things you have to see and do in Canada before you die. From coast to coast to coast, mountain to prairie, and everything in between, here’s some Grade Eh material for your bucket list… (in alphabetical order of provinces and territories)

Standing at 9’2″ and weighing in at 950 pounds, this iconic landmark is a must-see for all hockey fans. 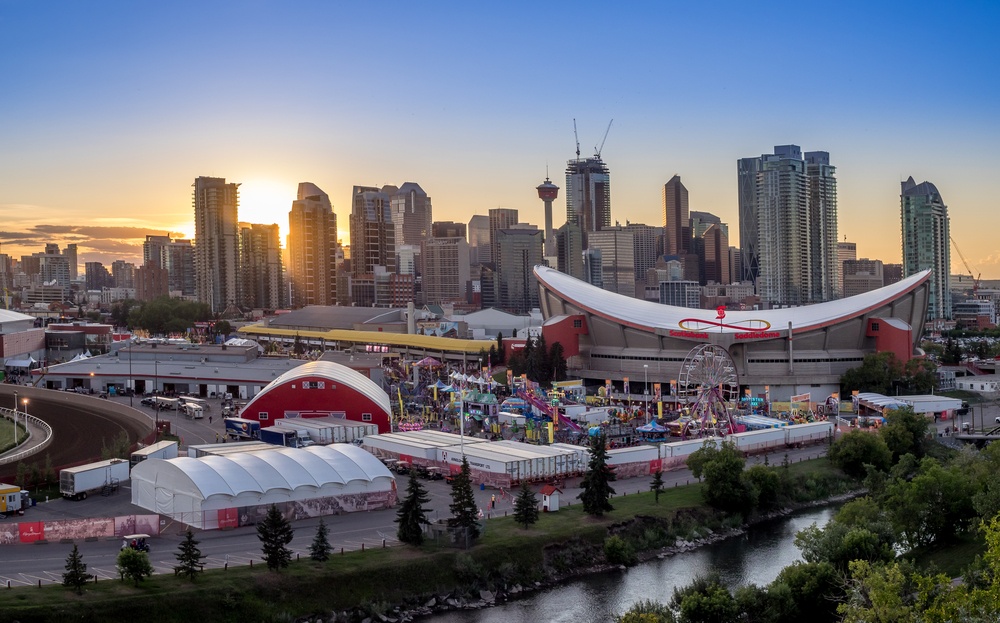 You know the deal: drink.

Plenty adventure awaits in this frozen wonderland, including rides on an Ice Explorer, cliff edge walking, and the glass-floored Glacier Skywalk.

Truly one of the most majestic natural escapes in the world.

You know, the one from Instagram with the super nice hotel.

Quite possibly Canada’s most picturesque location.

Destroy your body on the slopes and then relax into the bliss.

We feel kind of guilty putting a mall on this list, but it’s an undeniable landmark. 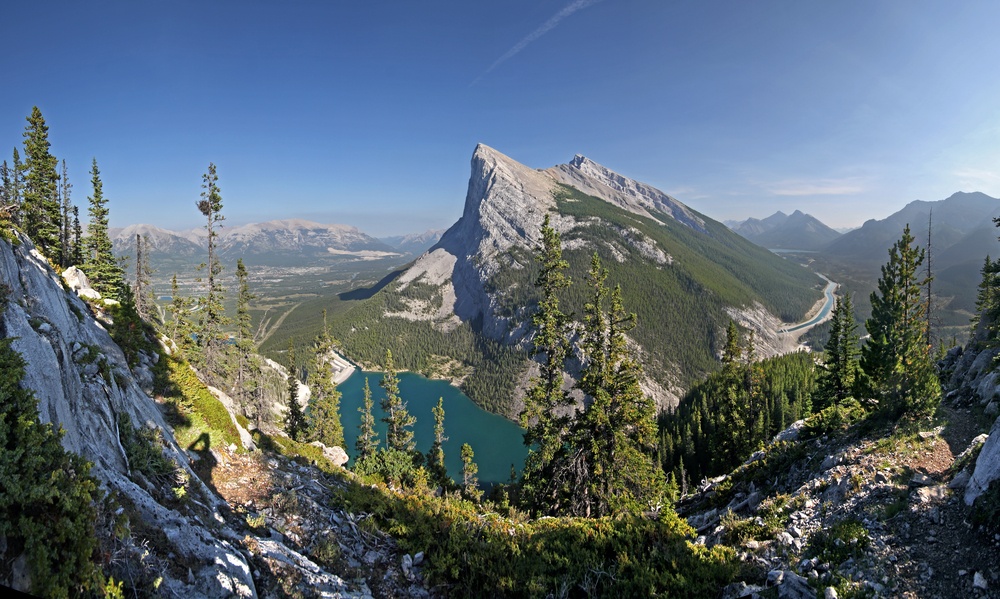 Best reserved for those on the more experienced side.

Take in some of Canada’s most breathtaking scenery as you wind through mountains, forests, and over rivers. Rocky Mountaineer is the largest luxury tourist train company in the world and serves four routes through BC and Alberta.

The true Wild West of Canada. So wild, in fact, that dinosaurs once roamed this area in abundance.

Alright, so bison don’t really do all that much. Still a better watch than the ending of Dexter.

The Mecca of handmade goods. If you’re into arts and crafts, this is your calling.

Skiing and Snowboarding at Whistler

Drink every time you or one of your buddies says “fresh pow.”

Hike the world’s second-largest granite monolith in the world.

You had us a “clothing optional.”

Just another one of those amazing things other big cities can’t compete with. 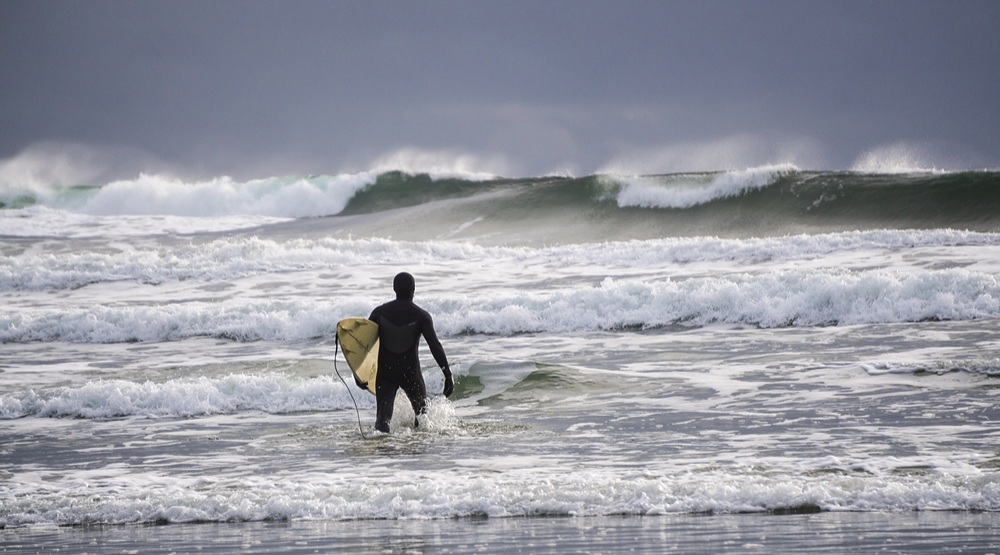 There’s glamping – and then there’s uber-luxe, 5-star glamping. This is the latter.

Step outside downtown for a taste of hip Vancouver.

You know, the one that’s in all the postcards. Stay tuned to the calendar of world-class events.

A 2.9-kilometre trail up the face of Grouse Mountain. In case you were wondering why it was called “grind.”

These things are always way better than you think.

Yup, we have a desert. 0% of Americans know this.

An annual musical fireworks competition that lights up the sky above English Bay for three nights.

Some excellent stereotypes to be observed here.

Pond hockey in the Rockies 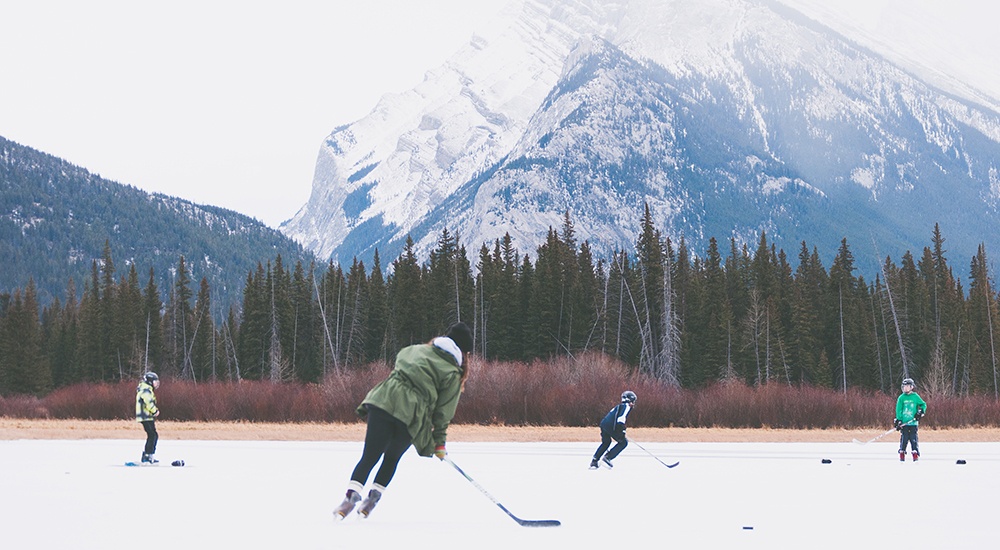 File this under “something to tell the grandkids.”

Some 450 islands 80 kilometres west of the BC coast that offer all the stunning natural beauty you’d expect of their opportune geography.

Go ziplining, Throughout BC

Some outdoor activities just seem to stick in certain provinces (just look at how many places you can bungee jump in Quebec). B.C. is your spot to zip on a line.

Round up the kids and teeter above the raging Fraser River.

Go heli-skiing, Throughout the Rocky Mountains

VIA Rail across the country (start in Vancouver)

Ride the Rocky Mountaineer, Various stops in BC and Alberta

Take in some of Canada’s most breathtaking scenery as you wind through mountains, forests, and over rivers. Rocky Mountaineer is the largest luxury tourist train company in the world and serves four routes.

This place sits on its own private island – enough said.

Ski the Powder Highway, BC interior

This postcard material drive is worth investing in a motorcycle for. 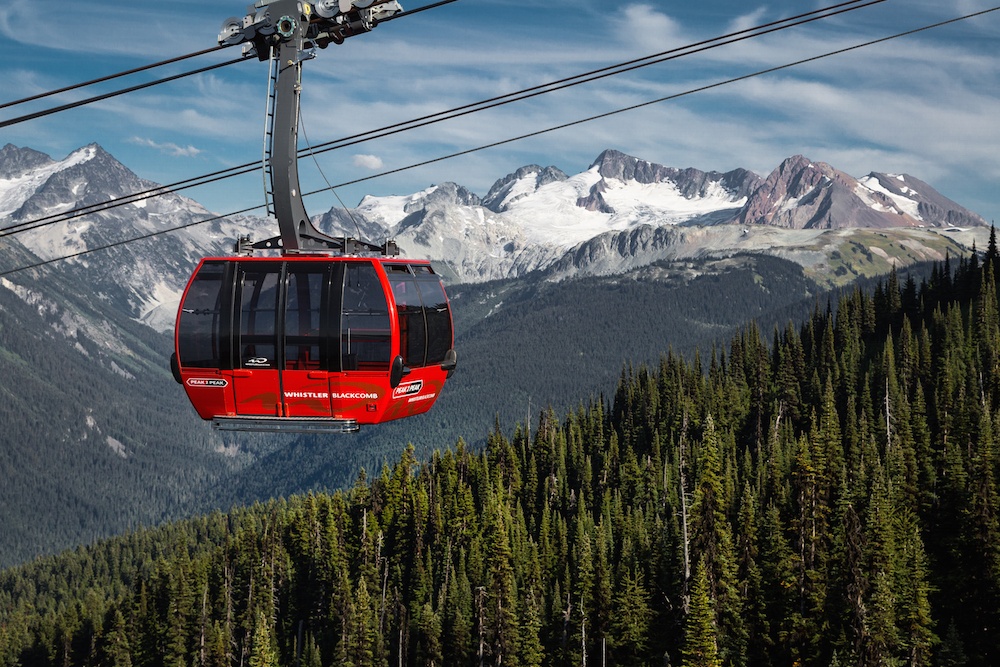 Get squeamish in Squamish.

There’s a reason these spectacular gardens attract close to a million visitors a year. #nofilter needed for these blooms.

Dive into a hot spring, Kootenay

Soaring 230 feet above the Capilano river below. Nbd.

Ideal is watching bear cubs take their first steps is your thing (it is). 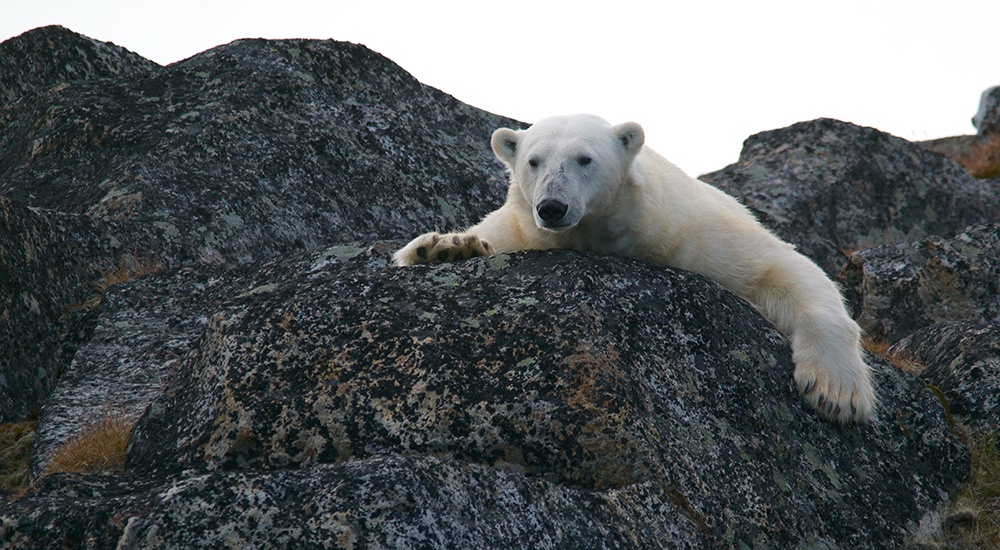 People say Canada is all hockey and polar bears. Here, it really is.

One of the best places in Canada to watch wildlife in its natural habitat.

Tide at the Bay of Fundy

A marvel to behold, there’s nothing quite like walking on the ocean floor.

Discover life as a 17th Century French settler. The Festival acadien de Caraquet is a fantastic way to soak in the culture.

This gem is Canada’s oldest farmers’ market and boasts a massive selection of edibles, crafts, and souvenirs.

Come to watch birds. And the lighthouse. 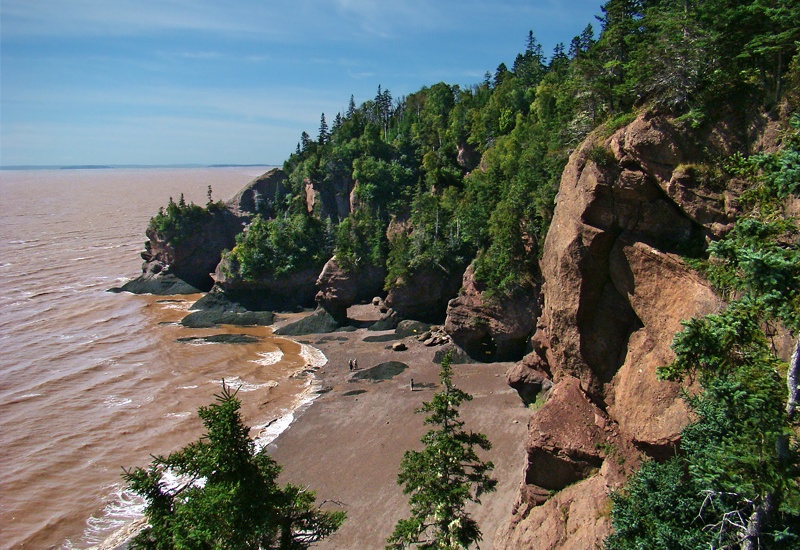 Also known as the Flowerpot Rocks, they are sculpted by the highest tides in the world.

Walk the ocean floor and be keenly aware of the tide schedule.

Pearly white sand as far as the eye can see. Turbulent weather though. 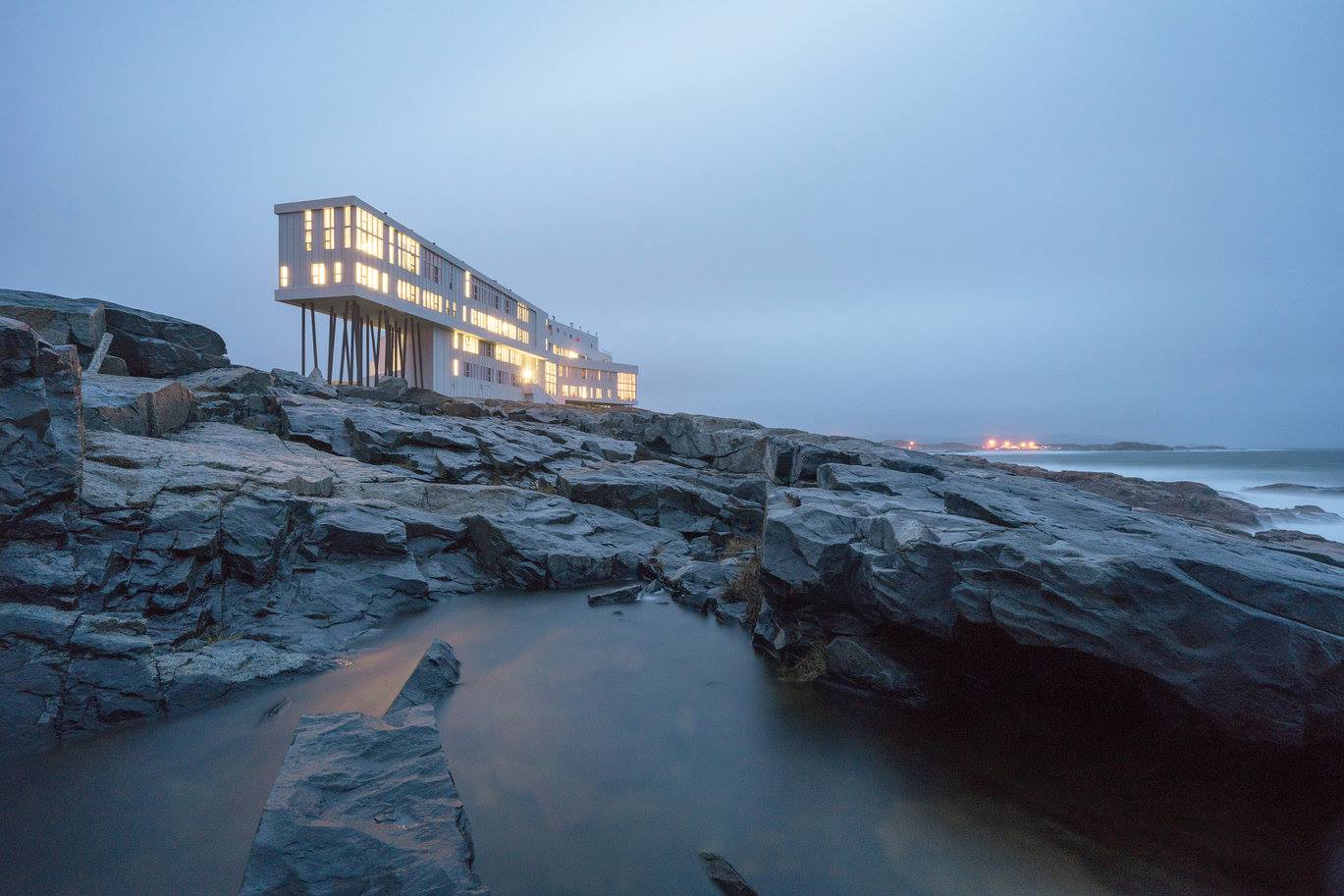 Very likely the coolest modern hotel in the country. Hashtag all photos with #views.

Awaken your inner geology buff and see what our world’s made of.

Come for the views, stay because your legs hurt.

Just a short swim to Portugal. 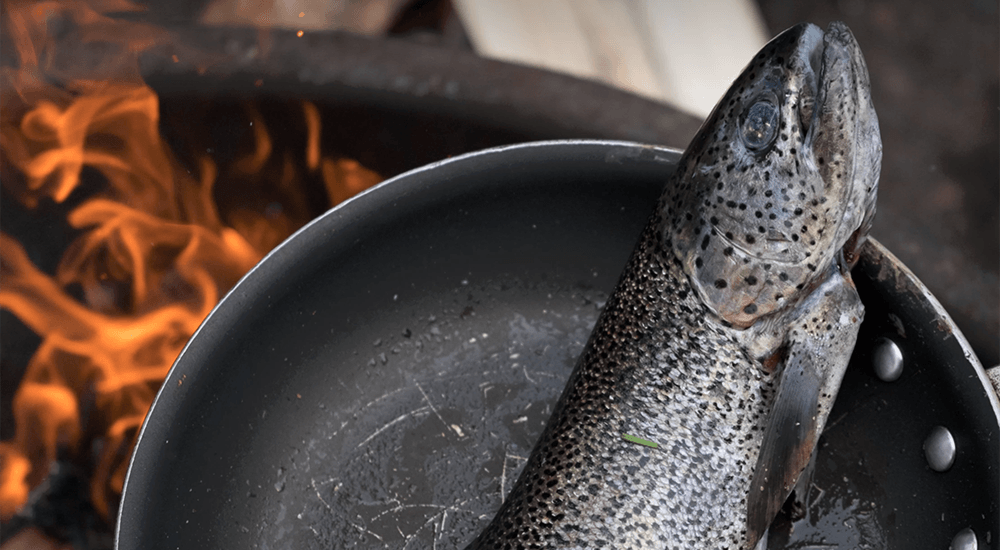 An institution, even if only because it’s the only one.

Pro tip: flight there. Pro tip 2: do not raft over them.

If you thought eight reindeer was cool, wait ’til you see this.

Just a heads up: you’ll be driving on frozen sections of the Mackenzie River and Arctic Ocean. 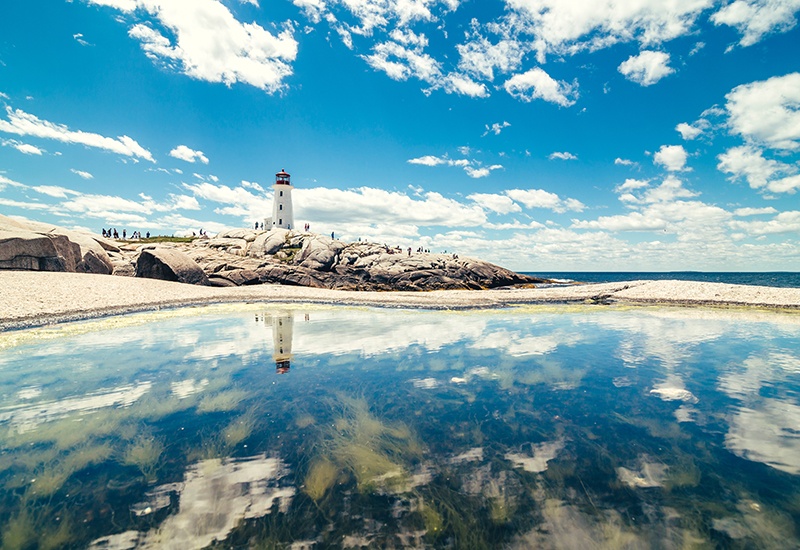 Yes, that lighthouse. The surrounding fishing communities are as charming as they come.

Stay in the Cliff House

Designed by Canadian studio MacKay-Lyons Sweetapple Architects, it is exactly what its name would suggest.

Our version of State Route 1. Which is to say, probably Canada’s most scenic drive.

This magnificent trail offers perhaps the country’s best sunset. Just make sure to watch your step.

One of those things everyone’s dreamed of one day or another. It’s as fulfilling as you’d imagine.

A fantastic beach with the added bonus of being able to surf.

Who could have guessed such a humble beginning would develop into the enterprise it is today? 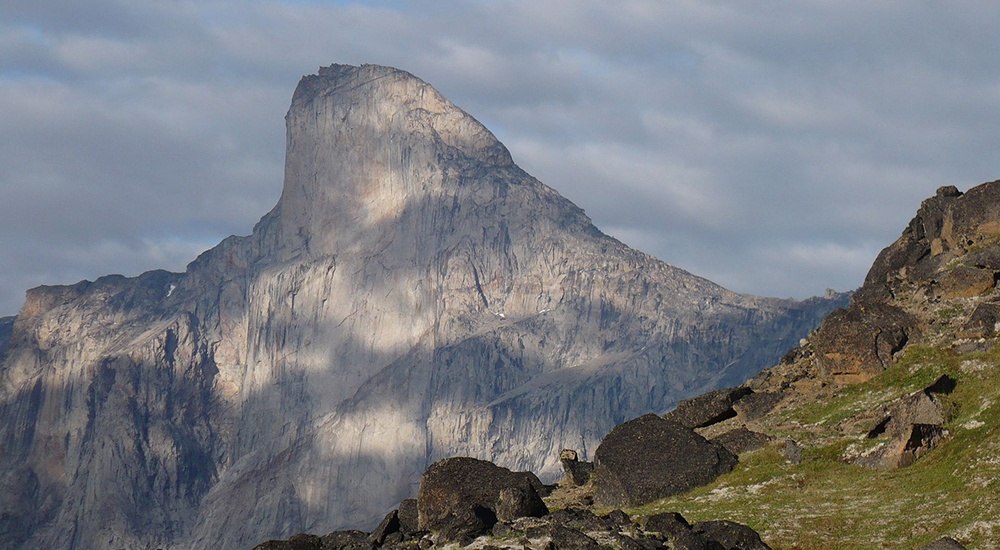 If the Leaning Tower of Pisa were a mountain.

A twin peaked mountain with two flat-topped, cylindrical, rock towers – it’s like someone cut off the top with a saw.

Dogsled through the Arctic

The best – and only way to get around.

Sunshine, open roof, day-drinking – does it get any better?

Sure, the whole town’s a tourist trap, but that doesn’t take away from the fact that the falls are absolutely spectacular. 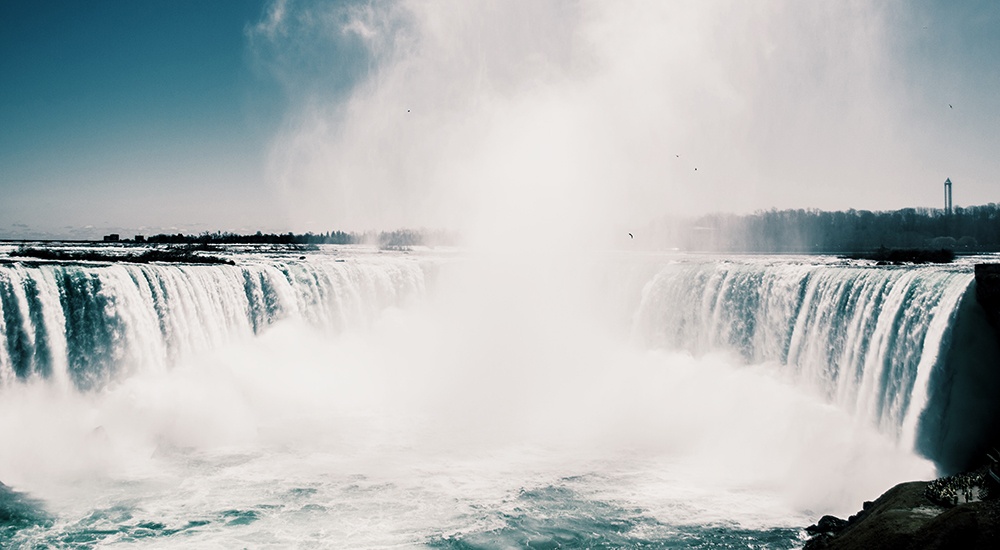 Artisanal shops, street art, a vibrant community, and small town charm combine to make this one of Canada’s coolest neighbourhood.

Celebrate all things Caribbean at the largest festival of its kind. The less clothes, the better.

No, you’re not one phone call to Life Alert away from “old age” – spending hours watching butterflies is damn awesome.

Reminisce about the most fun weekend you’ve ever had. That pretty much captures the spirit of Pride.

Skate on the Rideau Canal, Ottawa

A Canadian classic. Follow it up with a visit to…

See where the decisions you passionately love and hare are made. 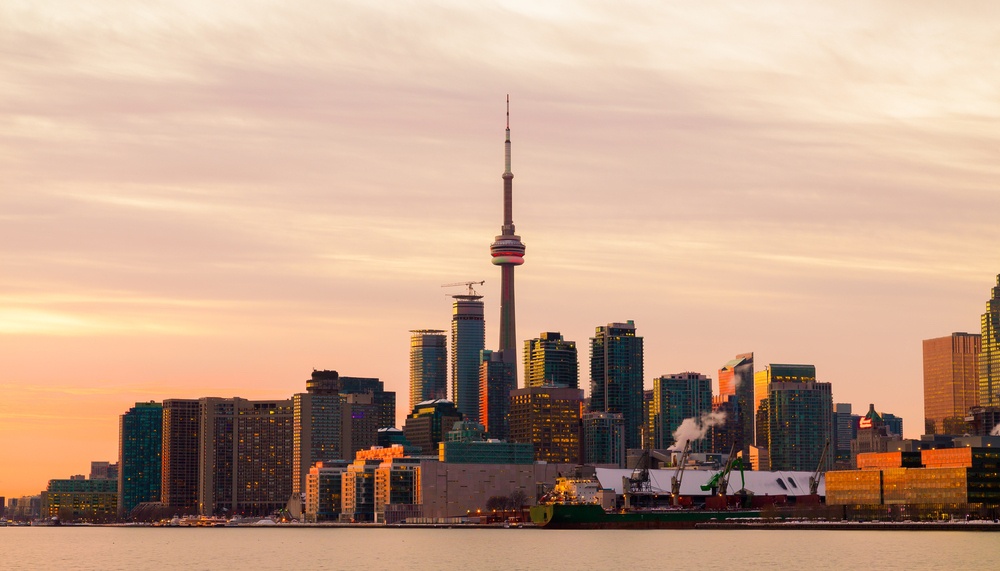 Sure, looking at and from atop is nice. But the real adventure is walking along its edge.

A camping weekend at Algonquin, Between Georgian Bay and the Ottawa River

Especially noteworthy: howling with the wolves during the winter season.

Sure, it’s a little Jersey Shore, but the beaches in and around Wasaga are still some of the best in the country. Shout out to Sauble Beach a little further north.

The Shrine. A must for any hockey-lover.

Pay tribute to one of the greatest Canadians to have graced our land.

Sandbars and dunes for days. Hence the name.

A weekend in Muskoka

The quintessential plot for a beer commercial.

Built between 1959-61 to house Canadian leaders during a nuclear attack, it now serves as Canada’s Cold War Museum.

VIA Rail across the country (start in Toronto)

Always a good time despite the tweens.

Swim the Tobermory grotto. And then…

Really awesome if you can hold your breath for 15 seconds. Really scary if you can’t.

A great way to experience the culture of eight First Nation communities.

Considered by some as the world’s best food market. One visit and you’ll probably agree. Don’t skip the peameal bacon sandwiches.

More than a salad dressing, indeed. Boldt Castle is an especially enchanting sight to behold, as are the surrounding waterfront mansions.

What this town’s really about – pre-Bieber.

See the setting for one of Canada’s most famous novels, written in 1908 by Lucy Maud Montgomery. 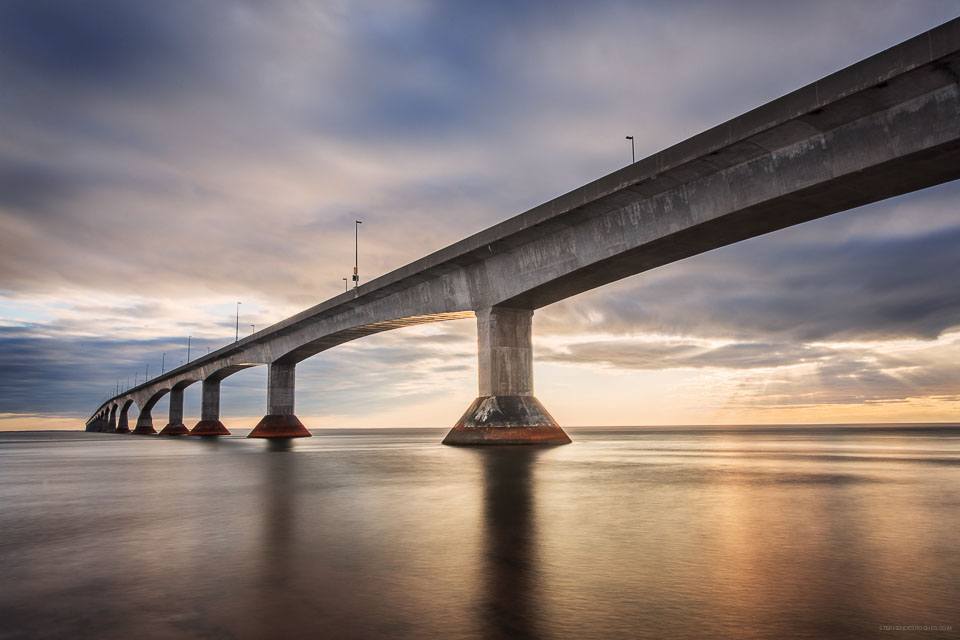 Enjoy almost 13 kilometres of serene views over the Abegweit Passage as you cross from New Brunswick to P.E.I. or vice versa.

Cliche but cool souvenir tip: put it in a jar and gift to everyone you know.

Over 50 kilometres of hiking and cycling trails await among the province’s most beautiful setting.

To answer your silent question: yes, it actually does sing, and it’s one of the few beaches in the world with sand that does so.

The best part, of course, is dining on your bounty almost immediately after catching it.

Eat all of the lobsters

There is simply no better place to indulge in this most drool-worthy, buttery Atlantic delicacy. Sorry, Maine.

Way more fun than it sounds. Align your trip with the PEI Shellfish Festival.

One of the best hockey atmospheres in the world. Preferably when the Leafs are in town. 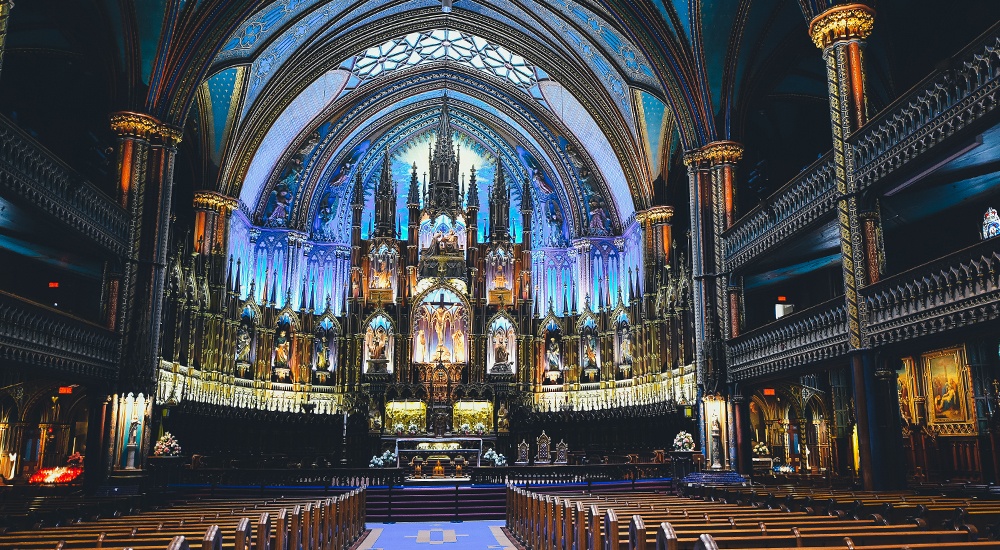 A weekend at Tremblant, Mont-Tremblant

Go for the slopes, stay for the apres.

A staple of the F1 circuit, Montreal is alive day and night for this world-class racing showcase.

The most prestigious and largest fireworks festival in the world.

Your chance to hang out with that Bonhomme fellow your teacher kept talking about in French class.

Yup, a hotel of ice, complete with 44 rooms and theme suites. 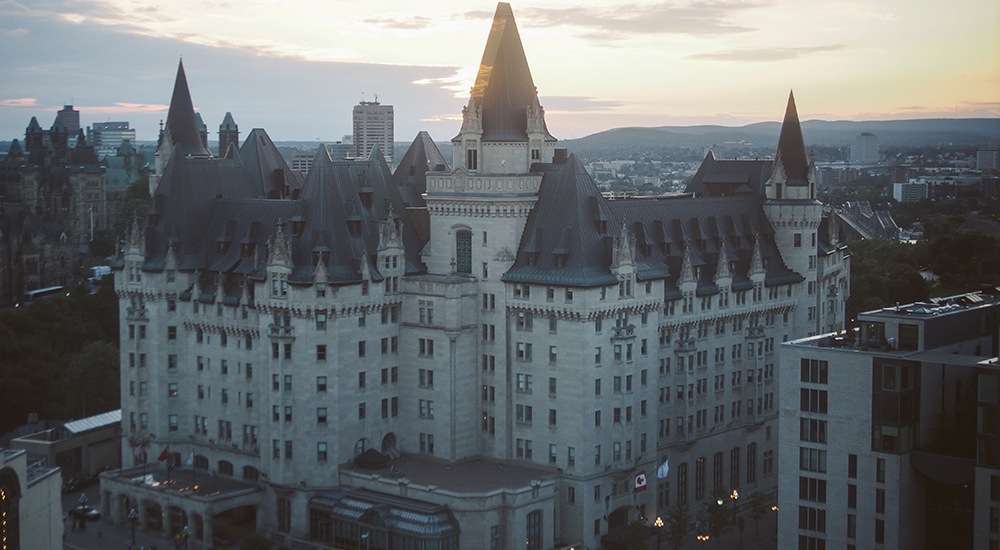 The most photographed hotel in the world – and for good reason. Original hotel built in 1893.

Step a few centuries back in time and take in Canada’s most charming neighbourhood.

Spend a night in a longhouse, Wendake

Check into the Hôtel-Musée Premières Nations for truly original accommodation.

Canada’s premier showcase of jazz, and the largest jazz music festival in the world. Around 3,000 artists perform during the 10-day celebration.

We couldn’t make a Canadian “before you die” list without maple syrup, could we?

Stuff yourself with poutine, All over Quebec 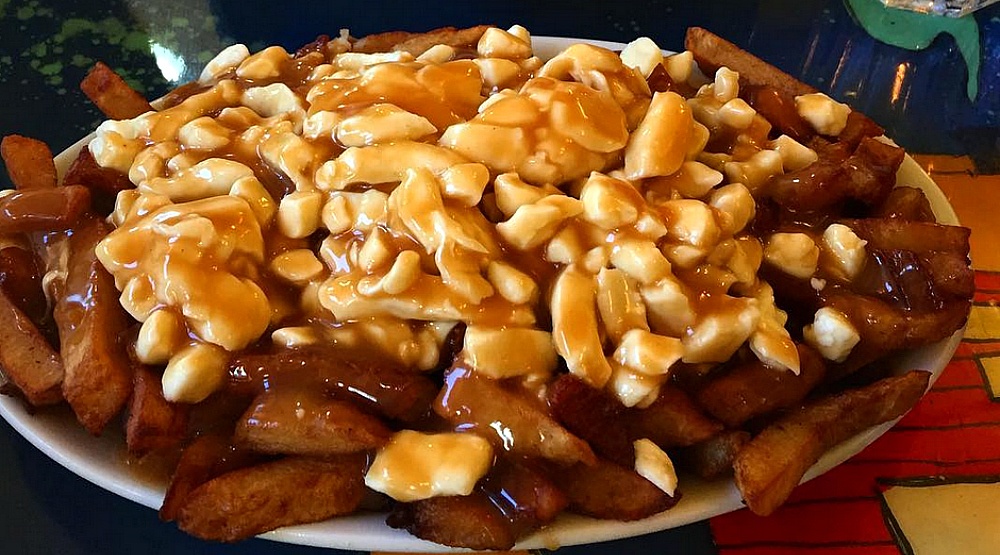 Honour this national treasure the right way by going straight to the source.

*Google searches “can you die from a 200 foot fall into a quarry?”

An oasis of natural wonders and cultural treasures.

Showcasing the natural, geologic, and First Nations history of Saskatchewan.

A 9.3 square kilometre park built around Wascana Lake – the perfect spot to spend a summer day.

Explore the lands of the first inhabitants of the area around Saskatoon with a full program of First Nations activities. 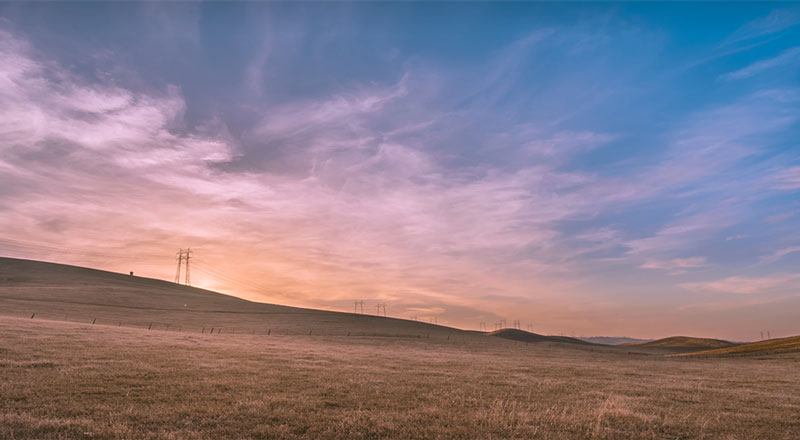 Some say you can actually see the earth’s curve somewhere over the horizon.

Appealing for both history and fashion buffs.

So you don’t have to play pretend cowboy.

Bet you didn’t see that coming. A marvellous wonder, albeit a bit out of the way.

Probably the best place in the world to do so.

Featuring 13 species of northern Canadian mammals in their natural environment, including the ever-so-awesome mountain goat.

Notable for its intense green colour (obviously). Like the Northern Lights, except in a lake.

SS Klondike was the name of two sternwheelers that plied the upper Yukon River between Whitehorse and Dawson City in the early twentieth century. Basically, they were the economic engine of the entire territory. 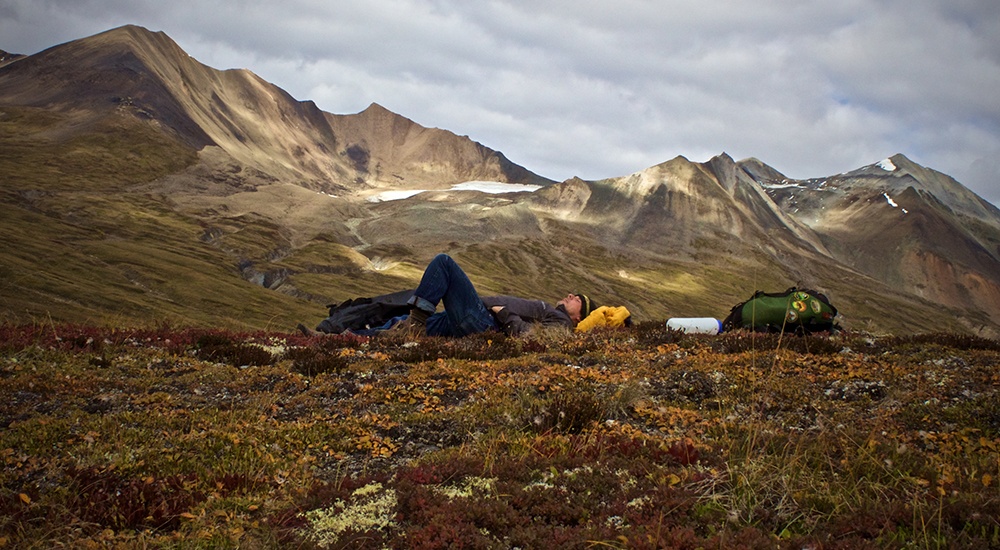 “I’m taking an RV through the Yukon” just sounds so great. Make it happen.

Take in the midnight sun

24 hours of sunlight are what dreams are made of – for about 24 hours, and then it’s a nightmare.

You know you’ve always wanted to add “looking at icefields” to your hobbies.

Tombstone Mountains? Yup. We’re starting to lose count of just how many mountain ranges run through Canada. Be sure to check out Grizzly Lake.