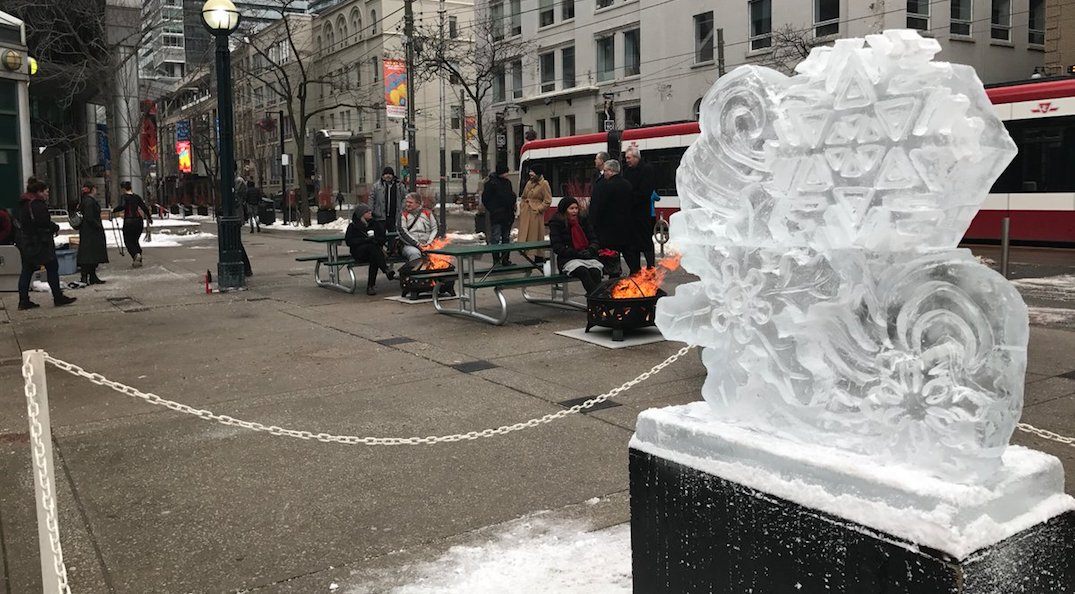 While the King Street Pilot is working in terms of improving transit, businesses may not have been thriving as much.

In December, a month into the Pilot Project, the City of Toronto began giving out a parking discount for the pilot area. “This parking discount will help local businesses get the word out that this vibrant area of our city is as easy to access as ever, no matter how you travel,” said Mayor John Tory at the time.

“We are here today announcing a series of initiatives designed to get people walking along this street and being active on this street as they have been before,” said Tory at the press conference at David Pecaut Square on Tuesday morning.

Thompson, the chair of the City’s economic development committee, announced that the city will be introducing warming stations, ice sculptures, fire performers, and art installations along the street.

The City will also be promoting “Eats on King,” a new program launching with restaurants in the pilot neighbourhood. Described as similar to Winterlicious, Eats on King will start on February 19 and run until March 29.

To revitalize King Street and bring foot traffic, the City of Toronto is also launching the “Everyone is King” design competition on January 15. The intent of the competition is to create a series of attractive curb lane public spaces on King Street for everyone to enjoy.

“I am pleased we have seen improvements to the efficiency of King Street as part of the downtown transportation network,” said Tory. “I want to make sure that King Street remains a great place to eat, shop, gather and be entertained during this pilot. This program will encourage people to continue to come out to King Street.”

Tory said pilots allow for changes, and that the city is listening to the concerns of the public everyday. He also said the pilot will not be ending early, and that they will see it through.

“Change is often challenging, but that doesn’t mean you don’t do it,” said Tory. “We’re going to continue to make the changes we have to make to make the city work.”