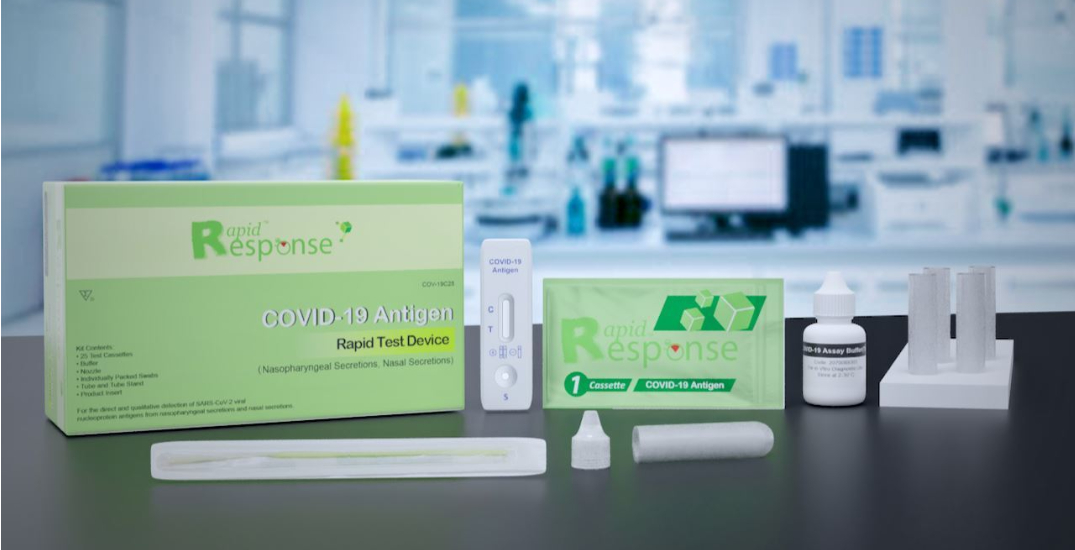 Run, don’t walk, to Yonge and Eglinton, where Switch Health is giving out free COVID-19 rapid antigen tests to the public.

The news spread quickly on Twitter as Torontonians grabbed their tests and shared the good news. Ontarians have been calling on the province to give out rapid tests ahead of the holidays in light of a surge in COVID-19 cases and the new Omicron variant.

Didn’t know this was happening! At Yonge and Eglinton for any member of the public pic.twitter.com/h1ryrbQpb0

It’s not immediately clear how many tests are available or if this is part of the province’s “holiday testing blitz.” Ontario is planning on administering rapid tests in high-traffic areas such as malls, retail centres, transit hubs and holiday markets as part of the campaign.

Toronto City Councillor Josh Matlow tweeted that the stand giving out rapid tests is set up on the southwest corner of Yonge and Eglinton. They are located just inside the entrance of the Canada Square building.

Thanks, Derek! Great opportunity to get a free COVID-19 Rapid Tests at the SW corner of Yonge and Eglinton today. Good choice for a safer holiday season. https://t.co/Yc0Q1AAdI7

The rapid tests are completely free to anyone who wants one, and you won’t even have to pay subway fare to get your hands on them – unless, of course, you’re commuting to Yonge and Eglinton for your own!

FREE Rapid Antigen Tests are being distributed at the Yonge Eglinton, Eglinton subway entrance. You do NOT have to show ID OR pay a TTC fare either to receive test.

We have been calling for this but distro must be organized and transparent!

May the odds be ever in your favour.