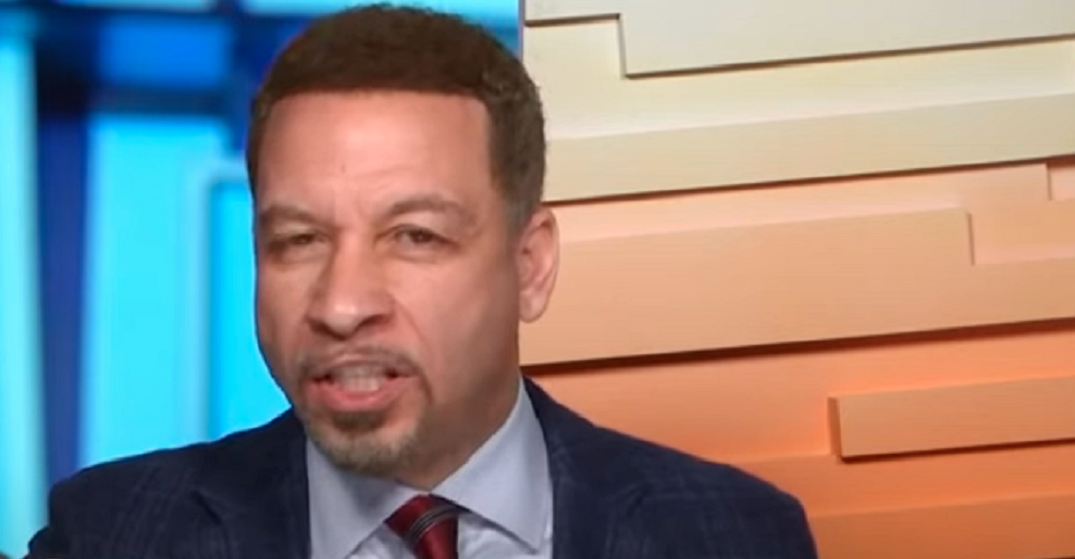 On a segment about the Toronto Raptors’ chances at landing Kevin Durant, Broussard had plenty of opinions about the team and the city that didn’t exactly land well north of the border.

-him comparing Scottie Barnes to Ben Simmons
-saying maybe a Ben Simmons trade makes sense for the #Raptors
-"The best players they have tend to be the international guys… or DeMar DeRozan, Kyle Lowry, who weren't superstars." pic.twitter.com/iaSQnVeOcs

“Great city, but it’s not America, and you feel it when you’re there,” Chris Broussard said on Monday’s edition of First Things First. “Especially as an African American, it’s a different situation than African Americans are used to being in… I’ve talked to people in that organization pre-Ujiri about can they keep African American superstars there?”

As a white Torontonian, I obviously can’t speak on the Black experience of living in the city.

But it does not seem to line up with what the Raptors have said about the city and playing in Canada.

“We have a great relationship with the city, the franchise, ownership, management,” Fred VanVleet said in an interview with Daily Hive last month. “It’s a match made in heaven for me. I love being a Toronto Raptor.”

“Having the whole country behind your back, being at your side from your ups and downs, through each and every game, [and] supporting you no matter what’s happening. It feels amazing,” Scottie Barnes said on a recent Twitch stream.

And of course, Toronto is made up of a little over half (51.5) visible minorities per the 2016 census and is widely known as one of the world’s most multicultural cities.

Inaccuracies aside, “Pre-Ujiri” was perhaps the strangest part of the rant, though.

Raptors fans had plenty of opinions on the clip.

Typical American reaction by Broussard here. Dude has no clue that Toronto is basically the most multicultural city in North America. I’m pretty sure KD would easily embrace the city (as well country) and vice versa. #WeTheNorth pic.twitter.com/sjw0W0Ah2h

Chris Broussard is a clown and this is one of the dumbest things I've ever heard on a sports talk show … and boy is that saying something. https://t.co/8qeBTL9R80

There’s so much wrong with this

2) Chris Broussard has never been to Toronto, apparently

3) this man said PRE Masai Ujiri (which is a decade) https://t.co/nIWrpn3tqJ

Honestly, I think Broussard doing anti-Toronto propaganda is a sign of things going well for the Raptors.

Chriss Broussard's comments are a reminder that many in the US HATED that the Raptors won in 2019. It bothers them SO much and it makes me happy.

I will bathe in his tears. Go Raptors

Bro this is an awful take. Normally don’t have an issue with Broussard but our GM and the man who “oversee the whole ting” is African American.

Broussard did nail one thing, though. Toronto is definitely not America.