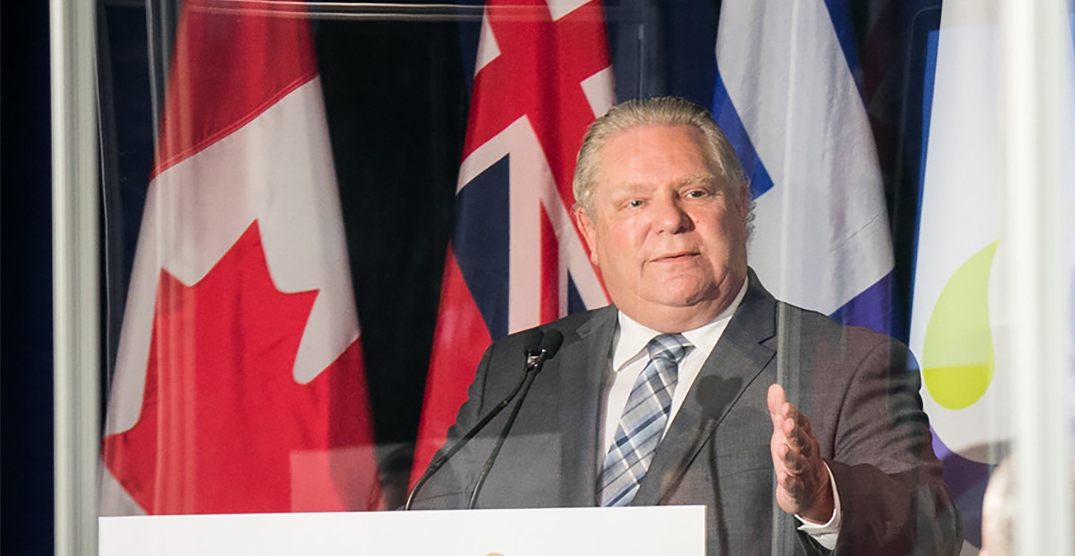 Ontario will keep schools closed for the duration of this academic year due to COVID-19 risk.

In-class learning will resume in September, when educators will have two doses of COVID-19 vaccine, Premier Doug Ford announced from Queen’s Park on Wednesday afternoon.

Ford cited concerns about a potential increase in cases from reopening schools and the spread of variants of concerns as reasons for keeping kids home.

“We’ve seen clearly in the modelling that returning kids and teachers back to school before they’re vaccinated will lead to thousands of new cases,” he said. “While no one wants kids back in schools more than I do, as premier, these aren’t risks I’m willing to take.”

Instead, the province will focus on allowing other children’s activities this summer, such as sports, swimming lessons, day camps, and overnight camps.

Ford’s decision goes against the stance of Ontario’s Chief Medical Officer of Health Dr. David Williams, who has said since late May that schools should reopen.

“My position always has been that schools should be the last to close and first to open,” he said during a May 25 news conference.

Ontario is scheduled to move into Step 1 of its reopening plan by June 14, when restaurants will welcome diners on their patios and non-essential retail businesses will open with limited capacity.

Ford denied he was choosing the economy over schools when he faced questions from journalists Wednesday, and said sending kids to an indoor environment for eight hours a day was too risky.

“We know it’s going to spread. [Children are] going to bring it home, give it to their families … and here we go again,” Ford said.

Modelling from the COVID-19 Science Table in late May showed that opening schools could lead to a 6% to 11% increase in COVID-19 cases. Science Table co-chair Dr. Steini Brown said at the time that the bump would be “manageable.”

On May 29, the Science Table suggested schools could reopen on a regional basis without driving up virus cases.

Last week, Ford wrote a letter to nearly 50 experts in education, health, and public health seeking their opinions on whether it was safe to open schools. Many wrote back supporting reopening schools, but they couldn’t deny the risks of variants and increased spread, Ford said.

Ontario NDP Leader Andrew Horwath criticized Ford for letting the school situation get to this point by failing to improve school safety earlier in the pandemic.

“Ontario is the only province with schools still closed because Doug Ford didn’t want to spend the money on smaller classes, better ventilation, and testing,” she tweeted.

Ontario is the only province with schools still closed because Doug Ford didn’t want to spend the money on smaller classes, better ventilation, and testing.
Parents and kids are struggling.
This govt needs to make the investments so schools can be reopened safely. #onpoli #onted

A coalition of children’s health organizations including SickKids and Holland Bloorview said it’s disappointed that Ford chose not to follow the broad consensus among experts to reopen schools regionally.

“Throughout the pandemic, children and youth have made enormous sacrifices, from missing school, to the delays of surgery and treatment,” it continued. “To date there has been inadequate attention to their needs. For many kids, the decision by the government will impact their learning, development, physical and mental health not only now but for years to come.”

Ontario’s children have been out of school longer than any other province in Canada, impacting not only their learning, but their physical and mental health. We must act now to prioritize children in our pandemic recovery. Read our full statement. #KidsInCrisis pic.twitter.com/I4fUQzddSV

Schools in Ontario have been closed since early April, when a growing third wave of infection put a strain on hospitals as ICUs filled up with COVID-19 patients. Infections and transmission rates have come down significantly since then because of a two-month Stay-at-Home order and increasing levels of immunization.

More than 9 million doses of COVID-19 vaccine have now been administered in Ontario, and eligibility has been extended to anyone aged 12 and up.