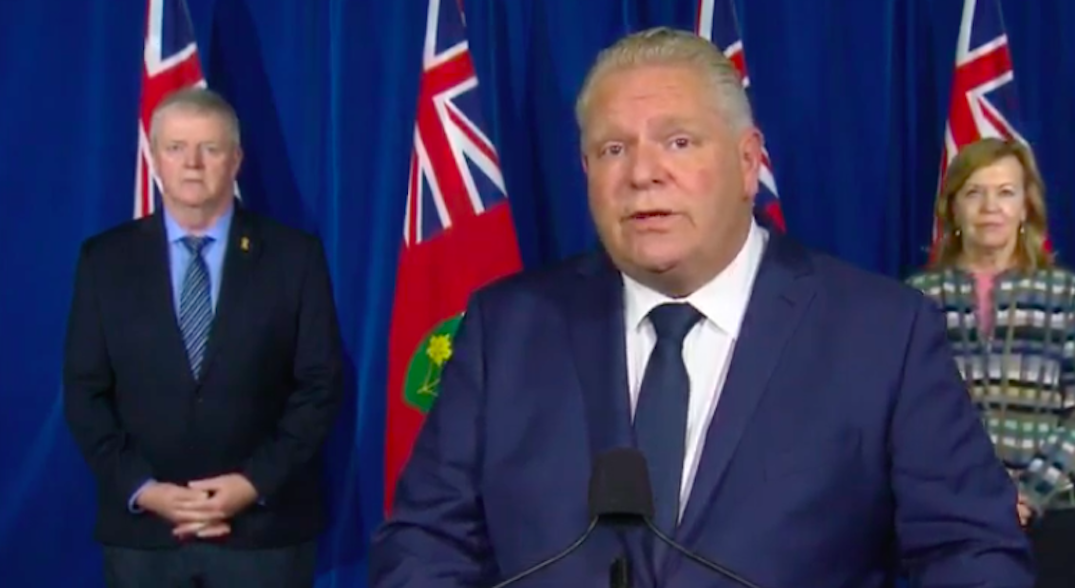 Premier Doug Ford told the protesters outside his home to “stop acting like a bunch of buffoons” and urged them to protest at Queen’s Park instead.

On Friday during a press conference, when asked about the anti-mask protesters picketing at his property, the premier defended his neighbours.

“Every single day there’s protesters outside my house. It doesn’t affect me — I’m not there. I have the best neighbours anyone could ever ask for, and they didn’t sign up for this. They’re not making decisions for the government; it is totally unfair. It’s unacceptable that they have to put up with this because they’re living beside the premier,” he said.

Ford emphasized it “is totally unacceptable” that his neighbours are being “intimidated” and “threatened.”

“These people need to stop. You want to protest me? Come down to Queen’s Park, you can do cartwheels, you can jump up and down, but there’s an unwritten rule here in Canada: you don’t go after people’s families and neighbours. Come after me, not my neighbours.”

The premier continued, saying he wants to “sincerely apologize” to his neighbours and that he is grateful for their support.

But Ford didn’t stop there. He continued to say that if the protesters believe their actions will ever sway his opinion about the pandemic, “that will never ever happen.”