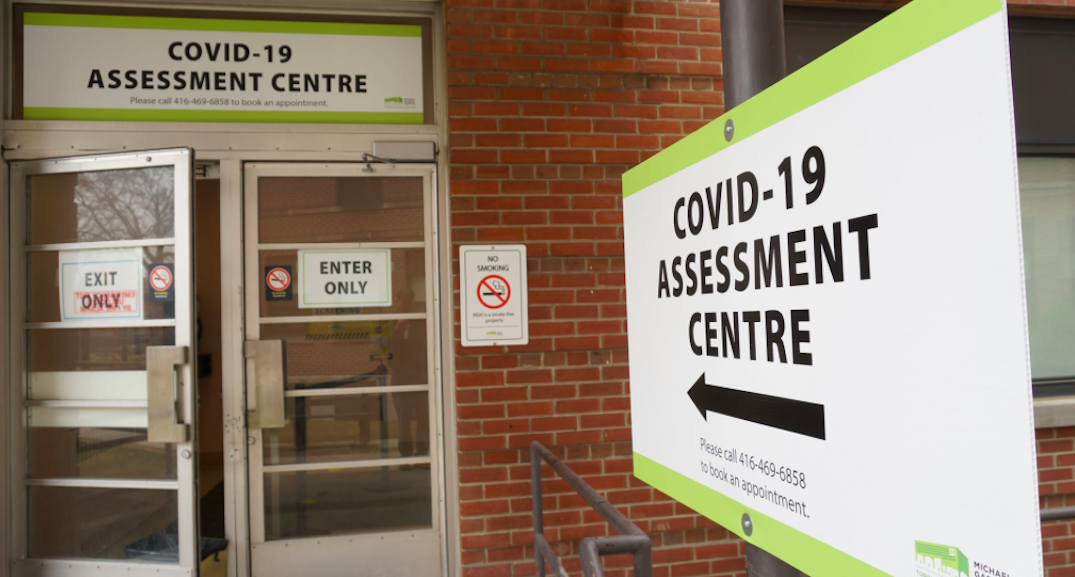 Ontario health officials released new COVID-19 projections on Thursday afternoon, showing that daily cases could reach over 9,000 by the end of December.

During a press conference, health officials noted that key indicators of the pandemic are flattening in some regions, but the impact of COVID-19 still varies widely across Ontario.

Dr. Adalsteinn Brown, Dean of the Dalla Lana School of Public Health at the University of Toronto, presented the new data.

When looking at Ontario with 1 to 1.01 case rate growth, case counts would be sitting around the 2,000 range by the end of the tear.

And if it is a 1.05 growth, over 9,000 daily cases will be seen in Ontario, surpassing the Netherlands and Michigan.

Recently, Ontario has been in the 1.01 growth range, but Brown said this is a conservative estimation.

Two weeks ago, the province announced projections shows that cases could reach up to 6,500 daily cases by mid-December. Shortly after, Toronto and Peel Region were moved into a lockdown on November 23 to help curb the cases. 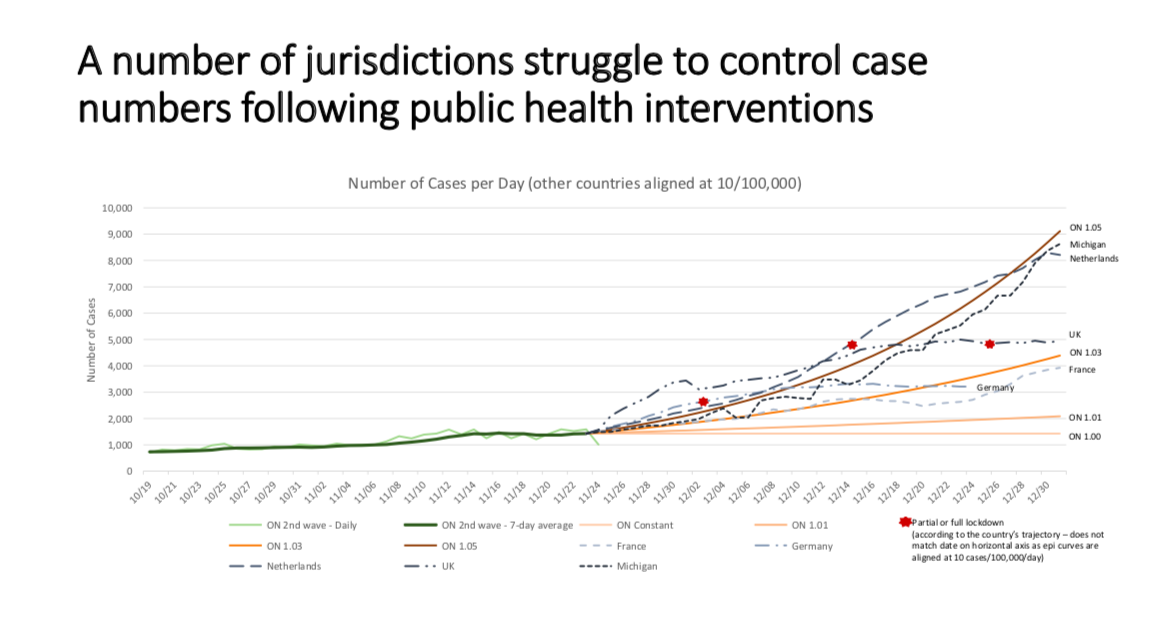 He noted that ICU occupancy continues to increase and will hit 200 beds in December under any scenario — the threshold is 150.

It’s also important to note that some communities face a much higher burden from the Pandemic because of long-standing structural factors that lead to higher exposure to COVID-19. One-size-fits-all public health interventions are unlikely to have the same impact in some communities.

When it comes to long-term care homes, while cases are flattening the total mortality rate has increased, with 64 deaths reported last week. 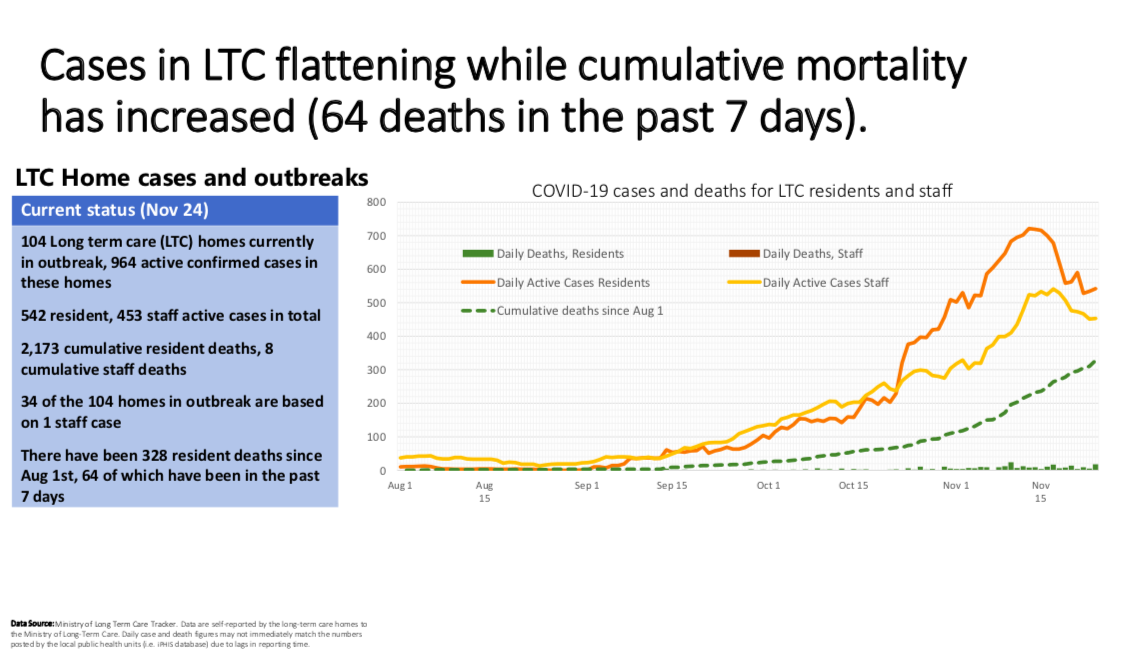 The number of tests being processed within two days is increasing in York Region and Toronto but taking a dip in Peel. 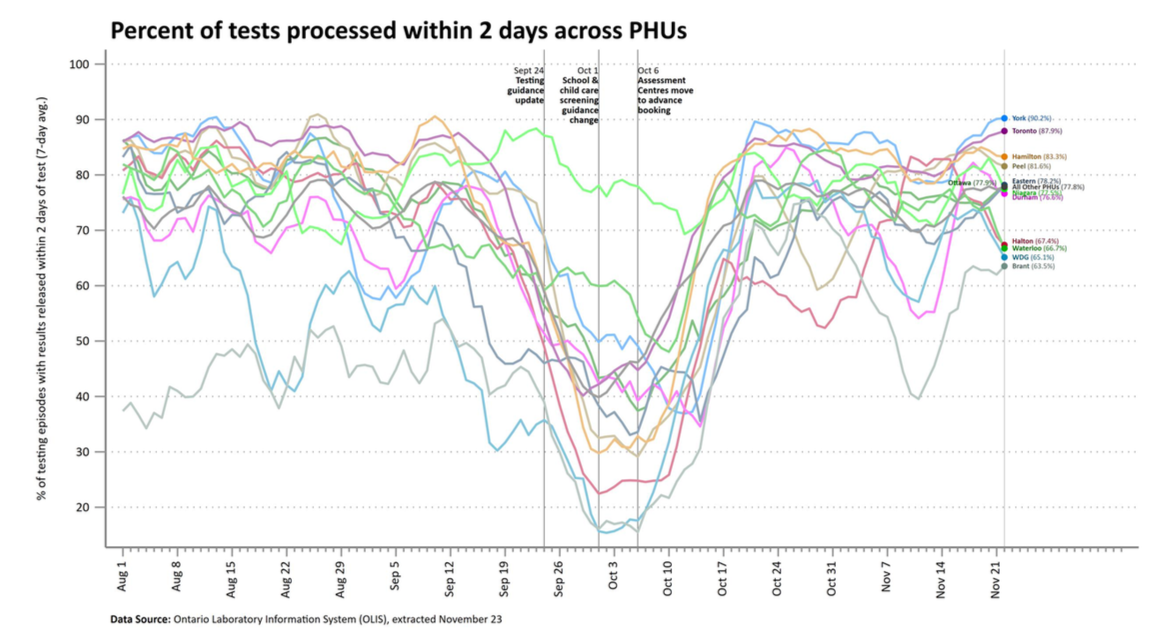 Brown said there isn’t a flattening yet, and that “we’re in a fragile, precarious position.”

He also noted that because there is such variation in the regions, it’s more like “micro pandemics” across Ontario. 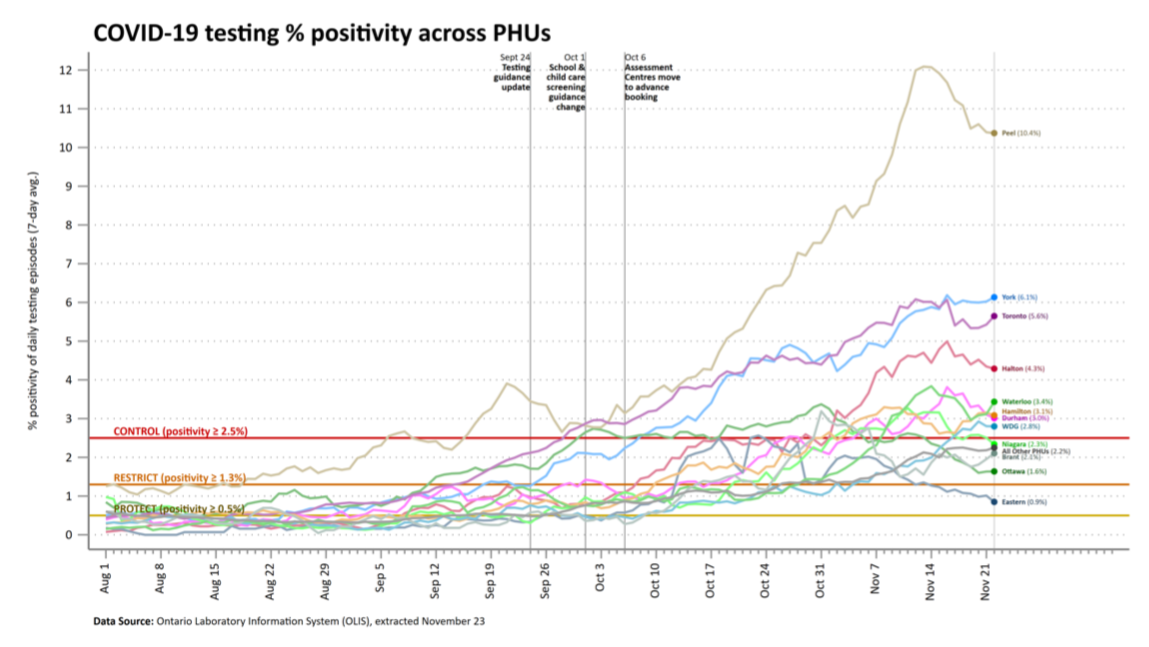 When looking at weekly infection rates, Peel is in a significant lead with 175 cases per 100,000 with Toronto in second with 95 and York Region with 83. 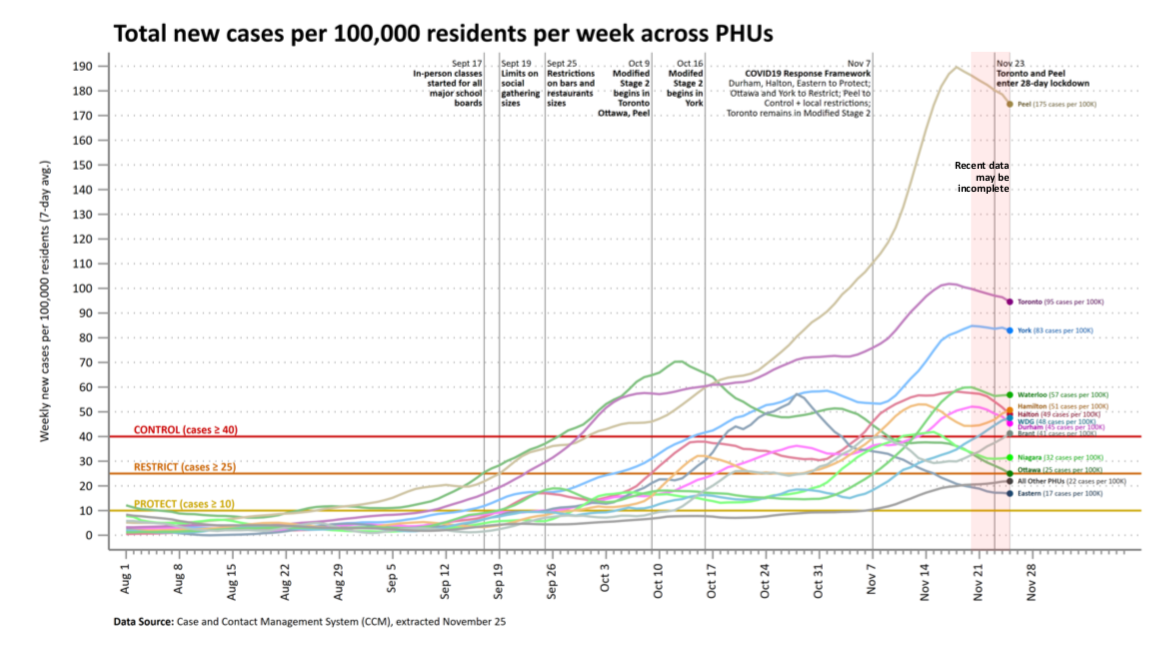 Brown also pointed to household density and occupation puts individuals most at risk of infection.

This means if one lives in a higher household density and size or if there are more essential service workers, the likelihood of contracting the virus is increased.

And there is a direct correlation with higher case counts amongst residents who do not have “suitable” housing.

Therefore, the one-size-fits-all approach does not work due to various inequities and environmental reasons.