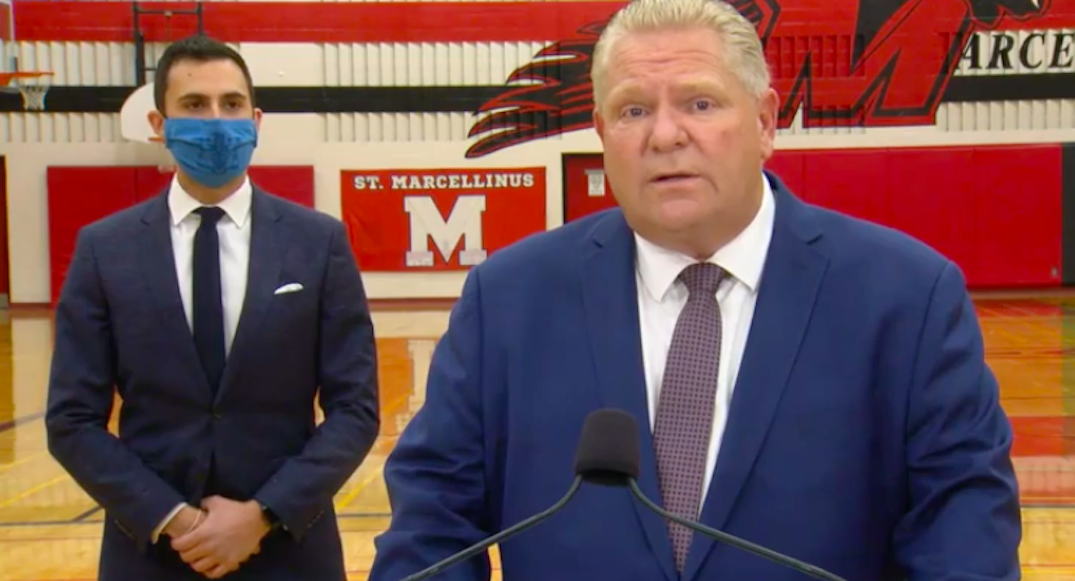 Premier Doug Ford said that he wants a “decisive plan” from the federal government on the rollout of the COVID-19 vaccine.

During a press conference on Thursday, Ford responded to Prime Minister Justin Trudeau’s remarks earlier this week, saying it was “premature” to estimate the arrival of the vaccine in Canada.

“Even if we get dribs and drabs, that plays a critical role no matter what vaccine we get like the -75ºC one or the one that doesn’t need the -75ºC we need to know. Are we getting 100,000 a week and then another 100,000 the next… this will be the largest logistical challenge, but we need to prepare.”

The premier emphasized that his government needs to start planning the rollout of the vaccine and that Canada “can’t be last in line” to receive the vaccine.

“We can’t have our US neighbours going first while we’re waiting two or three months as their economy takes off and we’re twiddling our thumbs…hopefully, we’ll have some answers and a decisive plan from the federal government.”

Before Ford’s daily press conference, federal health officials confirmed that agreements had been reached to procure up to 194 million doses of COVID-19 vaccines, with the option to purchase an additional 220 million more.

The deals were made with seven vaccine manufacturers, five of which are “firm.”

It was noted that vaccines can be accepted into the country even before Health Canada has approved them. However, they would not be distributed to the provinces until they have been authorized.

Vaccines are expected to be available in the first quarter of 2021, but supplies will be limited to three million at first.