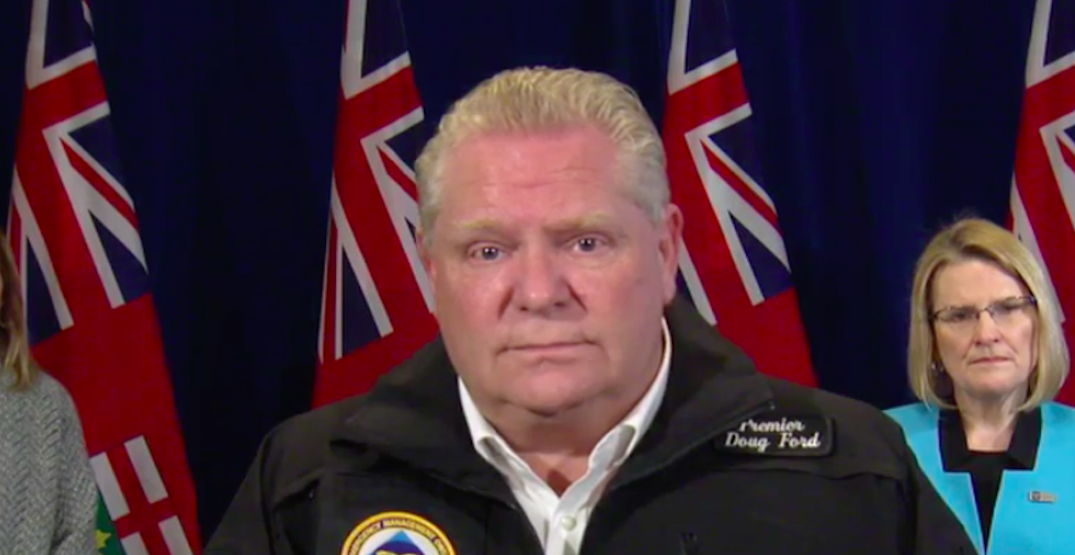 Ontario Premier Doug Ford said it’s “night and day” compared to Canada and the US, when asked about President Donald Trump’s handling of the protests for the death of George Floyd.

Ford said that in Canada, there are not the same systemic, deep roots of racism that the “US has had for years.”

“The difference between the US and Canada for the most part, is we get along, we all live beside each other, we share communities.”

In a graphic video posted to social media on May 26, 46-year-old Floyd was heard repeatedly saying that he cannot breathe while being held down by then-Minneapolis police officer Derek Chauvin.

Several protests and marches condemning the act also took place in Canada over the weekend, including in Toronto, Montreal, and Vancouver.

When asked about President Trump’s handling of the situation, Ford said that he does not have time to watch the news as he has been making work calls until 11 or 12 at night, but he is worried about the province.

“I’m worried about Ontario,” Ford said on Tuesday during his press conference. “The US have their issues, there’s no doubt. They have to fix their issues. But it’s night and day compared to Canada and the US.”

“Good luck to them and hopefully they can straighten out their problems.”

He then said, “Thank god, we’re different than the US.”

The premier finished his remarks by saying he’s proud to be Canadian.

Earlier on Tuesday, Prime Minister Justin Trudeau gave over a 20 second pause before answering a question by CBC on Trump’s call for military action against protesters.

“We all watch in horror and consternation what’s going on in the United States,” the prime minister said when he finally spoke.