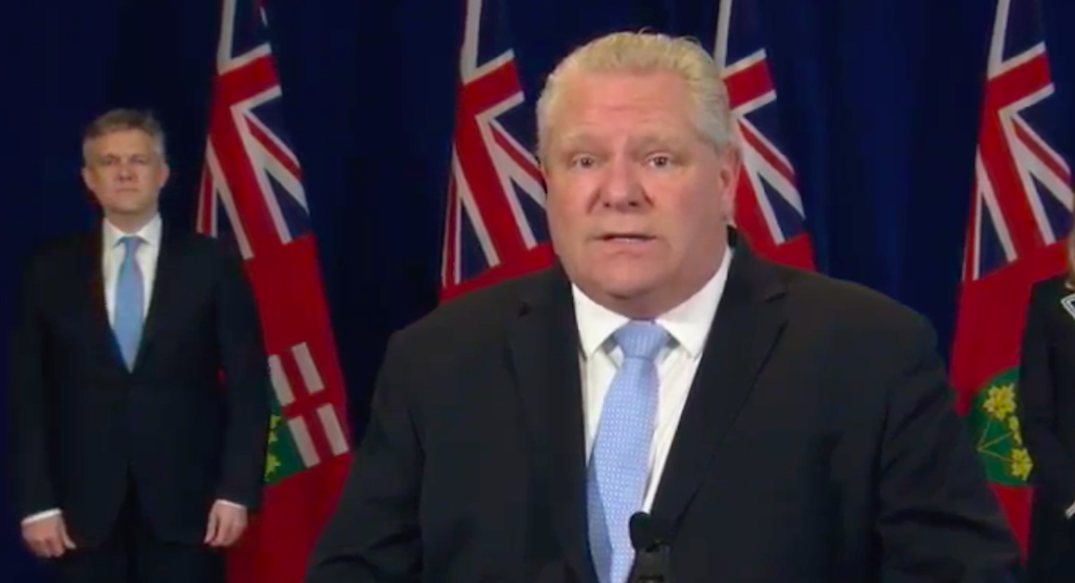 Ontario Premier Doug Ford condemned racism, saying there is “zero tolerance” for anyone who targets the Black community.

Ford’s comments come after the protests seen across the US for the death of George Floyd.

“Racism and hatred has no place in our province,” Ford said.

“There is no tolerance for anyone targeting the Black community and any minority group.”

Ford added that people are coming face to face with the most difficult problems society faces, which stem from a history of “racism and abuse.”

“It’s not only about bringing these issues to light, it’s also about facing them and working together to address them,” Ford said.

The premier added that it has been a “difficult year” and “the hardest we’ve seen in our lifetime.”

Commenting on the protests and the COVID-19 pandemic, the premier said that Ontario has tackled the unpredictable obstacles so far, but that all levels of government need to support communities in “these difficult times.”

“I know some of you feel a little uncertain about the future, but my government will always stand with you,” Ford said.

“For far too many Canadians, the images and stories out of the United States are all too familiar,” he said. “As a country, we can’t pretend racism doesn’t exist here. Anti-Black racism is real. Unconscious bias is real. Systemic discrimination is real. And they happen here in Canada.”

Trudeau added that anti-Black racism is a lived reality for millions of Canadians every day.