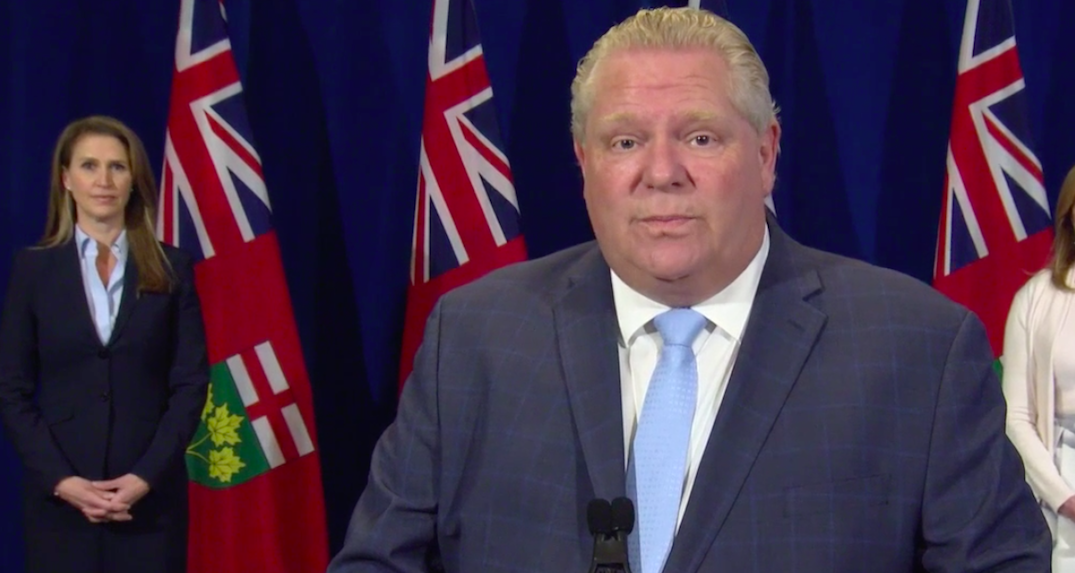 Ontario Premier Doug Ford is expected to unveil a new COVID-19 testing strategy, in order to ramp up testing in the province.

On Thursday, 17,615 tests were completed from the previous day — some of the highest numbers of tests so far.

Premier Doug Ford wanted the province to test 16,000 people daily starting on May 6. Testing had been falling short recently, until Thursday’s report.

On Tuesday, the Minister of Health’s office said, an increase in asymptomatic testing in Ontario is already underway.

Over the weekend, the province issued expanded guidance on asymptomatic testing for individuals living in the community.

“In addition to testing all people with at least one symptom of COVID-19, assessment centres will also conduct asymptomatic, risk-based testing,” Hayley Chazan, the senior manager of media relations told Daily Hive at the time.

On May 24, a memo was released providing additional testing direction based on guidance provided by the Chief Medical Officer of Health, Dr. David Williams.

“Our approach to testing will continue to evolve, based on evidence from Ontario and other jurisdictions and the public health indicators that we are monitoring closely,” the memo said.

“Effective immediately,” testing is available for symptomatic testing if an individual has at least one symptom of coronavirus, even for mild symptoms.

Also, for people who are at risk of exposure through their employment, including essential workers.

The memo states that “no Ontarian who is symptomatic or who is concerned they have been exposed to COVID-19 will be declined a test at an Assessment Centre” either through appointment or walk-in.

Ford has been vocal on the issue of testing in the province.

Last week, he said that increased testing must happen in the broader public with automotive and food processing industries, healthcare workers, and long-term care homes specifically.

“I want truckers tested, taxi drivers tested, long-term care, healthcare workers… We can’t just test everyone and walk away. We need to test them again. We need to ramp up testing,” Ford said.

“I want as many people tested as absolute possible.”