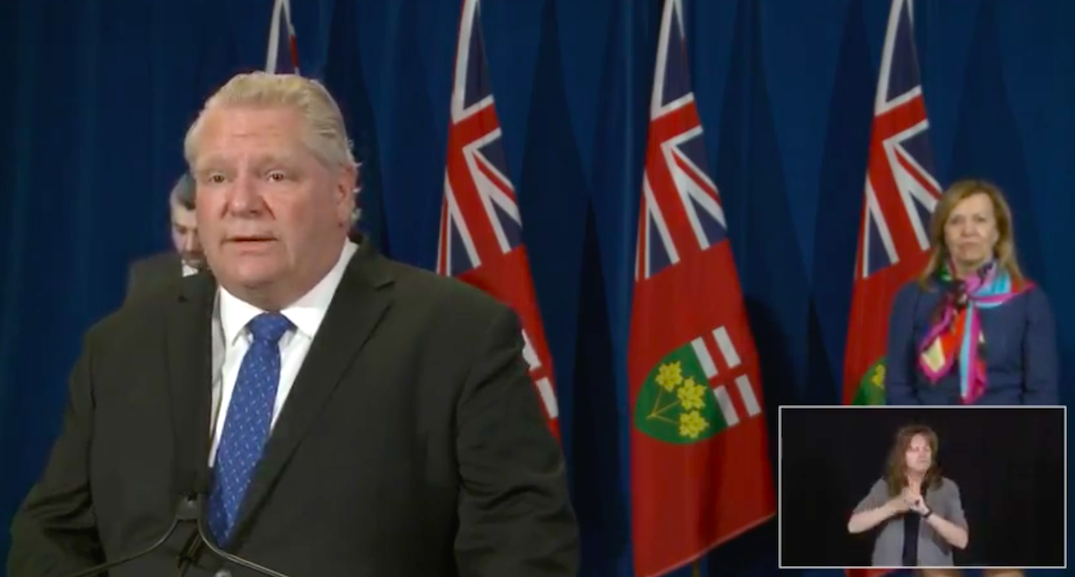 Ontario Premier Doug Ford said that COVID-19 testing in the province needs to “ramp up” to test as many people as possible, as the economy starts to reopen.

On Thursday, Ford said that a plan will be coming next week to boost coronavirus testing, focusing on randomized tests.

The premier added that increased testing must happen in the broader public with automotive and food processing industries, healthcare workers, and long-term care homes specifically.

“I want truckers tested, taxi drivers tested, long-term care, healthcare workers… We can’t just test everyone and walk away. We need to test them again. We need to ramp up testing,” Ford said.

“I want as many people tested as absolute possible.”

He also mentioned that testing cannot just happen with individuals showing symptoms, but with asymptomatic people as well.

“I’m not a medical expert, but until we do that we can’t get our hands around the whole system. How many asymptomatic people are out there right now?”

While Ford said he has the confidence in Ontario Health and public health he is still “frustrated” by the lack of testing.

“I will be like an 800 pound gorilla on their backs if I have to get testing up.”

The premier acknowledged that the assessment centres aren’t seeing a lot of patient traffic and asked that individuals experiencing any symptoms to go get tested.

On Tuesday, province entered Stage 1 of its framework to reopen the economy, allowing certain businesses and recreational activities to reopen.

Ford said that over the last five days coronavirus cases have been increasing and testing numbers “haven’t been there.”

There were 10,506 tests completed from the previous day on Thursday. This is an increase from the 7,382 done on Wednesday and the 5,813 done on Tuesday.

Ford said that he won’t hesitate to slow down the reopening of the economy, based on the advice from Chief Medical Officer of Health.

While the Minister of Health, Christine Elliot, said that overall the trend in cases is moving downward, it will be up to the Chief Medical Officer to judge if certain sectors of the economy need to remain closed or if parts of Stage 1 need to be rolled back.