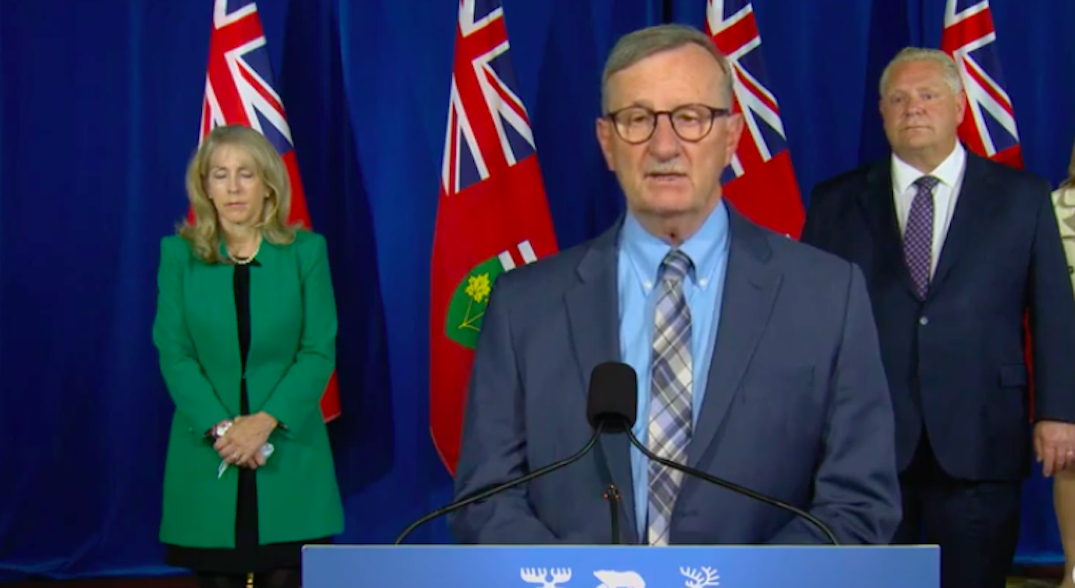 The Ford government did not get unanimous support to extend the Chief Medical Officer’s time in office by an additional seven months.

On Monday, Premier Doug Ford’s government said that they tabled a motion to reappoint Dr. David Williams that, if passed, would see the reappointed commencing February 16, 2021, up until September 1, 2021.

“Now more than ever, we need experienced, stable leadership. We need someone who fully understands the pandemic and the province’s public health system as we continue to work collectively to stop the spread of COVID-19 and continue the work preparing for the deployment of vaccines. There is no one better suited for the job than Dr. Williams,” Health Minister Christine Elliot said in a statement.

She noted that with the pandemic, Ontario has achieved “some significant milestones in its fight against COVID-19” like increasing testing, and case and contact management as well as bending the curve in the first wave.

She also noted his success with the Ministry of Education to ensure schools remain safe and stay open; however, this plan has received backlash for each class’s large cohort sizes.

In response to this decision the NDP called for a non-partisan discussion about the government’s plan to re-appoint Williams and would not provide unanimous consent to allow this decision to be made.

This means the decision will now come down to a vote.

“The Chief Medical Officer of Health is a critical player in the pandemic response strategy. Re-appointing him with no process and no discussion is turning this key public health decision into a political game,” said Deputy Leader of the Opposition Sara Singh, in a statement.

But the request was not met.

“We recognize there are very legitimate concerns about how the government is handling this pandemic. The Ford government cut back on public health protections just as the second wave was starting to surge, and set disastrously high thresholds for action,” said Singh.

“People are legitimately concerned about whether Dr. Williams actually advised Doug Ford to do these dangerous things — or, rather, if Dr. Williams is just justifying political decisions.”

Williams has also received backlash over the confusing messaging around holidays and the high thresholds for the province’s colour-coded system, which had to be changed to reduce virus spread.