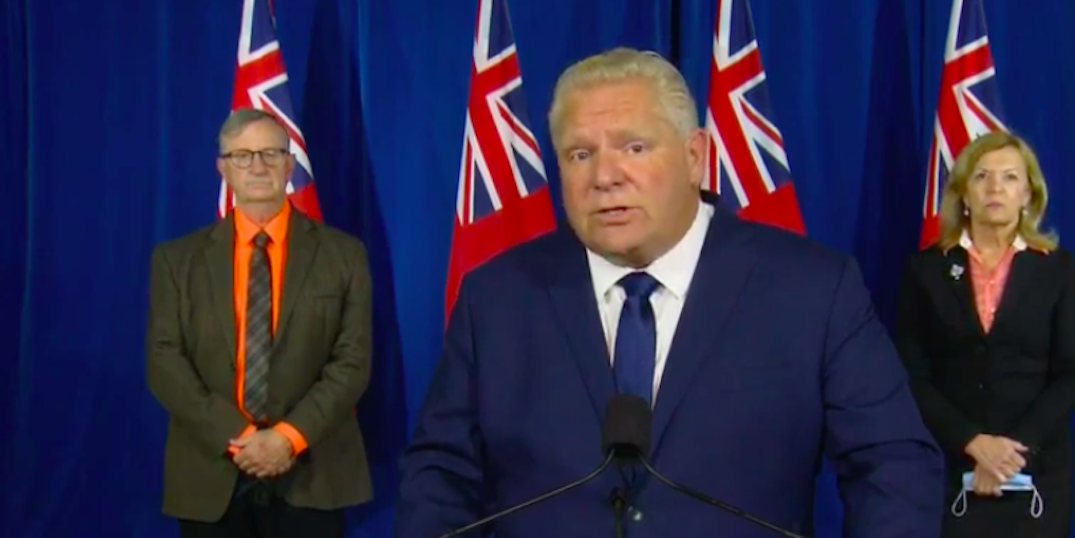 Premier Doug Ford is moving more regions in the Greater Toronto and Hamilton area into the Red – Control level and is asking for the regions to limit trips outside of the home.

Ford emphasized that residents in the red zones should limit trips from outside of the home to essential reasons only like work, school, grocery shopping, exercise, and medical appointments.

“Families should not visit other households and should not have visitors in their household. And avoid social gatherings,” he said.

“We are staring down the barrel of another lockdown, the number one priority is getting these numbers down.”

On Thursday, Mayor John Tory also pleaded for Toronto residents to stay at home, and to only go out for essential trips.

For the colour-coded guidelines in province released last week, Ford said Ontario’s Medical Officer of Health Dr. David Williams will update the guidelines to have stricter epidemiological thresholds for each new colour.

At a 5% positivity rate— meaning the number of people who receive a positive test result— Ontario would exceed France, Germany, and the UK by mid-December with 6,500 cases and would exceed 3,000 cases daily by November 27.

In the modelling, Ontario is being compared to jurisdictions that began their second wave and are all currently in a complete lockdown.

However, 5% positivity rate is likely where Ontario will be, and is in fact a conservative number, as the growth rate in the last three days has been 6%, health officials said yesterday.

“As premier I can’t accept that and I won’t accept that,” Ford said. “I will do whatever it takes to slow the spread of this virus, to stop our hospitalities to be overrun. I’m here today to protect the health of Ontario.”

There are a total of 91,180 confirmed cases of coronavirus in Ontario reported to date.