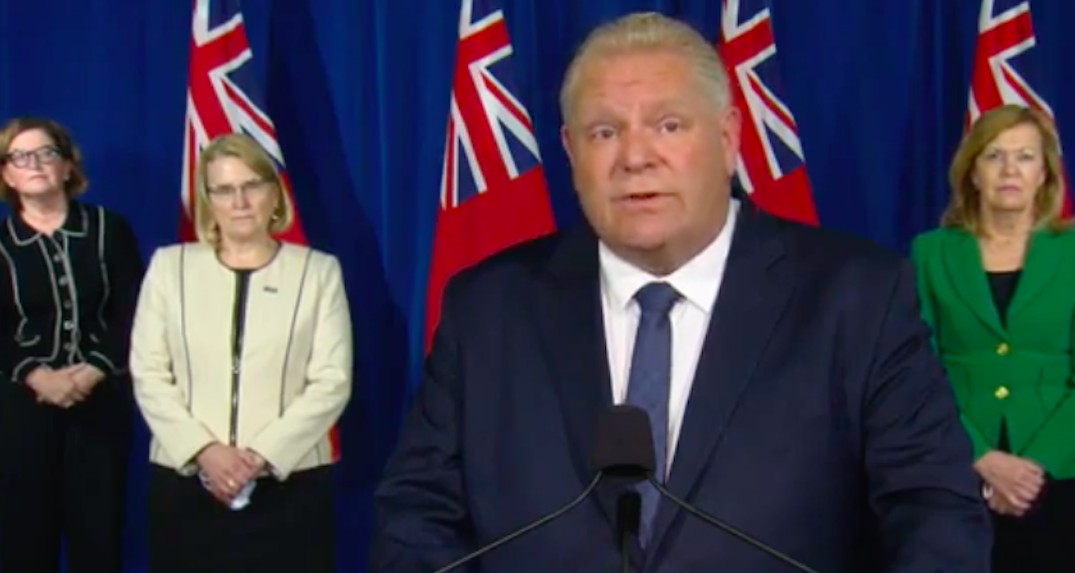 Premier Doug Ford said that if the COVID-19 vaccine distribution is not done properly, it will be a “logistical nightmare.”

During a press conference on Monday, Ford said, “I won’t sugarcoat it. Rolling it out and distributing the vaccine will be a massive logistical challenge. In fact, without the right planning, it risks being a logistical nightmare.”

The premier added that over the past several months, the medical and scientific community has been working to create a vaccine that Ford said will “bring an end to the pandemic.”

Ford noted that the first shipments for Ontario will be coming in January.

In order to distribute the vaccine smoothly, the Ontario government is creating the Ministers’ COVID-19 Vaccine Distribution Task Force, building on the steps the government has been taking to prepare for the delivery of a vaccine.

The task force will advise the province’s development and implementation of an immunization program, including the ethical, timely and effective distribution of vaccines in Ontario.

They will focus on delivery, storage and distribution of the vaccines; support for healthcare system partners to deliver a phased vaccination program; clinical guidance on vaccine administration; data, reporting, and technology to provide accurate information to clinicians conducting vaccine administration; and the implementation of a broad and sustained public education and community outreach effort to encourage vaccination.

Of the initial 2.4 million vaccines destined for Ontario, 1.6 million will be from Pfizer, and 800,000 will be from Moderna. People will have to get two doses of the vaccines, 21 days apart.

On November 18, Pfizer announced that its vaccine has been 95% effective in clinical trials and caused no serious side effects. Canada signed a deal with the company in August to secure 20 million doses of the vaccine in 2021.

On November 16, Moderna said early analysis of its vaccine trial showed 94.5% effectiveness at preventing the virus.

The vaccines need to be kept at -75ºC and -20ºC, respectively, making them difficult for doctor’s offices and pharmacies to store.