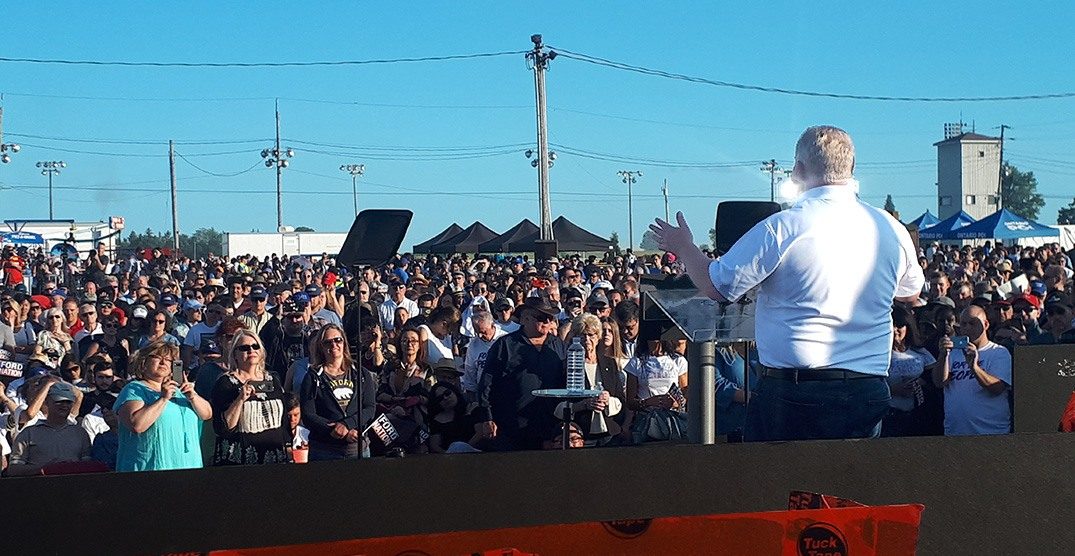 When the premier took the stage in Toronto during the Raptors’ victory parade, he was met with boos and hostility. On Saturday night in Markham, he walked out to cheers, chanting, and flags emblazoned with his name whipping in the wind.

Behind the crowd gathered at the Markham Fairgrounds, giant inflatable animal faces, carnival rides, and rows of barbeque grills spin and smoke in the air. The 2019 version of the now two decades old tradition of Ford Fest started in 1995 in the backyard of the premier’s mother’s house. This iteration was decidedly tamer than previous years, — the late Rob Ford’s rival for mayor, Sarah Thompson, once rode in on a white horse — but was none the less a safe place for Ford to come home, welcomed by his base and flanked by his cabinet. 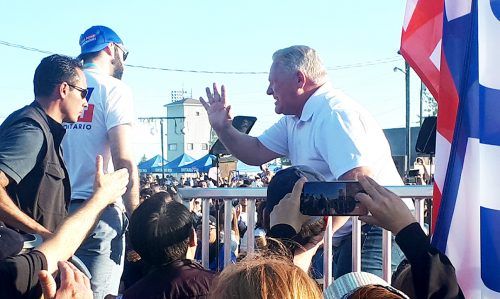 “Our hard work is paying off and our economy is on fire. It’s absolutely burning,” he said from the podium as the sun set behind him.

Among the list of his accomplishments, the first of which was a turnout of 10,000, were other gems like the firing of “$6 million man” Mayo Schmidt, the now former-CEO of Hydro One; scrapping the Green Energy Act — “I call it the Green Energy Scam” — and over 700 renewable energy contracts; paying down the province’s deficit, and; “covering 75% of childcare expenses for hard-working Canadians.”

“We have accomplished more in 12 short months than most governments achieve in an entire mandate.” 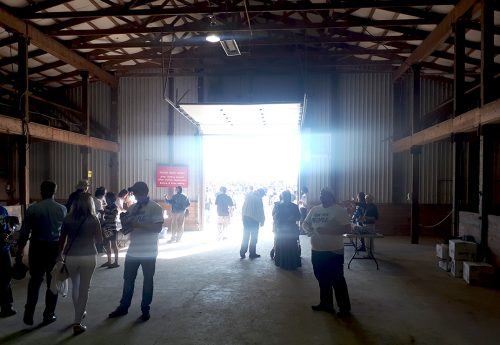 After passing a quick patdown and ID check before entry, visitors walked through a long barn empty except for a few fold-out tables. You could also take your pick of paper Ford Nation flags, fridge magnets, and, if you showed up early enough, a For the People t-shirt. Everyone gets a ticket for a burger, hot dog, or veggie burger, and all the rides were free. 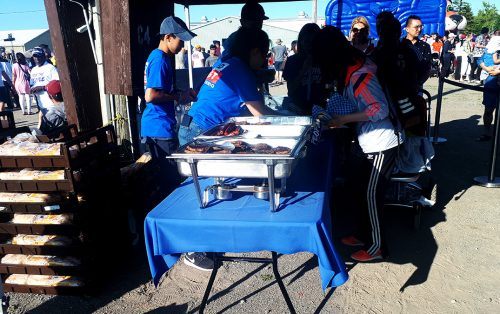 They included the always classic tilt-a-whirl, the now Ford Fest required Ferris wheel, and a giant inflatable tigers head that doubled as a slide — because, why not. 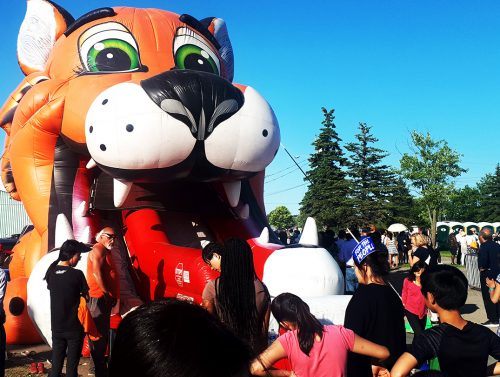 “Last year Ontario voted for a government that would work for the people, and that is exactly what we’re doing,” Ford said to the crowd. “We’ve accomplished more than any government in Ontario’s history.”

He was upbeat throughout his speech, taking a little time for occasional digs at the media and previous government, while keeping it jovial.

“You are with us, and that is all that matters,” he said. “Not the downtown insiders, not the media who criticize us at every single step — I call them the media party — you are the only ones that we answer to, and that is the people of Ontario.” 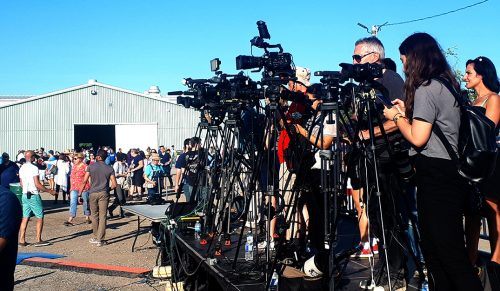 Many members of the Progressive Conservative caucus showed up, wearing matching shirts reading ‘MPP for the People’ and answering questions. When Ford’s speech ended anyone who wanted their picture with the premier could line up to shake his hand. Eager spectators massed around the stage.

An hour after his speech was over, he was still up there, shaking hands. 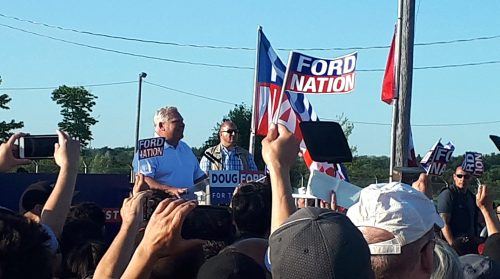