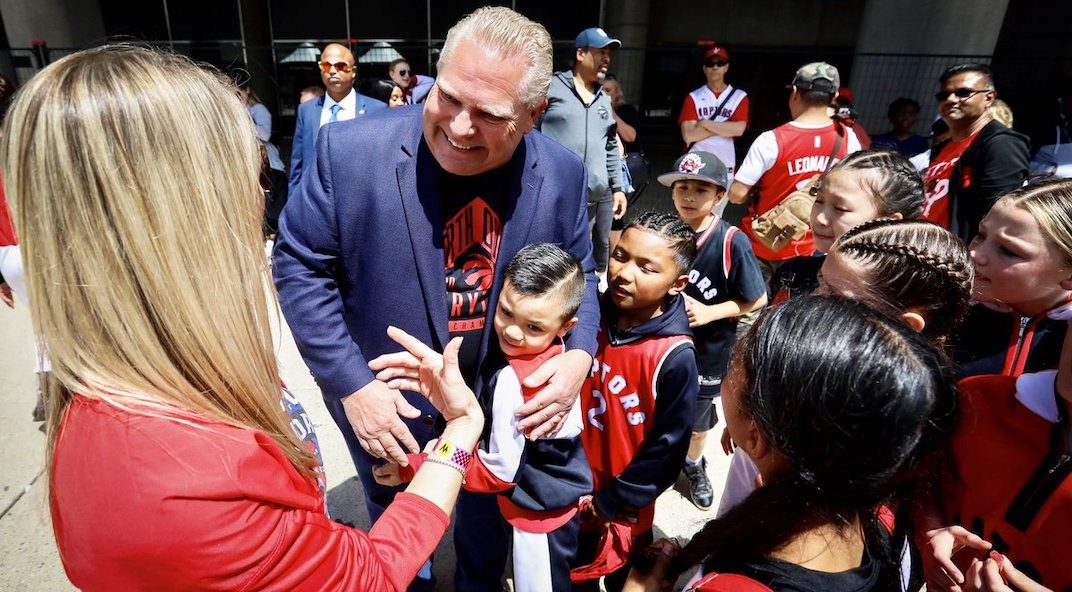 Doug Ford was met by a massive, collective boo by the crowd awaiting the Raptors parade at Nathan Phillips Square on Monday.

Within moments of the response, those who heard it took to Twitter to share their feelings about the matter.

Everyone boo’ing Doug Ford at the parade just made the three hours of waiting worth it. #raptors