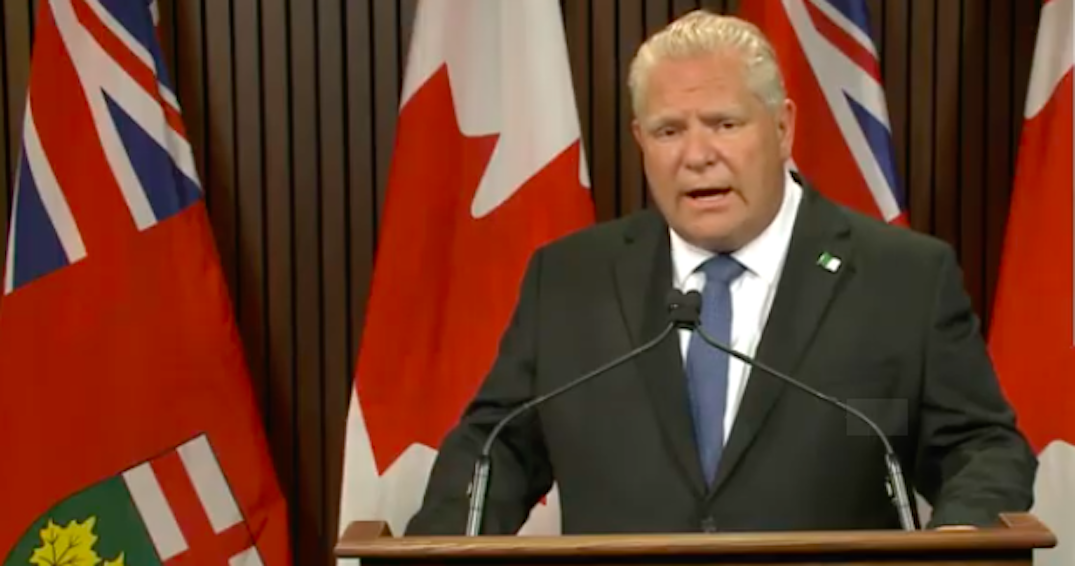 Premier Doug Ford has some strong words for the Auditor General who released a report earlier today blasting top health officials and their handling of the pandemic.

On Wednesday, a significant part of the report, by Bonnie Lysyk and other auditors, focused on Chief Medical Officer Dr. David Williams and his proposed failings.

Ford responded to the report during his daily press conference saying he welcomes scrutiny, but he has “serious problems with this report.”

“Saying Dr. Williams didn’t lead just isn’t right. This report does nothing but undermine our entire health team. Ultimately the buck stops with me, but Dr. Williams has been riding shotgun with me since day one. There is no daylight between us,” he emphasized.

Ford added that Williams and the health team “work around the clock for nine months straight without taking a single break.”

The premier continued to criticize Lysyk as the speech went on before taking questions from reporters.

“For the Auditor General to undermine them as they work morning, noon, and night I have to question that. From the outset of the pandemic, we have moved at rapid speed, broken down silos, every ministry has been working together to tackle this pandemic.”

Ford boasted that Ontario still has the lowest infection rate in North America, saying that out of 100,000 people, the province has 89 cases. This is lower than Quebec, which has 108, British Columbia with 165, Saskatchewan which has 249, Alberta with 305, and Manitoba with 634.

The premier concluded his statement saying the Auditor General should just be addressing the governments’ financial situation, not providing health advice.

“There’s a problem when an accountant is giving health advice. If there’s financial issues, I’ll answer the questions but to sit in the office and throw hand grenades at the Chief Medical Officer and the Health Minister is not right. Stick with the job that we hired you for. Don’t pretend you’re a health professional.”

The Auditor General’s report took issue with the government’s response to the pandemic calling it, “slower and more reactive relative to other provinces,” especially when it came to emergency management and pandemic response, outbreak planning and decision-making, laboratory testing, case management, and contact tracing.