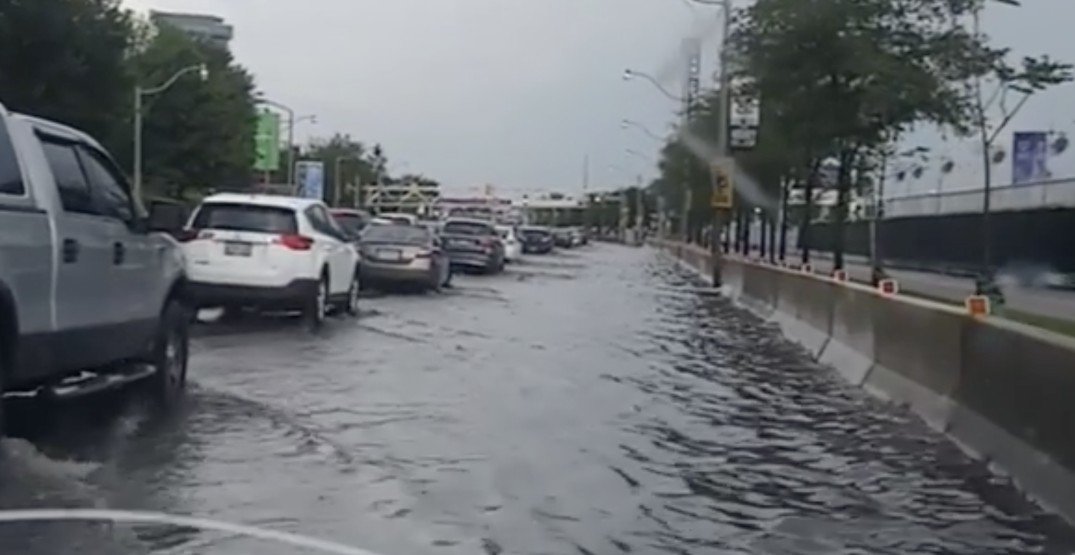 The Greater Toronto Area was hit with a storm system this afternoon that caused flash flooding around the city.

According to Environment Canada, up to 40 mm of rain fell this afternoon. The rainfall prompted the closure of the Union Station pedestrian walkways and the suspension of Line 3 subway service.

Environment Canada’s rainfall warning for the GTA is still in effect. “More showers and thunderstorms are expected this evening,” said the weather agency. “This will likely cause total rainfall amounts to exceed 50 mm in some sections.”

Check out some footage of today’s intense storm below:

Right before I took shelter since the umbrella wasn’t cutting it #torontostorm #torontoflood pic.twitter.com/yhegD3cGvO