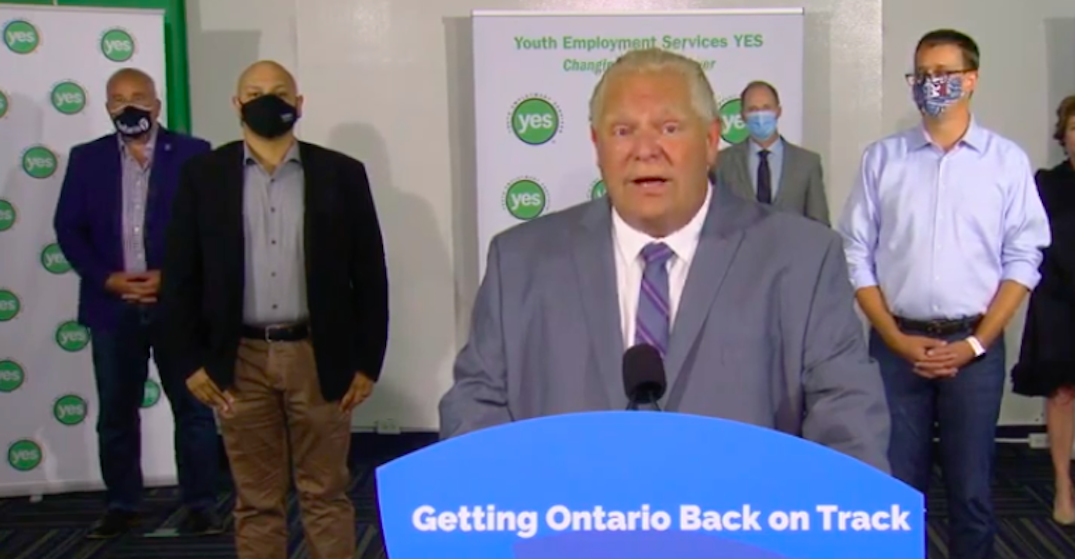 Premier Doug Ford it set to make an announcement from Etobicoke on Monday afternoon.

Last week, Ford pulled out a chart during his daily press conference, which showed Ontario with the fewest cases per 100,000 people compared to Quebec and other states in America.

“We have the fifth largest population and it’s a large and diverse population,” Ford said. “I wanted to show the people we’re doing a good job, and I encourage people to keep listening to the chief medical officer.”

Ford added that these positive results are what happens when people listen to public health officials adding that “we’re different than the US, Canadians listen a lot more than the Americans do, which will help us with the economy too.”