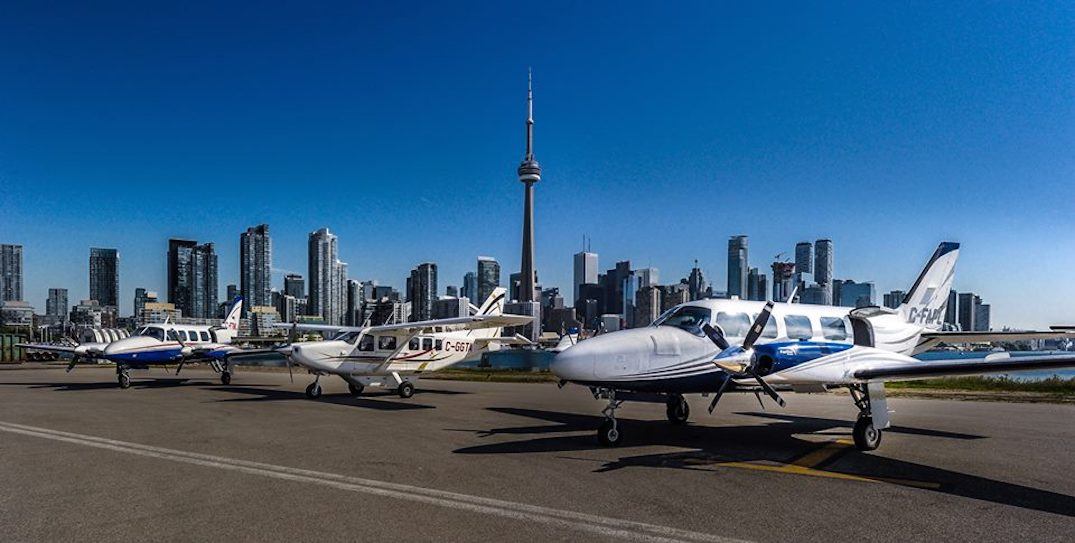 There’s a faster way to get to Kitchener-Waterloo from downtown Toronto.

Waterloo is one of three new flight destinations offered by FlyGTA out of Billy Bishop Toronto City Airport. Barrie and London, Ontario, are also on the new operating route, which gets you to the cities in as little as 18 minutes.

“The new flight routes announced today further connect Toronto to key markets which is great for our economy in terms of facilitating connections that fuel tourism and business,” said Councillor Michael Thompson, Chair of the Economic Development Committee, City of Toronto, in a statement.

“We are particularly excited about the daily service to Kitchener-Waterloo airport which supports our domestic technology corridor by offering an 18-minute flight between the two cities, and provides US businesses with a convenient and efficient connection between such markets as New York and Kitchener-Waterloo through Toronto,” said Thompson. “Billy Bishop Airport is an important gateway for Toronto and a key piece of travel infrastructure that is needed to support Toronto’s growth and place as a world-class city.”

The flights to Barrie and Waterloo are currently priced at $129 one way. 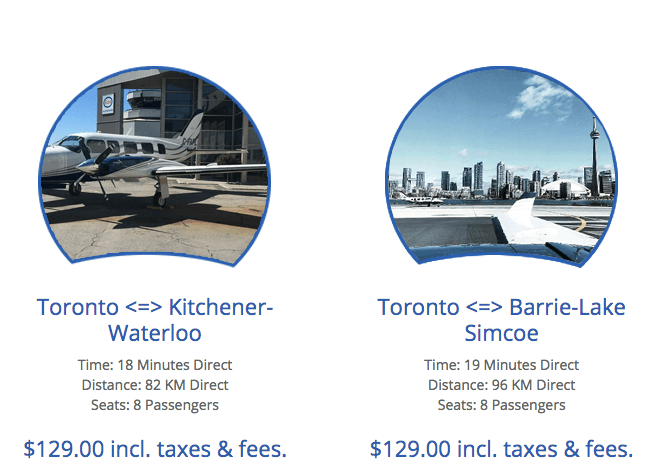 “With service to more than 20 destinations through our main terminal and connections to additional Ontario markets through our hangar facilities with partners such as FlyGTA, Billy Bishop Airport is about connecting Toronto to the world and working within a broader Southern Ontario Airport Network to ensure the travel needs of the region are met.”