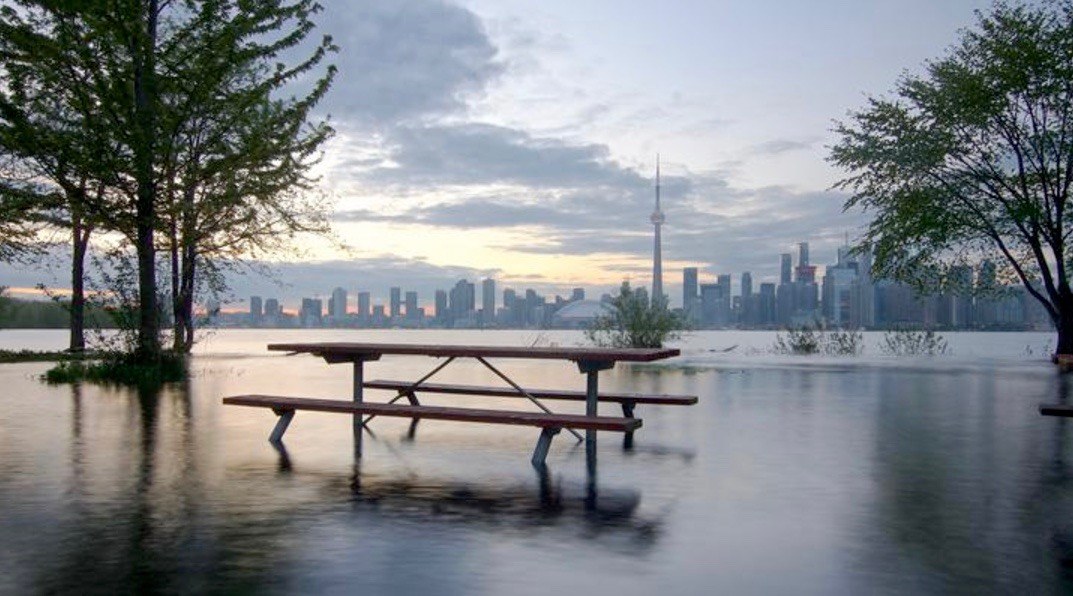 A flood watch has been issued for the City of Toronto.

After heavy rainfall last night and into this morning, Toronto and Region Conservation (TRCA) issued a flood watch at 5:45 am today.

It has been a long spring of dealing with flooding in Toronto, with the city’s Islands in particular taking the biggest hit.

During a flood watch, the TRCA urges everyone to “exercise extreme caution around all bodies of water and avoid driving in low-lying areas and roadways particularly at underpasses, as well as the shoreline.”

Parts of the city have already been shut down due to excessive water:

Stay safe out there, Toronto. And hope for sunshine soon.

Toronto and Region Conservation advises that areas of the Greater Toronto Area (GTA) have already received 20-40mm of rain in the early morning of Friday June 23, 2017. Environment Canada advises that another system is approaching the GTA from the northwest that could bring another 20-25 mm of rainfall with the possibility of thunderstorms to occur starting around 7-8am. Water levels within TRCA’s watercourses are rising due to the rainfall and there is the potential that water levels will exceed its riverbanks resulting in riverine flooding.