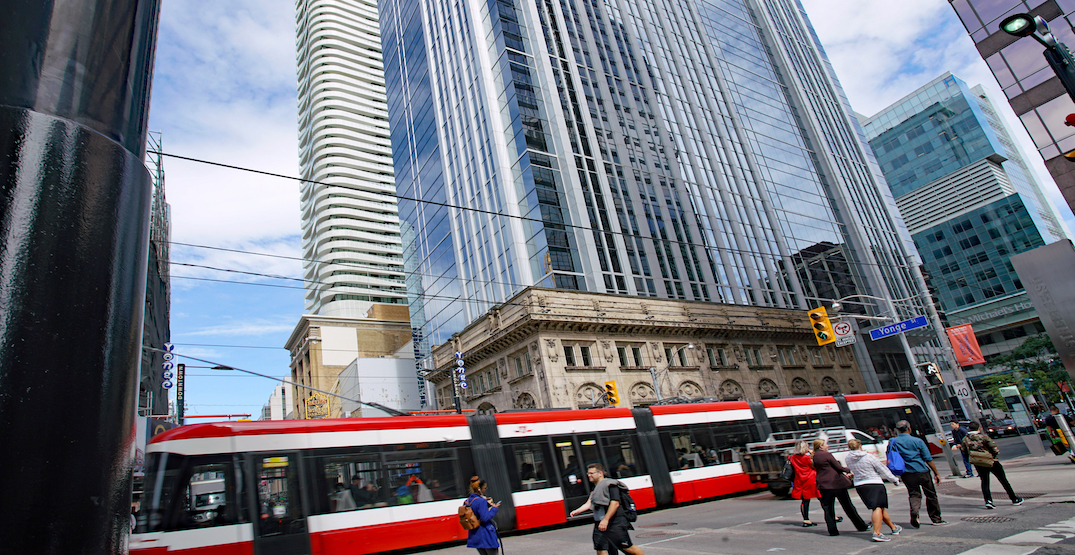 Part of downtown Toronto’s Queen Street is set to close for nearly five years to make way for the construction of a new subway station along the upcoming Ontario Line.

On Tuesday, Metrolinx announced its detour plans for Queen Street TTC routes during the construction period, and in doing so, revealed that the section of Queen from Bay Street to Victoria Street would close in early 2023 for four and a half years.

“We looked at a partial closure option, but diverting all traffic for a set period of time means construction can be completed over a year sooner, the Ontario Line can open more than nine months earlier, and we can minimize disruptions to residents, businesses and visitors,” said Malcolm MacKay, Metrolinx program sponsor for the Ontario Line.

“More importantly, a full diversion like this gives people more predictability when moving through and around the area, avoiding a series of confusing on-and-off-road closures that would drag on for a longer time.” 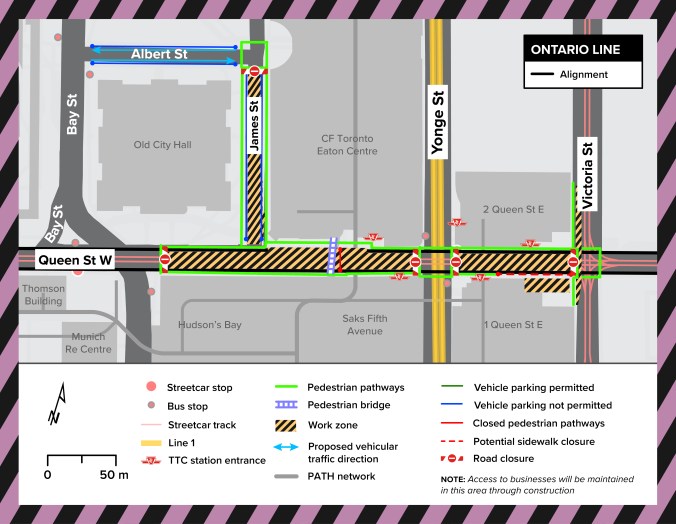 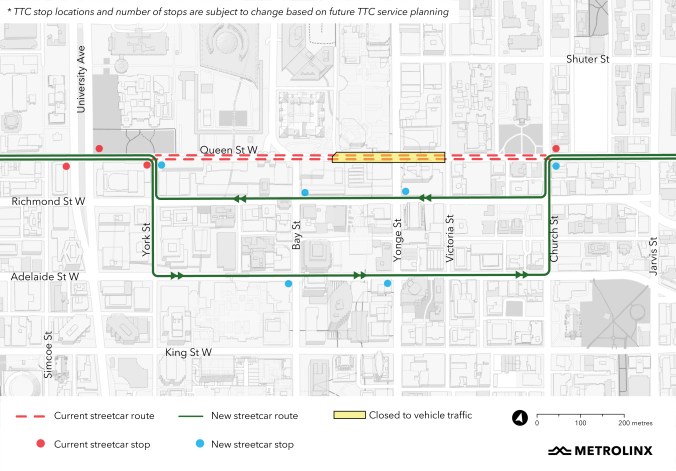 “As part of this partnership, we’re also going to be funding the construction of diversion tracks that will link up with existing streetcar tracks, ultimately providing the TTC with the ability to offer more reliable service to its customers for years to come,” said MacKay.

“Even after the Ontario Line is completed, if streetcars need to divert from this area for special events, planned construction work, or unplanned detours, this new infrastructure will make that possible,”

Metrolinx says it will maintain pedestrian access to all businesses in the area throughout the construction and that businesses will have continued access to loading docks. A 24-hour hotline will be set up during construction where people can call and raise any issues.