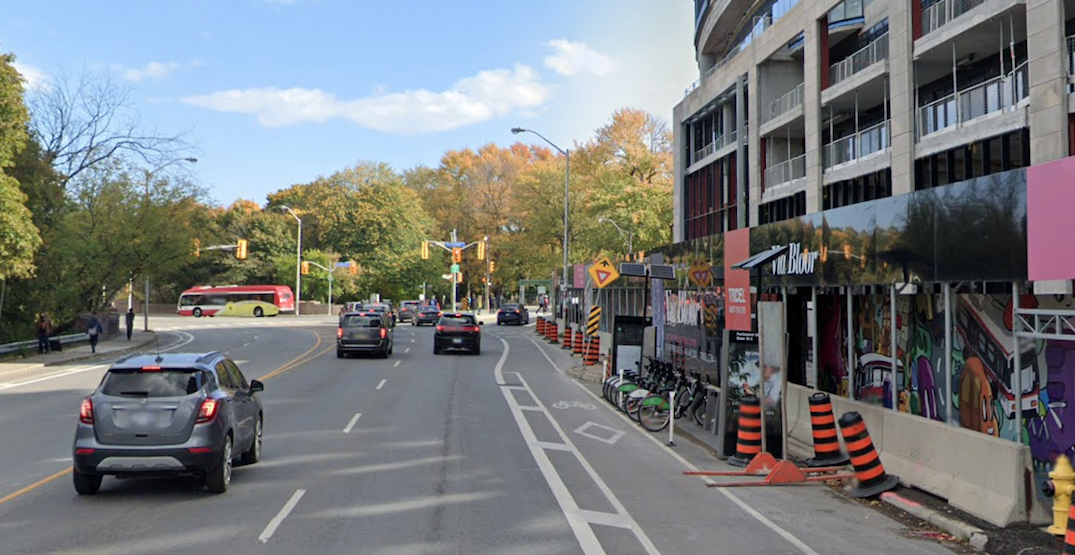 Bloor Street may have just gotten some new bike lanes last year, but the City of Toronto is already planning some major changes to the road’s bikeways that will take effect this month.

Bike lanes along the stretch of Bloor Street from Sherbourne Street in the west to Castle Frank Road in the east will undergo several upgrades to “improve safety, increase cycling comfort, and normalize motor vehicle movement through construction areas.” This stretch, the City says, is the only portion of the road’s bike lanes that are not protected from motor vehicles.

One lane of traffic in either direction will be removed, but existing turn lanes will be maintained at intersections.

From Parliament to Castle Frank, the existing bike lanes will be widened with concrete curbs also installed. The curbs will only be on the eastbound lane to the east of the Rosedale Valley bridge and won’t be on the bridge itself.

One of the westbound vehicle lanes will be taken out, and at Castle Frank Road, the lefthand lanes, both eastbound and westbound, will be converted into left-turn-only lanes. No parking will be changed here.

The City says it will continue to monitor traffic flow, collect public feedback, and report to City Council on future recommendations.