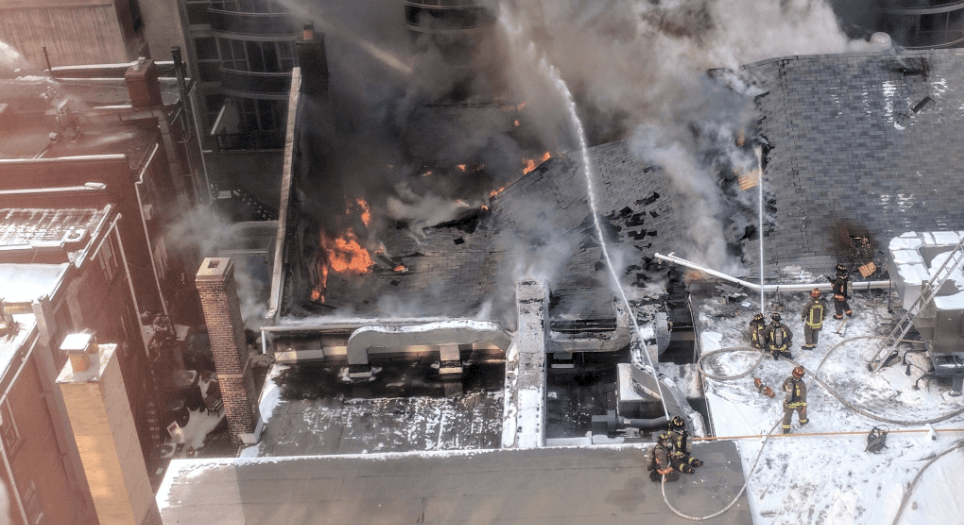 Fire crews are at the scene in midtown where a massive fire has broken out at a commercial building near Yonge and St. Clair.

The fire, which was initially reported as a six-alarm blaze, is still burning and there is no word on any injuries at this time.

The blaze at Deer Park Crescent was first reported just after 10 am on February 14.

At the time of publication, the flames have still not been fully extinguished. TTC has also redirected the 512 from St Clair West station.

512 St Clair turning back at St Clair West Station due to a Toronto Fire Investigation at Yonge and St Clair. #TTC