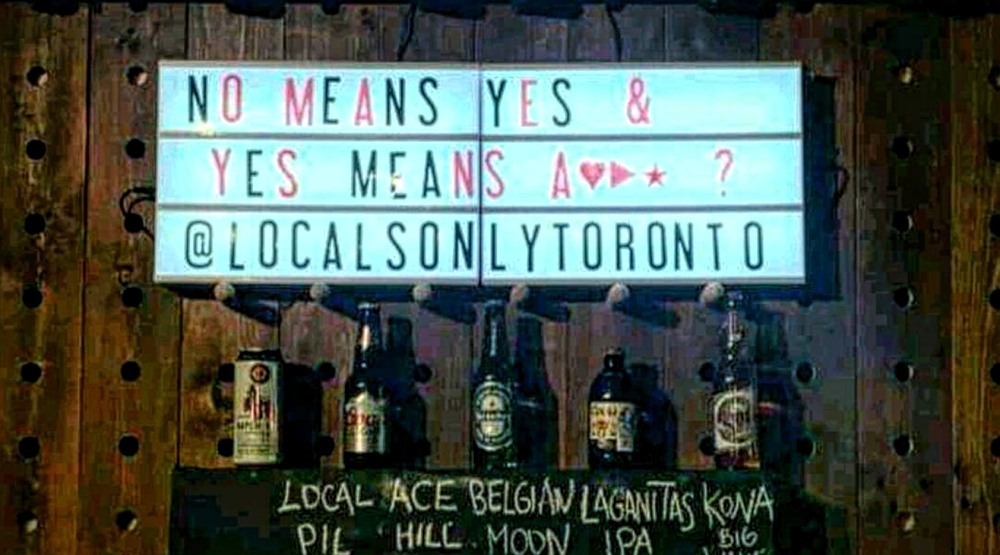 King West bar, Locals Only, has swiftly condemned a sign and apparently fired an employee following backlash prompted by a patron posting a photo of a sign in the bar promoting rape culture. reading; “No means yes & and yes means a♥>*” 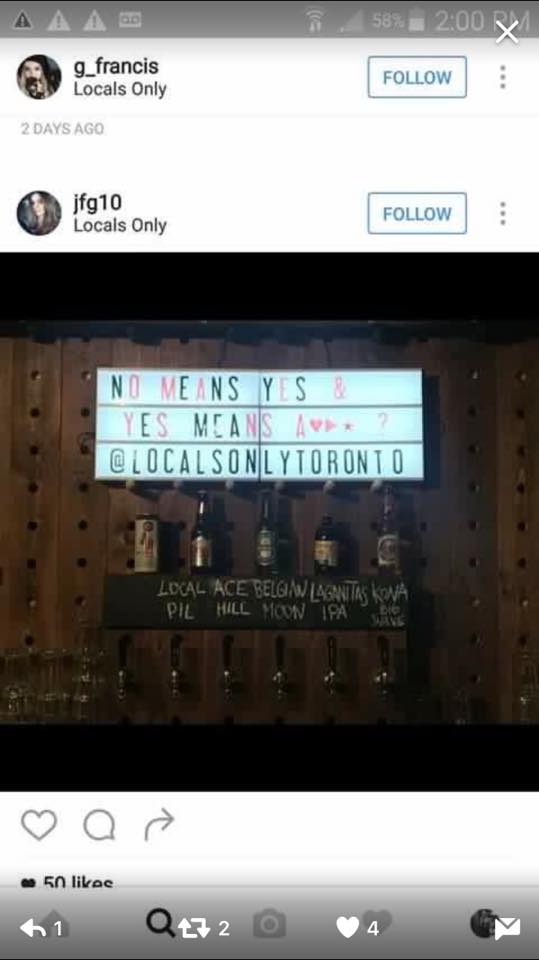 In an apology posted via Facebook, management scapegoats an unnamed staff member and cites their termination.

Meanwhile, commenters have been quick to supply evidence that this incident is anything but a one-off faux pas.

@localsonlytoronto u guys take a lot of vacays leaving the same dude in charge???

Social media accounts for the bar have already been curated to omit the offensive messages, though screenshots of other reprehensible signs are being widely circulated.

Making it even harder to take the damage control efforts seriously, is the permanent neon feature in the bar that reads: “Let’s pretend this never happened.”

Sorry, Locals Only, no one’s going to do that.