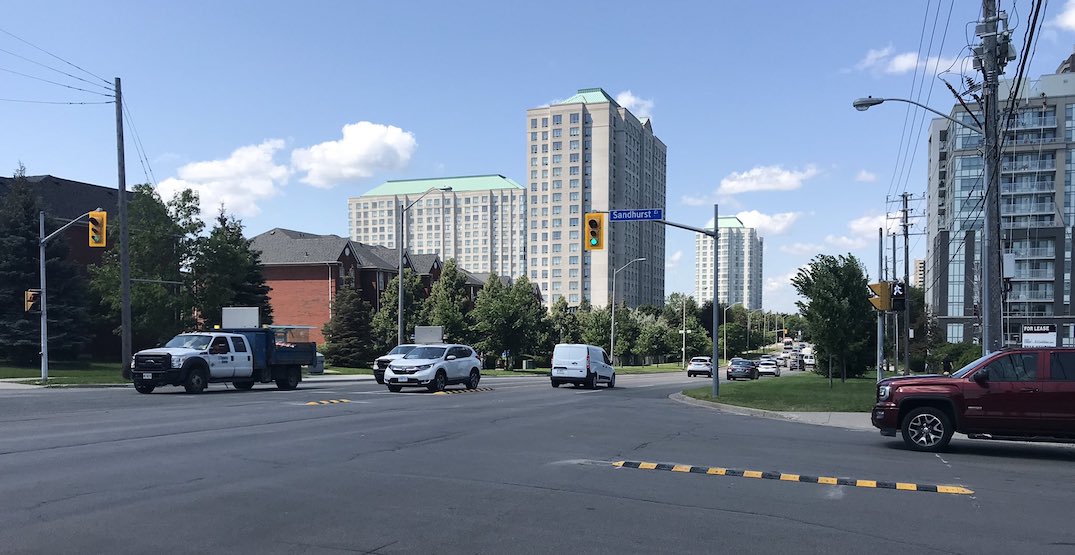 According to the City, left-turn collisions at signalized intersections are the most common type of collision resulting in injury or death to cyclists and pedestrians in Toronto. They become particularly dangerous in suburban areas where wide intersections allow drivers to pick up more speed.

The new Left-Turn Calming Pilot, launched by the City on Thursday, will see rubber speed bumps installed at eight intersections across Toronto. The goal of the speed bumps is to stop drivers from being able to cut across the intersection diagonally, thereby forcing them to make a sharper, slower turn.

“We are continuing to make progress in expanding our Vision Zero toolbox by adding proactive and targeted solutions with the purpose of eliminating traffic-related serious injuries and fatalities,” said Mayor John Tory.

“The Left-Turn Calming Pilot is one of these solutions that I’m confident will ultimately protect people walking and cycling by making them more visible to turning vehicles. I look forward to seeing the results of this pilot so we can determine if this measure should be expanded to other locations across the city.” 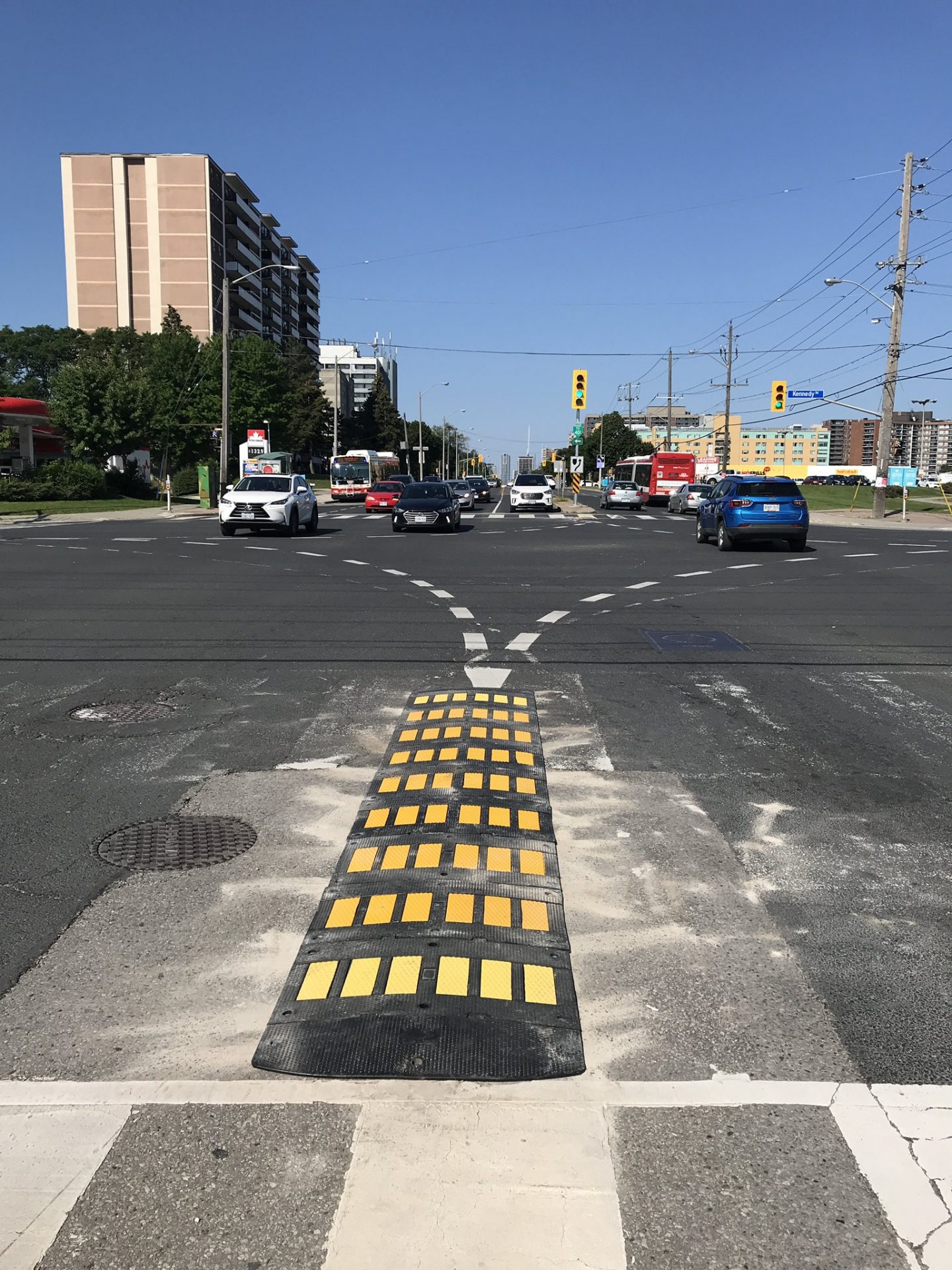 Other major cities like New York City and Washington, DC, have used similar methods and have reduced left-turn speeds and, consequently, injuries.

The eight initial intersection locations in Toronto are:

The city chose areas based on collision history, collision severity, and past safety reviews. The Left-Turn Calming Pilot has already been installed at Finch Avenue East and Sandhurst Circle, and Sheppard Avenue East and Kennedy Road. The rest of the rubber speed bumps will be installed across Toronto by the end of August.