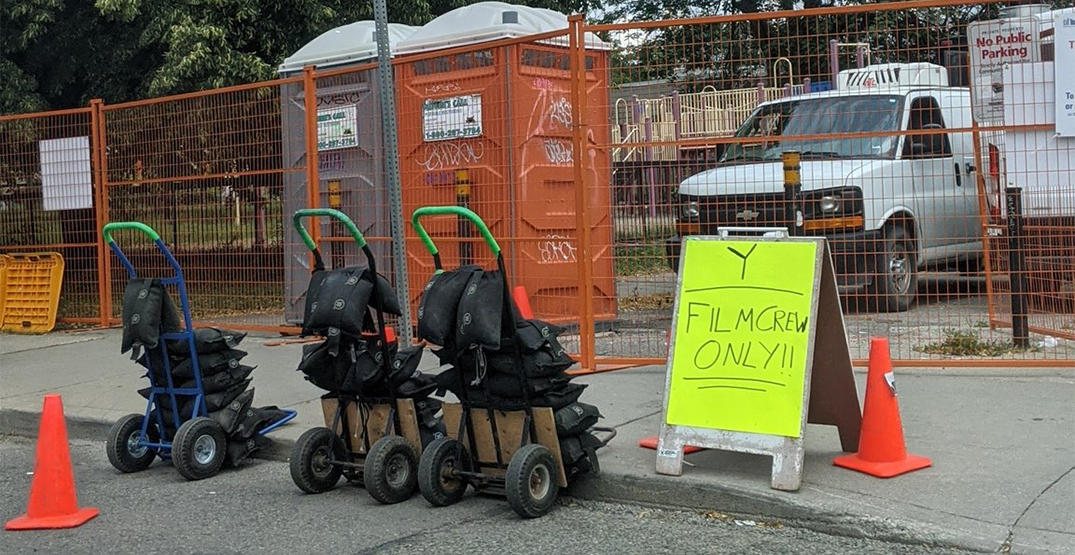 A film crew is shooting something near Alexandra Park just days after homeless residents camping there were forcibly evicted, but the City of Toronto says the two events are unrelated.

One local resident shared photos of the film crew’s set up to social media, and people questioned whether encampment residents were moved to make way for the production.

But City of Toronto spokesperson Marcela Mayo told Daily Hive that neither the Film Office nor the production crew knew trespass orders were being enforced this week. The City also said its decision to remove homeless campers had nothing to do with the film shoot.

“Staff involved in planning and enforcing the trespass notice had no knowledge of the film shoot or permit. In other words, neither was aware of the other,” she said.

The film crew is shooting inside the adjacent community centre, not in Alexandra Park itself, she added.

“The production has been there all week prepping. They do have a film permit issued by the Film Office on July 15 to shoot inside the community centre.”

Police and City staff descended on Alexandra Park earlier this week to remove homeless campers. The City says it offered all encampment residents a safe indoor space to go, but police were criticized for their heavy-handed tactics at Alexandra Park and again at Lamport Stadium this week.

Alexandra Park remains closed to the public and surrounded by an orange fence.