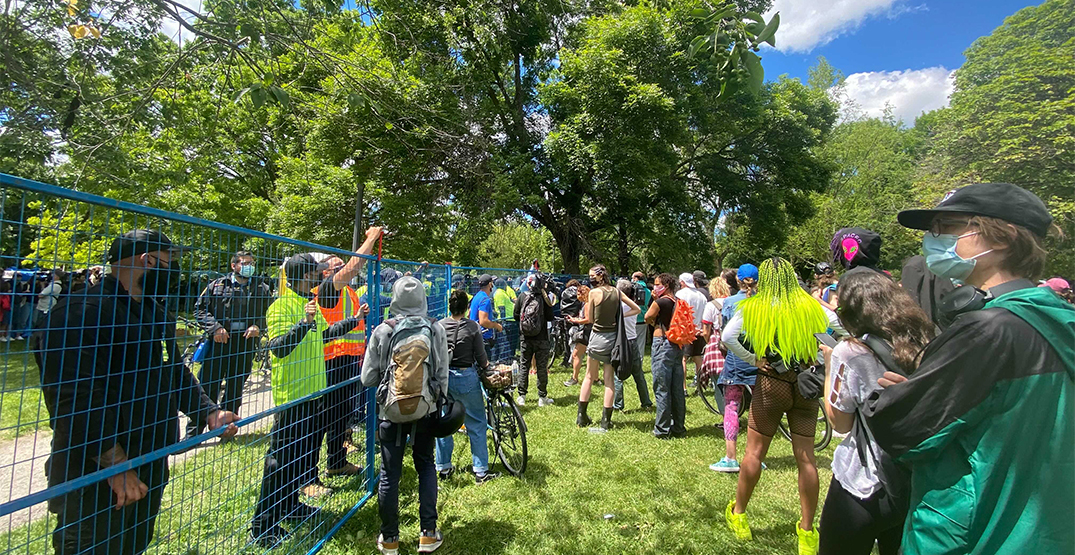 Police arrested several protesters who came to Trinity Bellwoods Park on Tuesday to support people experiencing homelessness who are being evicted by the City of Toronto.

About 200 protesters gathered near the fence at the west end park Tuesday afternoon chanting “we support the encampments.” A few dozen more protesters inside the encampment fence linked arms to resist being taken away by police.

Witnesses at the scene shared photos of individuals being handcuffed by police and carried away.

Folks got cuffed and taken out. pic.twitter.com/47t1tfhZlE

There have been several arrests of protesters including one for assaulting a peace officer and another for assault with a weapon. Further information will be provided later. ^ams

City of Toronto staff were attempting to evict the 20 to 25 homeless individuals who were living in the park on Tuesday. According to a news release from the City, all homeless individuals are being offered accommodation at a “safe indoor space” with access to meals, showers, laundry, and mental health supports. 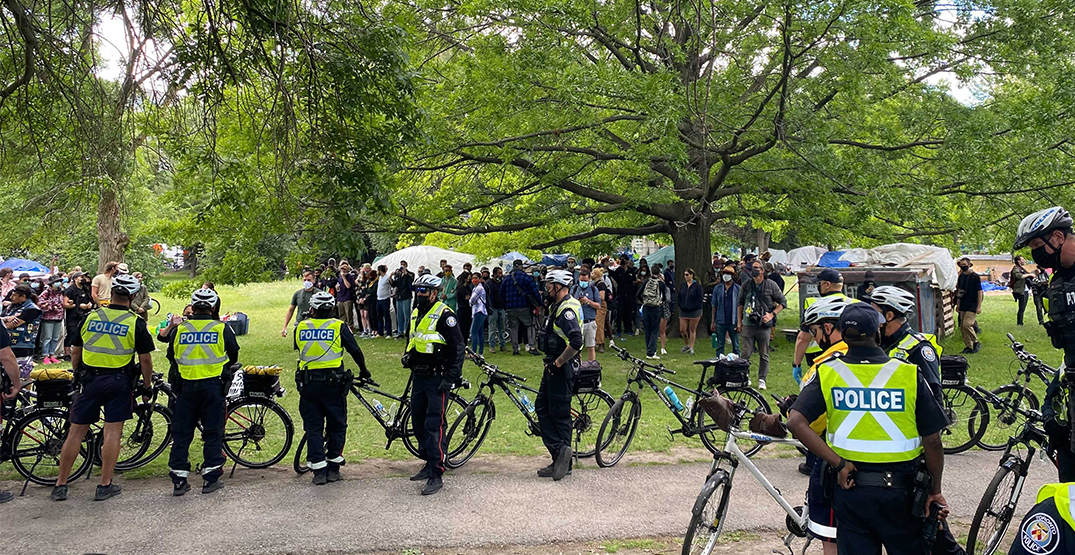 During a news conference Tuesday morning, Mayor John Tory said the encampment has become unsafe, in part due to the 114 fires that have occurred there this year.

Around 1 pm, the City tweeted an update that six encampment residents have accepted the offer to move to supportive housing.

Six people at Trinity Bellwoods Park encampment have accepted safe, indoor space so far – with access to critical supports. The #CityofTO will continue to encourage everyone to come inside.

Dozens of police officers were on site to help City staff enforce the eviction order. Police equipment included a drone and helicopter overhead.