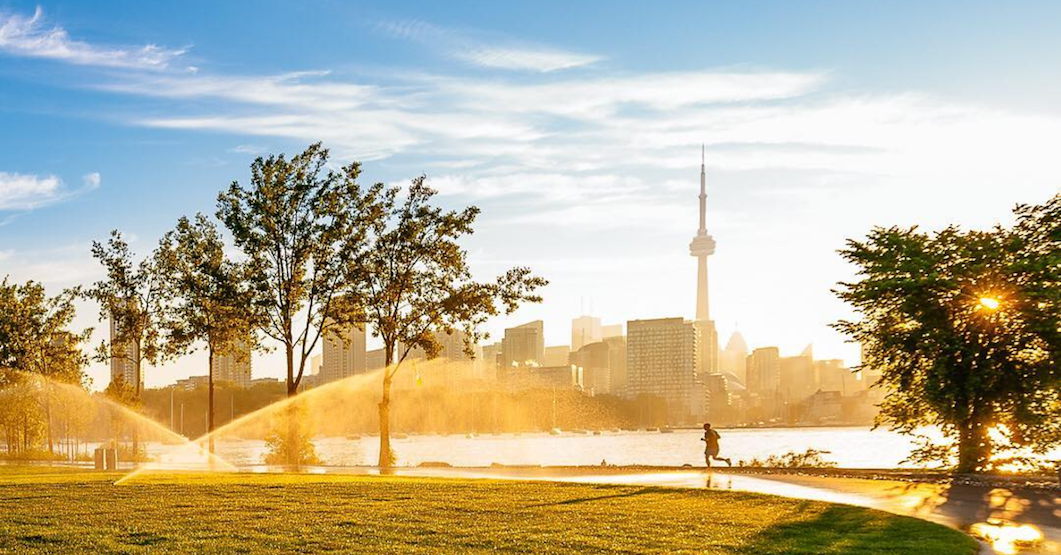 Hang on to that umbrella just in case, but be sure to get out and enjoy these events around the city today!

What: The tenth annual Toronto Burlesque Festival is back for another sultry season.  This sizzling extravaganza will feature performances and parties with a dazzling cast of innovative artists from all across the globe.

What: Italian Restaurant Week in Toronto offers a taste of Italy in The Six. Sixteen Toronto restaurants are participating, each representing the cuisine from one 16 different regions in Italy and offering a four-course prezzo fisso (prix fixe) dinner menu for $49 while select restaurants also offer a three-course menu at lunch for $29.

Where: Multiple venues
When: All weekend long

Where: High Park Amphitheatre
When: All weekend long

What: This is the final weekend Canada’s largest Latin-themed celebration, Toronto’s TD Salsa in Toronto Festival, which will feature music, food, dance and family events.

Where: St. Clair Avenue West, between Winona Drive and Christie Street
When: All weekend long

Where: The Beach Neighbourhood
When: July 21 to 23

What: Join this arctic-bound adventure to hear the sounds of throat singers, folk musicians, and storytellers, and see films from across Canada’s vast regions of the North.

What: Back for its second year, the Waterfront Artisan Market will make Toronto’s waterfront come alive every Saturday from May 20 until October at HTO Park. Here you’ll get to explore a curated mix of 75 artisans, crafters, chefs and bakers. Admission is free.

What: The Friends of Sorauren Park have planned another season of outdoor movies and special events this summer. The family event takes place on the fourth Saturday of every month and this month’s film will be a PG-rated summer blockbuster.

What: Come out and see the future of Carnival. Join the young producers, performers, and presenters as they put their imprint on the Festival. This will be a day filled with music and dancing and an event not to miss.

What: For one day only, the Garrison Common at Fort York will be filled with blankets, flowing rosé, and some of the best food in the city. The Rosé Picnic has parented with celebrity Toronto chef Mark McEwan, so you’ll have baskets of delicious food to choose from.

What: Celebrate food and art from across South Asian at this annual festival. Admission is free while food will be on sale for $1 to $5 per taste.

Where: Gerrard Street East from Coxwell to Greenwood
When: July 22, 12 pm to 11 pm

What: Back for its second year, Ossfest will feature all things that summer is made of: shopping, dancing, live music, patios, eating, drinking and being merry. The street fest will feature an OssCrit urban bike race, two live music stages, a silk screen workshop, basketball training, a fun filled kid zone, giveaways and exclusive access to experiences you wouldn’t get else in Toronto.

Where: Ossington Avenue between Queen and Dundas Street West
When: July 22, 2 pm to 11 pm

What: This Sunday, come and enjoy a mix of mindful movement (yoga and meditation), with creative expression (painting). Experience creative bliss, adventure, and the best (hangover-free) weekend release there is.

What: Brandon Boyd and the boys of Incubus formed back in the early 90s. Seven studio albums and several world tours later, the indie rockers return with their new album 8. Catch them playing their latest single “Nimble Bastard” and classic like “Pardon Me.” The band is touring with Jimmy Eat World.

What: The Junction Night Market returns this week and will showcase food vendors who prioritize local ingredients, as well as some of the best craft beer and cider that Ontario has to offer. The market celebrates local food and drink and raises funds to support a variety of programs that promote access to healthy food, including a food voucher program in partnership with the Four Villages Community Health Centre.

What: A festival of arts and culture, Big on Bloor is a unique summer street fest featuring hundreds of culturally significant events, activities, displays, and exhibitions.

Where: Bloor Street between Dufferin and Lansdowne
When: July 22 to 23

What: New this season, The Canadian Food Truck Festival is expanding to Burlington! The weekend event takes place in July and will feature food trucks from across Southern Ontario as well as live performers.