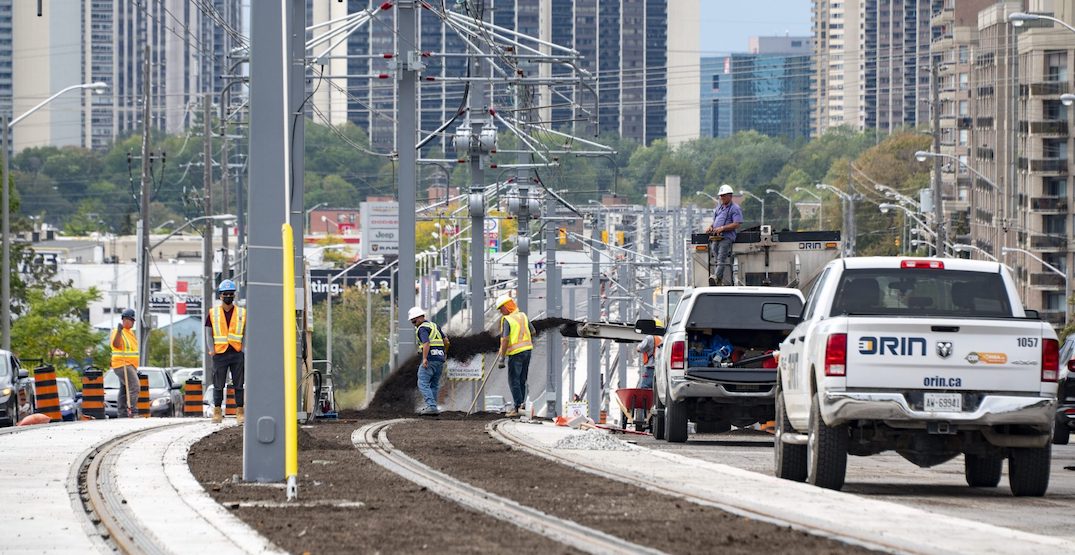 The 2022 opening of the long-awaited Eglinton Crosstown LRT may not happen next year as previously planned.

In a statement to Daily Hive, Metrolinx confirmed that they are now “working diligently with our contractor to get it substantially completed by the end of 2022,” leaving open the possibility of a 2023 kickoff for ridership.

Prior to this, plans for the Eglinton Crosstown had called for it to be operational at some point in 2022 — a date that had already been pushed from the originally scheduled 2020.

“Tracks are fully installed and trains are now being tested along the entire 19-km route,” Metrolinx told Daily Hive. “Crews will be able to test the trains continuously from end to end in 2022. Also in the next year, installation of the overhead catenary system (the wires that power the trains), train signals, communications systems and other features to enable safe train movement will continue.”

An official opening date for the Eglinton Crosstown won’t be provided until “a period of operational readiness,” done in collaboration with the project’s contractor, Crosslinx Transit Solutions, and the TTC, has been completed, Metrolinx says.

In May, the Ontario Superior Court sided with Crosslinx’s argument that the pandemic constituted an emergency and would permit the two parties to renegotiate terms of their agreement, including the opening date.

“Over the past several months, Metrolinx and Infrastructure Ontario have engaged in collaborative and productive discussions with Crosslinx Transit Solutions, the consortium of private sector companies that has committed to design, build finance and maintain the Eglinton Crosstown Light Rail Transit line, to reach a proposed settlement that addresses the majority of the outstanding technical claims on the Crosstown project, including addressing the delay impacts of COVID-19,” the statement reads. “As the settlement has yet to be finalized, we are not in a position to disclose the details.”