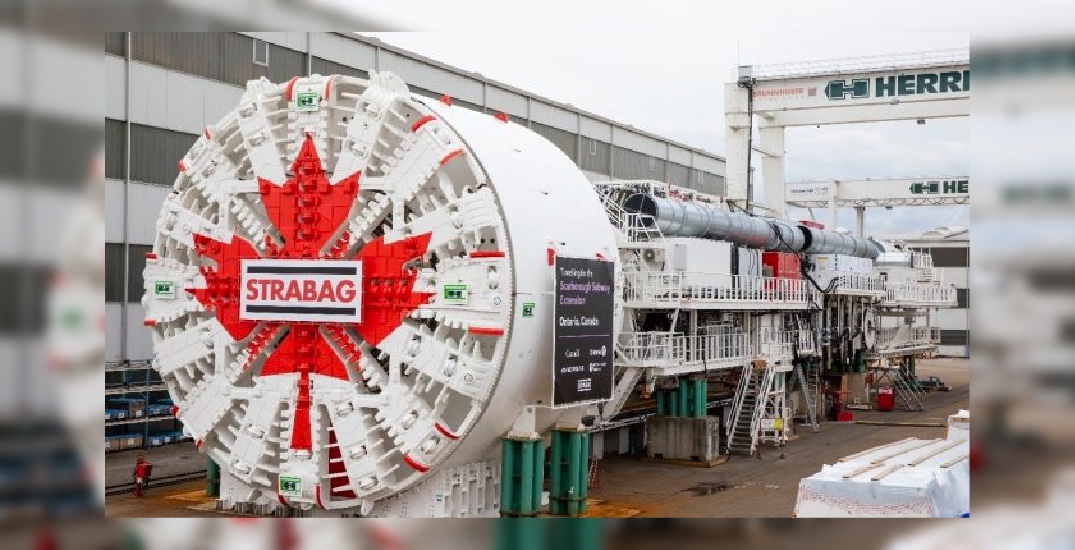 A huge tunnel boring machine is scheduled to set sail across the Atlantic on its way to Scarborough on Friday.

The machine will be used to bore tunnels for Scarborough’s Subway Extension project. The first leg of the machine’s journey is already completed. It was dismantled and put into shipping containers before being sent up Rhine River to a Dutch port, according to Metrolinx.

It has since been loaded onto a boat aptly named Jumbo Vision. Now, the boat sets sail for Canada.

The tunnel boring machine will be sailing along the open seas for about two weeks. It will make its way across the Atlantic, into the St. Lawrence Seaway and, finally, to Lake Ontario.

Jumbo Vision is expected to arrive in the Port of Oshawa by mid-December. From there, a truck will take the dismantled pieces to McCowan Road and Sheppard Avenue East. Once at its destination, it will dig about 10 metres of tunnel per day, according to Metrolinx. 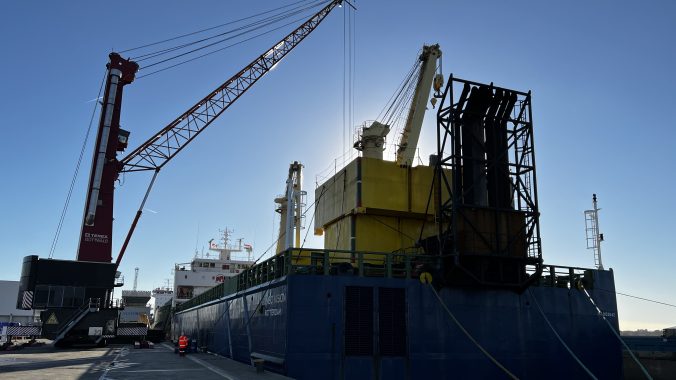 Jumbo Vision gets ready to set sail by Strabag photo

You can follow Jumbo Vision along its journey by following the project on Twitter here. There’s also a naming contest for the tunnel boring machine. The first part of the contest has been closed, but on November 29 a shortlist of top names will be released for people to vote on.

Thanks to everyone that submitted name ideas for #ScarbTO‘s tunnel boring machine. Stay tuned for Phase 2 of the contest on November 29, when you’ll get a chance to vote on the top name picks! pic.twitter.com/JskJAgt8rz

There will be a virtual open house for the project on November 30. The Scarborough Subway Extension project will extend TTC’s Line 2 by eight kilometres, adding three stops beyond Kennedy.