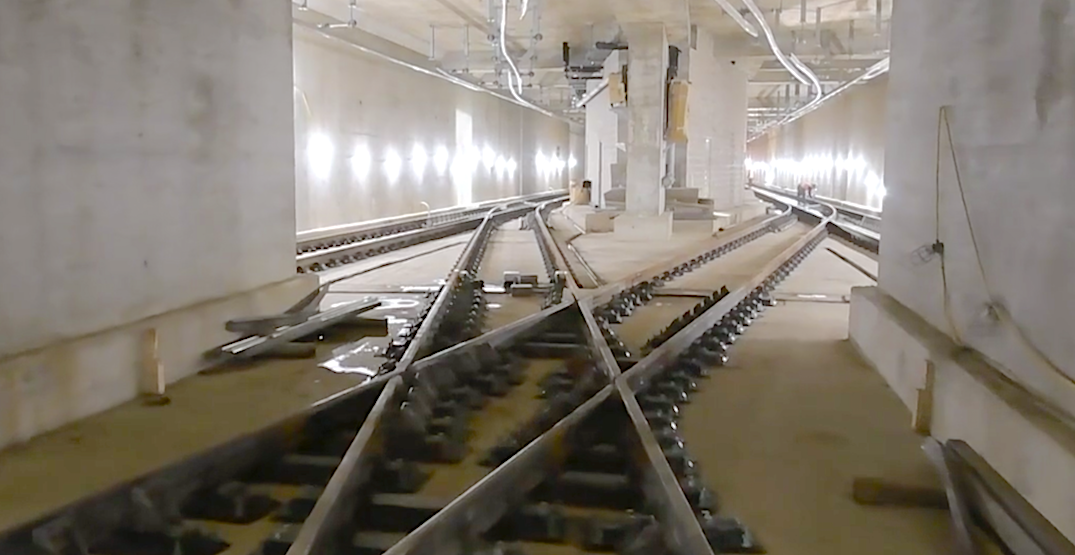 Construction crews laid the final piece of track on Monday inside the new Eglinton Station, completing the long-awaited 19-km line. To make the accomplishment even more momentous, Metrolinx had the last rail clip used to fasten the track painted gold. 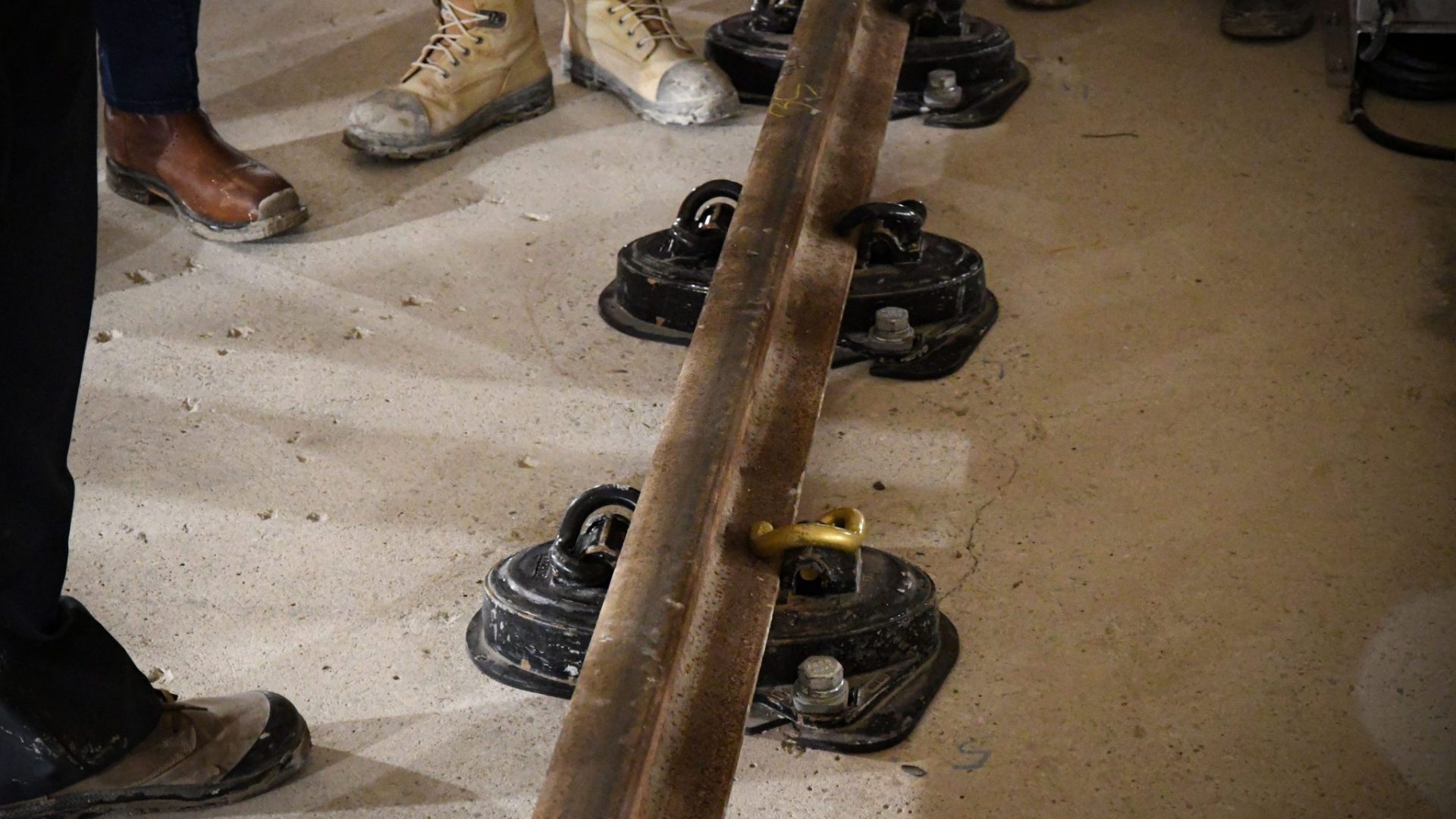 The crosstown line now stretches continuously from Kennedy Station in Scarborough all the way to the new Mount Dennis Station in the west.

Although track testing along completed sections of the Eglinton Crosstown LRT has been happening for quite a few months now, Metrolinx says the next step will be to send rail vehicles along the entirety of the line.

With the tack finished, crews will continue to complete the line’s stations and finish installing the canary system — the overhead wires that power the trains — ahead of the planned 2022 opening.

Restoration work on streets affected by the Eglinton Crosstown construction is underway. According to Metrolinx, this includes tree planting and the installation of green track-beds throughout the majority of the route from Brentcliffe to Ionview.

Once operational, the new LRT line is expected to cut down crosstown travel time by as much as 60%, serving 25 stations along its route.