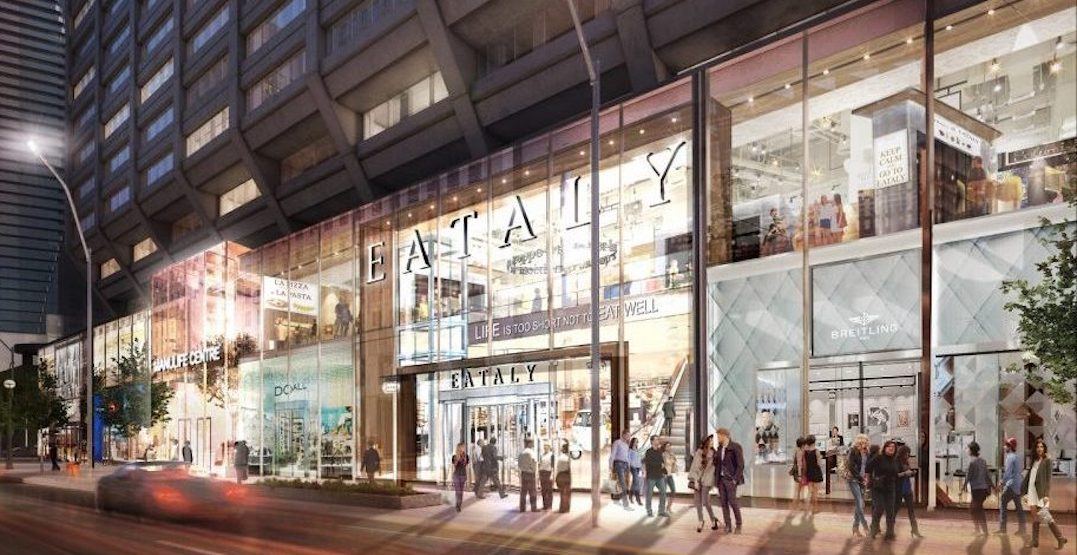 Eataly has finally announced the opening date for its first Toronto location.

The long-awaited Italian marketplace is set to open in the Manulife Centre, located near Bloor-Yonge, on November 13.

Each Eataly location contains a wide range of restaurants, cafés, to-go eateries, fresh counters, a grocery market with more than 10,000 products, and a cooking school. It was founded — in Italy, fittingly — in 2007, and has since expanded to more than 35 locations around the globe.

“EAT, SHOP & LEARN: That’s right – in less than a month, you’ll be able to take a trip to Italy without leaving the Yorkville neighbourhood,” reads a post by Eataly Toronto.

“Our doors will officially open to the public at 5 pm on November 13. What’s going on for opening day? Arrive early to be one of the first guests to browse our marketplace, learn from a few of our favourite producers with complimentary tastings (maybe a few giveaways!), dine in our restaurants, and so much more. T-minus 22 days.”