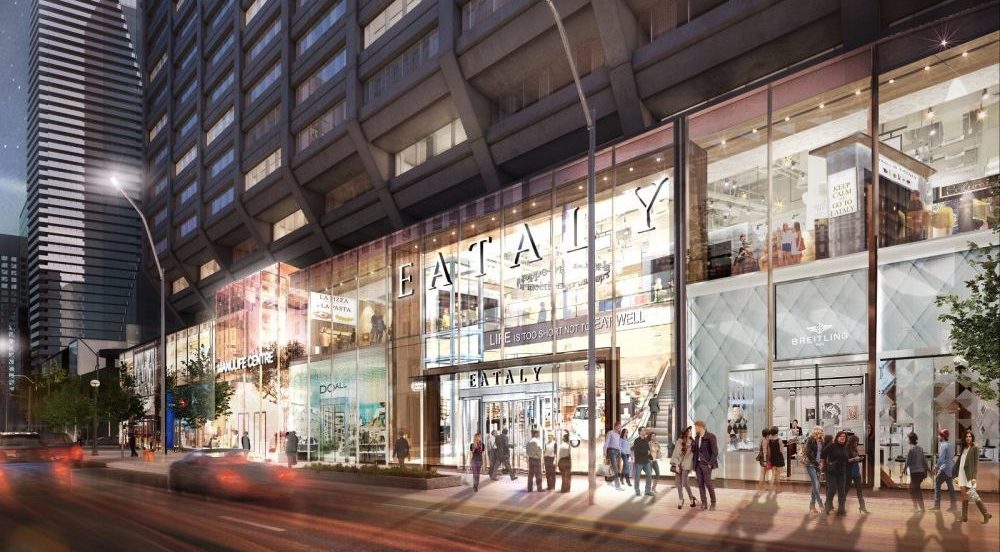 We already told you about Seafood City, a Filipino grocery store set to open in Mississauga next year.

And today we’re bringing you more exciting foodie news, namely that Eataly, another ethnic marketplace, has announced its plans to expand into the Toronto market.

An Italian food marketplace, which includes a mix of food markets, restaurants, and eateries, Eataly already has locations around the world, including Italy, Japan, Dubai, Turkey, Brazil, and the US.

Eataly’s Toronto location marks the marketplace’s first Canadian location, and it’s slated to open early 2019 as the anchor tenant, taking up 50,000 square feet over three stories, of the newly renovated Manulife Centre in the heart of Yorkville.

Since opening their first location in Turin, Italy in 2007, Eataly’s philosophy has spread to the rest of the world: “Shop, Eat, and Learn.” Customers can shop for high quality products reflecting the biodiversity of Italy, eat at one of the many restaurants and counters, and learn about the stories behind those products, all within the same marketplace.

“Eataly Toronto will be spectacular,” founder Oscar Farinetti said in a statement. “Firstly, the city of Toronto values high quality food. And we do too. Secondly this will be our first Canadian location, and with every first in a new market comes something full of excitement and adrenaline. Lastly, and above all, we are entering the market with people we fully trust and we share the same passions with.”