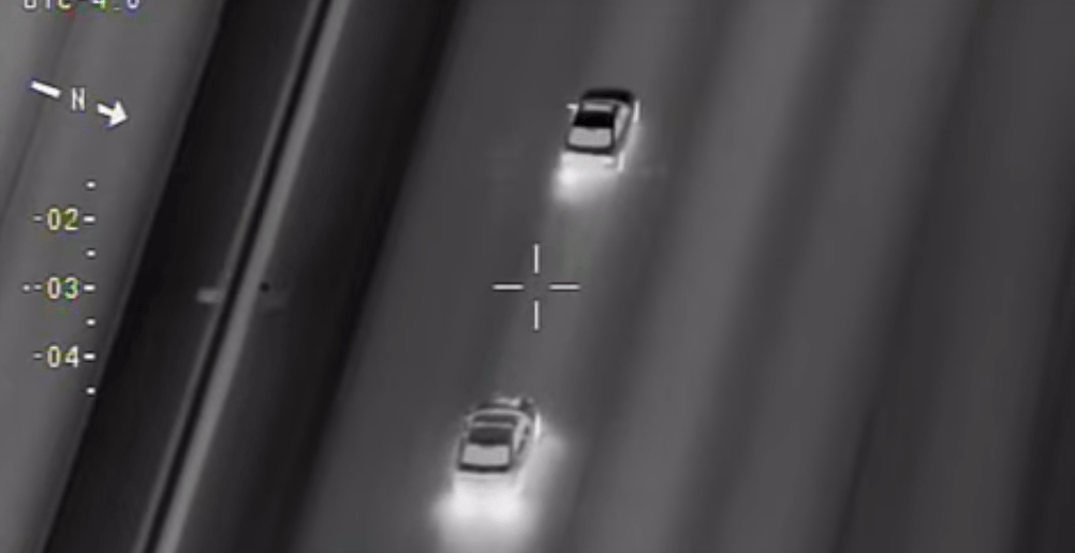 A 24-year-old Markham man has been charged following a high speed chase that was captured on video from a police helicopter.

Durham police say that Tony Chau is facing several charges after attempting to flee in Pickering.

On Sunday, December 16, at approximately 2:40 am, officers responded to a call at Altona Road and Finch Avenue after a possible drifting competition, which police described as almost 100 vehicles and pedestrians shut down the intersection and “started spinning their tires and filming the event on their cellphones.”

When several officers responded to the area, most of the vehicles began to disperese.

Two of the vehicles fled northbound on Altona Road at high rates of speed, and police were able to locate them. While they attempted to stop one vehicle, they discontinued due to safety concerns.

Police chopper Air1 followed one of the vehicles described as a grey BMW towards Highway 401. The suspect vehicle entered the highway where it travelled eastbound at speeds reaching 173 km/hr.

The video released by police has full audio, and the helicopter operator could be heard speaking to officers throughout the pursuit.

“He’s turned off his lights,” he said at one point. “He’s driving in the dark here. I’ve got him at over 100 kilometers an hour in the dark.”

Air1 continued to follow the suspect vehicle into Toronto, where he was located at a gas station in the area of Morningside Road and Sheppard Avenue in Scarborough.

Police cruisers boxed the vehicle in but the suspect vehicle rammed one of the vehicles in attempts to escape. The driver and passengers were arrested, and the vehicle was seized.

The passengers were released unconditionally.