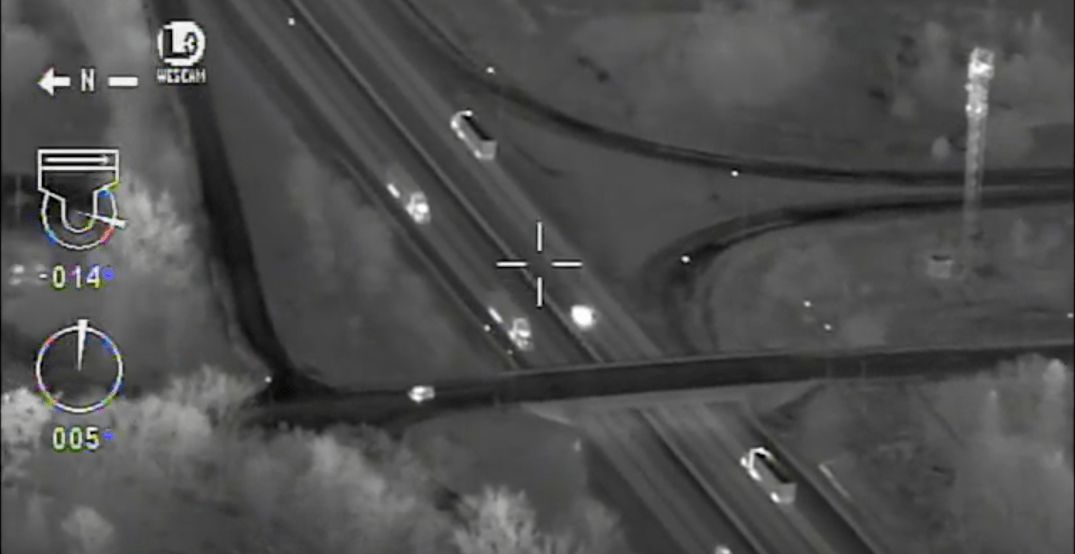 A 47-year-old male from Oshawa has been charged following a high speed chase that was captured on video.

According to Durham Regional Police, on Saturday, January 27, at approximately 2:30 am, a female travelling in the area of Rossland Road West and Stevenson Road North in Oshawa called police because she was being followed by a male known to her.

Police say the man was driving erratically behind her and was trying to ram her vehicle.

The 911 dispatcher advised the female caller to drive towards Central West Division in Whitby, where officers were able to locate the male’s vehicle.

Upon seeing officers, he fled the area. He continued to evade police who backed off and for safety reasons.

Police say eventually the male entered Highway 401 eastbound, travelling at speeds as high as 230 km/hr. He was followed by Air1 (helicopter) for 154 km, as officers on the road kept a safe distance away. The male in the vehicle travelled towards Peterborough, but then began to drive back towards Durham Region.

Officers say they strategically placed a tire deflation device on Ganaraska Road and were able to stop the vehicle.

The driver then fled on foot and officers searched the area. The male attempted to discard evidence in the forest but Air1 was able to direct ground units to the items, according to police, and the suspect was found in a wooded area and arrested.

His name is being withheld due to the domestic nature of this incident.

Police released the video below, showing parts of the pursuit.