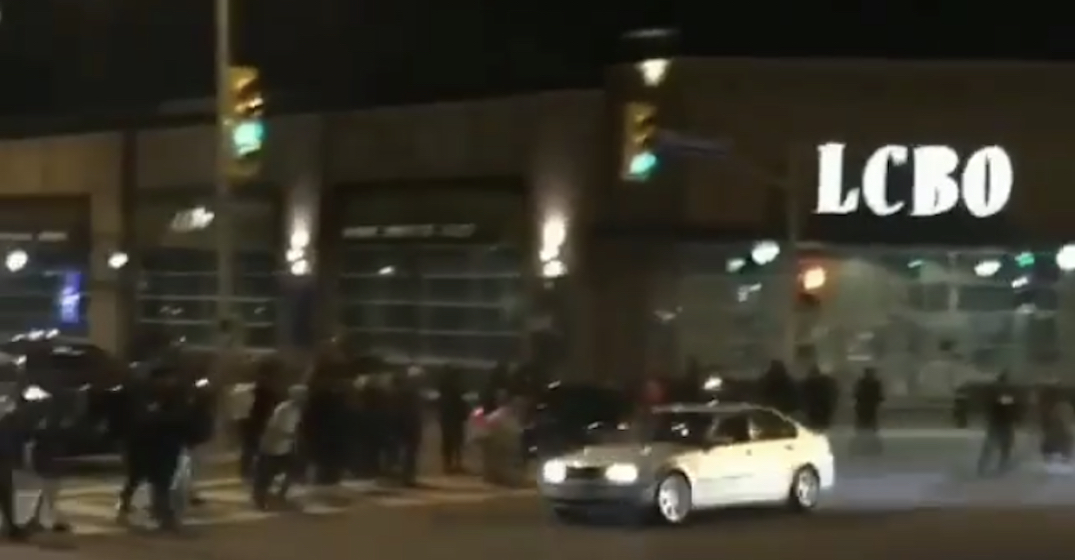 An 18-year-old Toronto man has been arrested in what police are calling a stunt driving incident.

According to Toronto police, on Saturday, October 27, at approximately 12:30 am, officers responded to a call for Stunt Driving in the intersection of The Donway East and Lawrence Avenue East.

Police say up to 12 high-performance cars blocked the intersection, and there were crowds of people lined up on the streets.

As officers parked their car at the intersection to disperse the crowd, the teenager driving a Chevy Corvette approached the cops at a high rate of speed. Police say that the driver sped through the intersection, against a red light, and narrowly missed the parked police car.

The driver then struck another car while trying to get away from the scene, but was arrested a short distance away.

Nicholas Paraan is charged with dangerous operation of a motor vehicle, failing to stop at the scene of an accident, and criminal flight.

Videos of the drifting competition appeared on several viral Toronto Instagram accounts, including 6ixBuzzTV and Redline GTA, which called out the original posters for the incident.

“You call this real enthusiasts? I call this stupidity,” wrote Redline GTA after resharing the original video, which was posted by ToTakeovers.

A YouTube link, found through TOTakeovers’ account, shows another drifting video that also shows a Chevy Corvette. The video appears to be from the same night as the arrest.