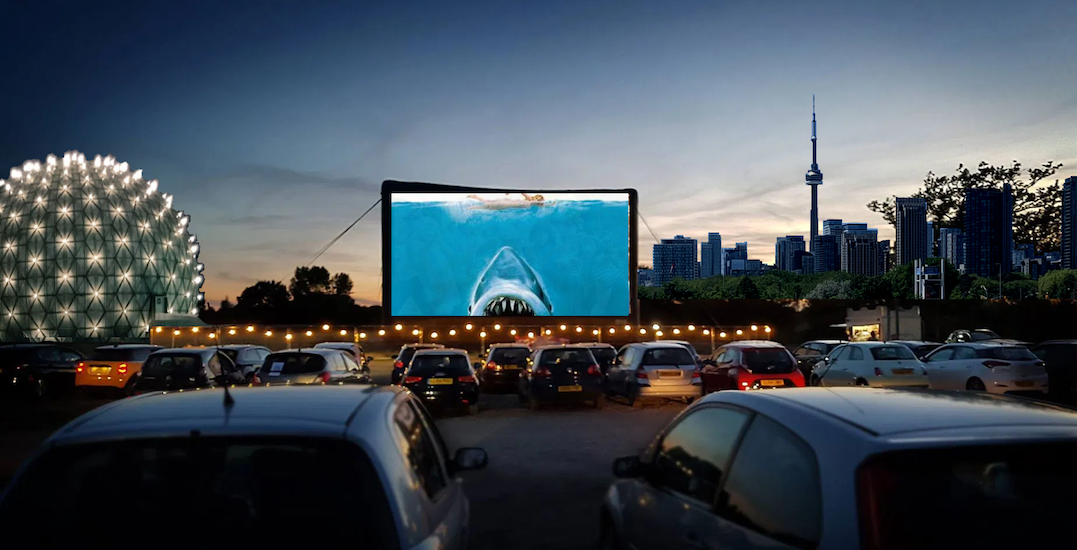 Going to the Drive-In has become a popular activity during these unprecedented times.

Back in May, Monte McNaughton, Minister of Labour for Training & Skills Development, said movie theatres can reopen following health and safety requirements.

Since then, the City of Toronto has launched DriveInTO to “bring entertainment experiences across the city.”

DriveInTO will give the city temporary drive-in experiences, from films to concerts to sports broadcasts.

“Through these new programs like DriveInTO, we can ensure that despite an ongoing pandemic, and rules around large gatherings, residents can continue to experience the remarkable arts and culture sector that make our city so unique,” said John Tory, Mayor of Toronto.

Each DriveInTO location will be produced, programmed, and ticketed independently.

Here is a list of drive-in locations and events around the GTA:

Tickets can be purchased online or at the door.

Ontario Place is also currently hosting the Lavazza Drive-In International Film Festival.  The festival will feature a thoughtfully curated selection of movies from some of the countries most affected by the global health crisis. A different nation will be represented each night, including France, China, Russia, the US, the UK, Brazil, India and Canada, with a special “Focus Italia” series.

Joining the ranks of new spots to enjoy entertainment this week is Toronto Shines, arriving at Ontario Place on July 17.

Continuing through October, Toronto Shines will present current and classic films, and live entertainment in a safe, family-friendly setting at the water’s edge.

CityView Drive-In will feature concerts, screenings and broadcasts. You can purchase tickets online in advance. Tickets are sold per car for reserved spots. Pricing is per person.

Upcoming events include a performance by Monster Truck on July 16, Allan Rayman on July 18 and A Tribe Called Red on August 6.

When: Ongoing
Where: Parking lot at 20 Polson Street
Tickets: Prices vary by event

Presented by Canada Land Corporation and MADE, Friday Night Lights will feature free made-in-Canada films, though titles have yet to be announced.

Here is the schedule:

Details on the CF Movie Night at CF Sherway Gardens will be sent out through the CF Insider newsletter.

Sherway Gardens has said that they will “bring to life” movies from local film arts organizations.

Where: 25 The West Mall, Etobicoke

Located in Oakville, feature films now include Jurassic Park, Jaws, Grease, and Ferris Bueller’s Day Off. Take out concessions are also now available. No outside food will be permitted.

Abbamania and The British Legends will also be performing on August 5, with special guests including Ian B. Garcia from the Broadway production of “Rain.”

“Movies are bigger and safer under the stars.” This drive-in is located in Newmarket. Take out concessions are now open and outside food is not allowed. Films include Bloodshot, The Invisible Man and Grease.

Located in Hamilton featured films include The Goonies, Gremlins and The Hunt. Tickets to the drive-in can be purchased online.

While the province continues to gradually reopen, the drive-in provides residents with a fun and safe entertainment experience.

So, pack your cars and have fun!