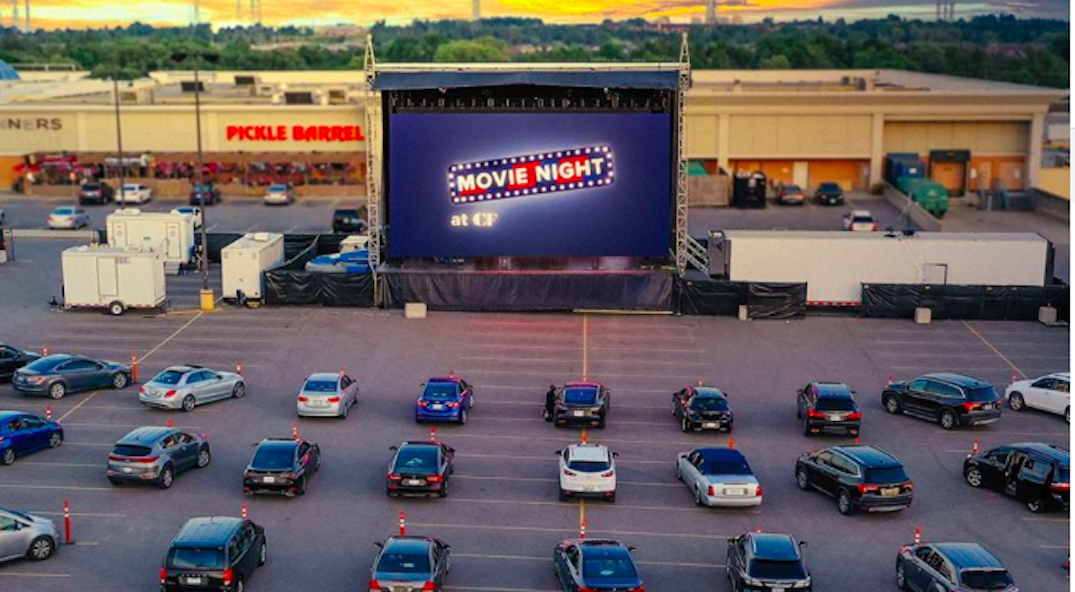 CF Markville in Markham was the first to be turned into a drive-in. (CF Markville/Facebook)

Mayor John Tory has announced the launch of the DriveInTO program, which will offer free movie screenings this summer at pop-up drive-ins.

“It offers Torontonians a chance to reengage with their city and access to programming by local film arts associations,” he said.

Tory emphasized that health and safety is at the forefront and will ensure that it does not interfere with the ActiveTO road closures that occur every weekend.

There are various locations set up for the DriveInTO program.

There will also be Friday Night Lights at Downsview Park, presented by Canada Land Corporation and MADE, featuring free made-in-Canada films as well as CF Movie Night at CF Sherway Gardens.

In addition, according to Tory, Nuit Blanche will be virtual this year.

The event will engage its audience through an improved digital experience, including a new public archive of works presented at Nuit Blanche Toronto in the past, an expanded series of Nuit Talks, podcasts and livestreamed dialogues, and special online events on October 3.

There will also be new funding opportunities for individuals and not-for-profit organizations to develop projects as part of ArtworxTO: Toronto’s Year of Public Art in 2021.

The funding is supposed to support the arts sector’s role as a key part of the City’s economic recovery from the pandemic.

To continue the progress made in reducing the spread of the virus, the City is extending the cancellation of City-led and City-permitted outdoor special events through September 30.

This includes festivals and other large gatherings held at outdoor sites managed by the City or other public locations, such as roads, parks, and civic squares.

However, the announcement does not include outdoor sport facility permits and other permit activities issued by the City’s Parks, Forestry and Recreation division in Stage 2 of the Province of Ontario’s Framework for Reopening.