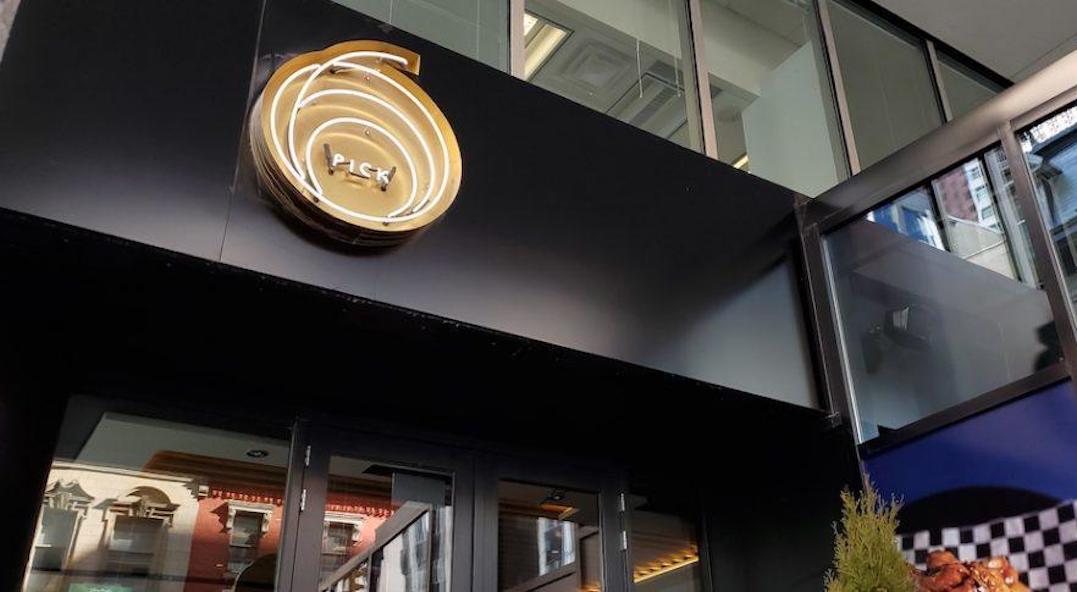 Drake’s Pick 6ix Sports, which closed in late 2019 due to damage from a flood, remained shut due to unpaid rent, and has officially shuttered for good, the restaurant’s operations manager confirmed.

The restaurant announced that it would be closed until further notice due to flooding in November.

Later that same week, a notice from the landlord was posted above the restaurant’s signage, showing that the lease had been terminated.

Now, the restaurant’s sign has been removed, and Operations Manager Jeff Darby tells Daily Hive that it’s closed for good. 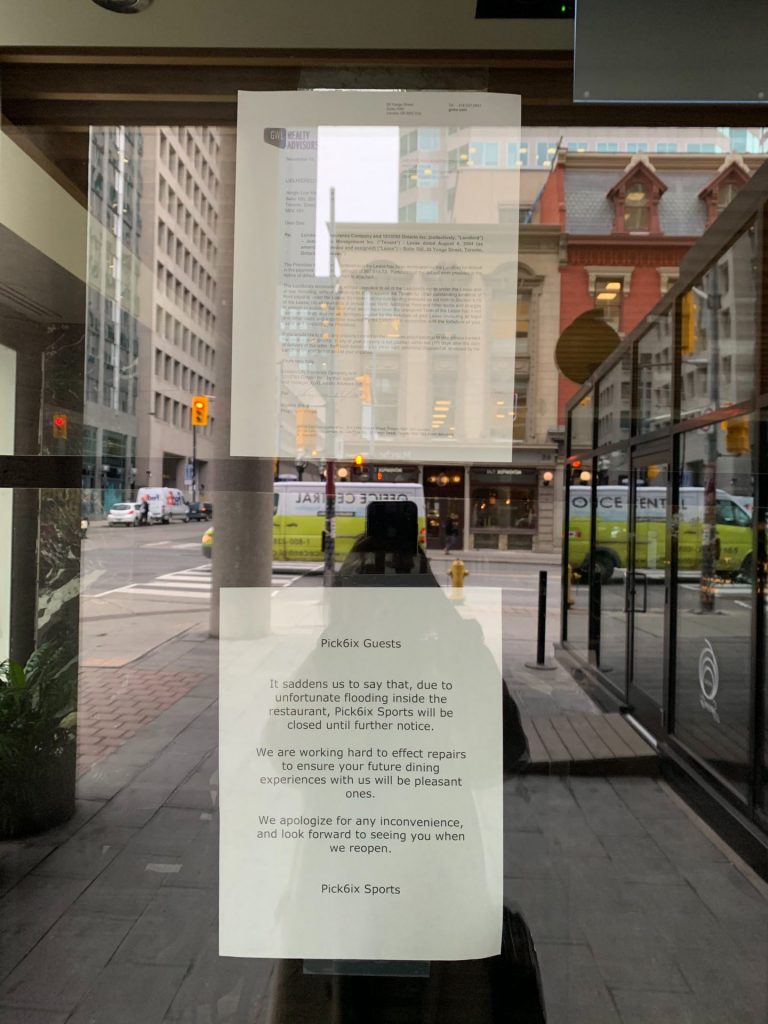 “While the restaurant was closed for repairs [after the flood], the landlord sought to terminate the lease. The restaurant obtained an order permitting it to resume the business, on terms including the payment of the rent during the period it was closed by the flood. Pick6ix had insurance coverage for the flood, but the insurance company refused to pay the rent that was due, resulting in termination of the lease.” Darby said.

“Pick6ix is receiving legal advice with respect to the insurance company’s actions.” 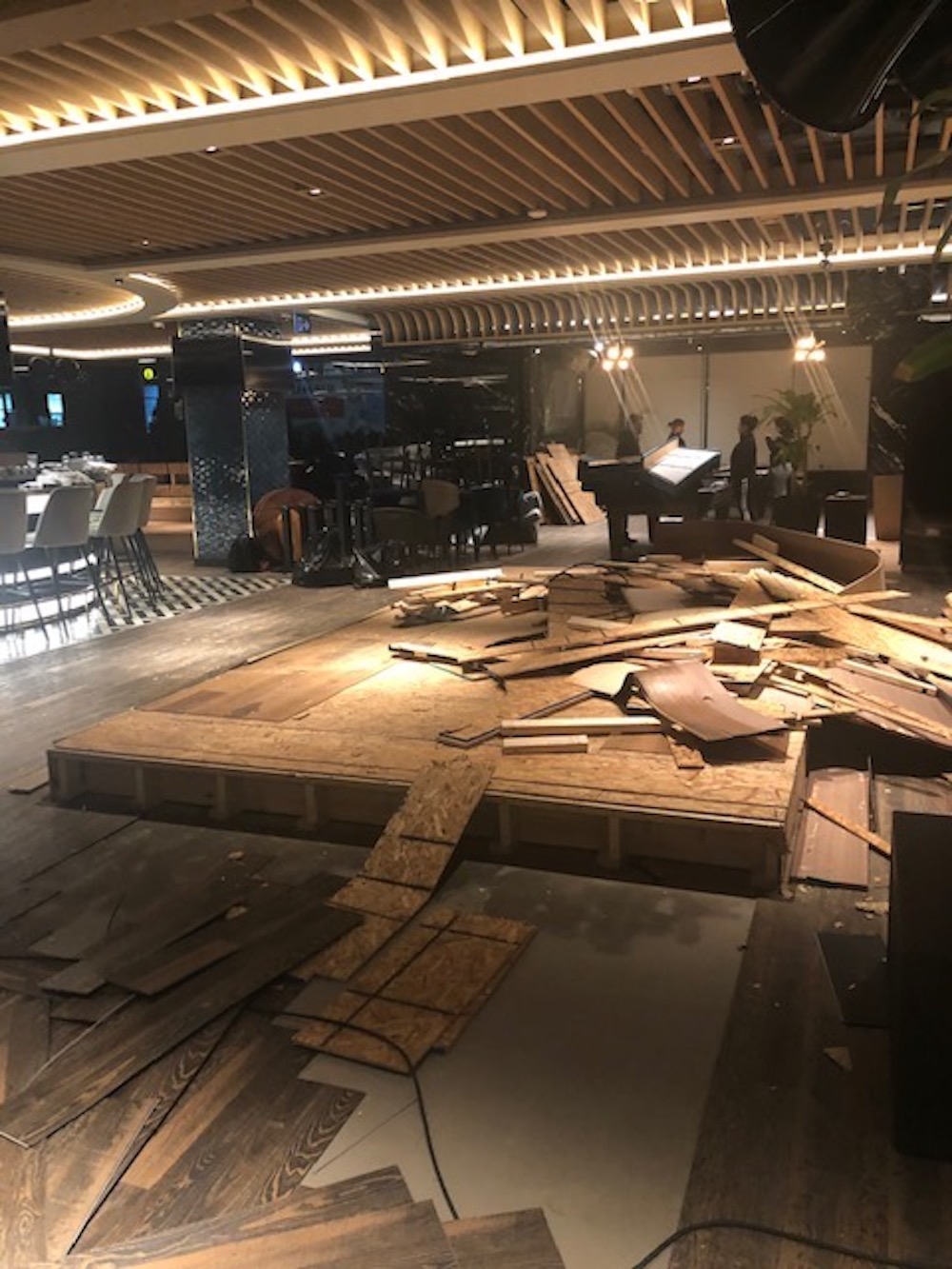 This was the second time the space has reported that it had been forced to close due to flooding in recent years. In Summer 2018, what was then simply called Pick 6ix closed due to water damage.

The restaurant closed and reopened in spring of 2019 as Pick 6ix Sports. And Darby said that this closure isn’t the end of the road for the eatery.

“Pick6ix is currently looking at other locations to resume its operations and serving its clientele,” he said.