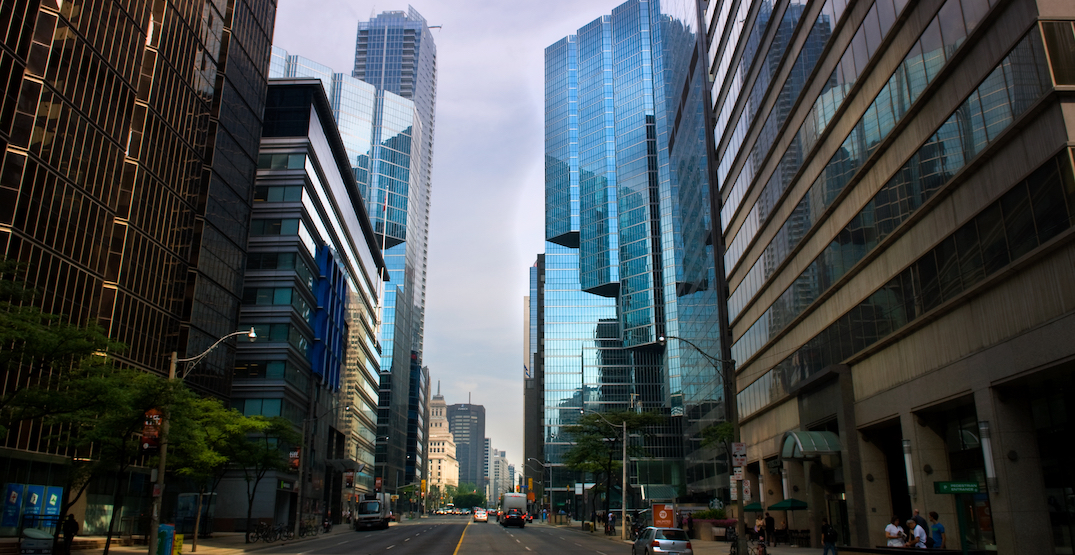 Despite countless employees continuing to work from home, office vacancy rates in downtown Toronto took a dip at the end of the year as more spaces were leased out.

A new report from CBRE found that the office vacancy rate fell from 9.9% to 9.7% in downtown Toronto during the fourth quarter of 2021. This is the second quarter in a row where rates have dipped.

Toronto office landlords, the report says, are seeing an increased demand for quality built-out sublet office spaces as companies plan their return to the office.

“The resurgence in leasing activity over the last quarter tells us there is a much deeper level of pent-up demand for flexibility and quality at an attractive price point than many perceive,” said CBRE’s Toronto Downtown Managing Director Jon Ramscar. “Landlords are having success when they use model suites, and some are building out blocks of their vacant space in advance to entice tenants in the market to compete with the few quality sublets remaining.”

Similar occupancy gains were seen in other major Canadian cities like Vancouver, where vacancy rates fell from 7.6% to 7.2%, and Ottawa, where vacancy fell from 10.5% to 9.9%. All across Canada, office touring levels reached their highest point in two years.

The drop in downtown Toronto vacancies came even as a substantial amount of new office supply came on the market, with 1,314,345 square feet reaching completion. Currently, another 7,519,259 square feet of downtown office space is under construction, 61.9% of which is already pre-leased.