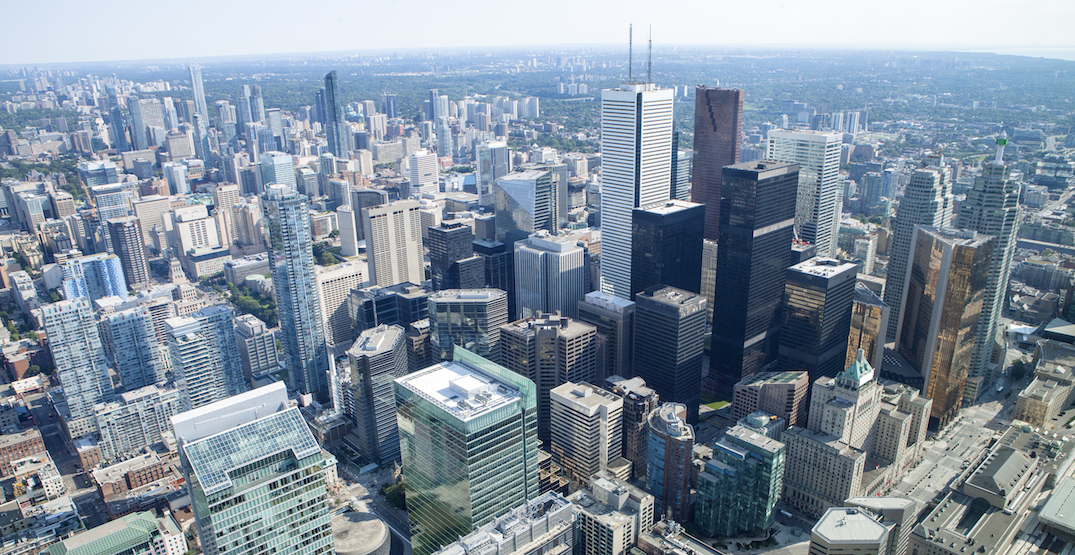 As more businesses look to bring their employees back in-person, downtown Toronto’s office vacancy rate fell during the third quarter of 2021, according to a new report from CBRE.

“With confidence returning to the market, occupiers are slowly reintegrating the office into their work routine,” the report reads. “As such, for the first time since the onset of COVID-19, upward momentum in the overall vacancy has subsided and the vacancy rate in downtown Toronto has since experienced a quarter-over-quarter decrease.”

Toronto’s downtown office vacancy rate hit a 13-year high during the second quarter of 2020, coming in at 10%. During the third quarter, it fell slightly to 9.9%, marking the first decrease since the onset of COVID-19.

This comes as office vacancy rates across Canada continue to increase, hitting a whopping 15.7%. This is the highest the vacancy rate has been since 1994, but CBRE Canada Vice Chairman Paul Morassutti believes it won’t stay that way for too long.

“Canadian office markets have seen the fourth wave throw a wrench into return to workplace plans; however, signs of stabilization across the country suggest that businesses are increasingly looking to a post-pandemic reality,” Morassutti said. “Despite the uncertainties, office tenants have largely stopped returning space to the market and we anticipate positive growth to resume as early as next quarter.”

Toronto wasn’t the only major Ontario city to see its office vacancy rate go down. Ottawa’s also dropped by 0.1% to 10.5%. Waterloo and London, on the other hand, both saw increased vacancy, coming in at 22.2% and 19.3% respectively.