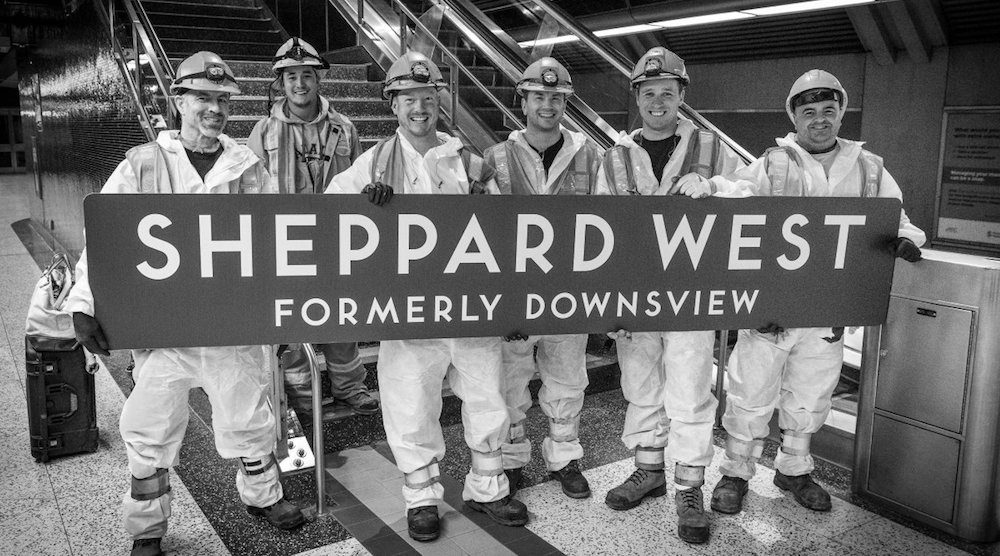 Downsview Station got its makeover on Sunday.

Joining a slew of celebrities that are ‘formally known as,’ Downsview is now Sheppard West station in anticipation of the opening of the Line 1 extension to York region later this year.

“Sheppard West is the new name for Downsview Station. The change will take months to complete. Thanks for your patience,” tweeted the TTC on Sunday.

Among the items being changed or revised for the name change include signs in and around the station, platform maps, subway maps, and maps on transit shelters.

According to the TTC, the name change will cost approximately $800,000, the majority of which ($600,000) is related to the reprogramming of Bombardier’s proprietary announcement system on the Toronto Rocket subways.

Last week, the TTC released images of the new maps, showing a new take on the old vertical lines.