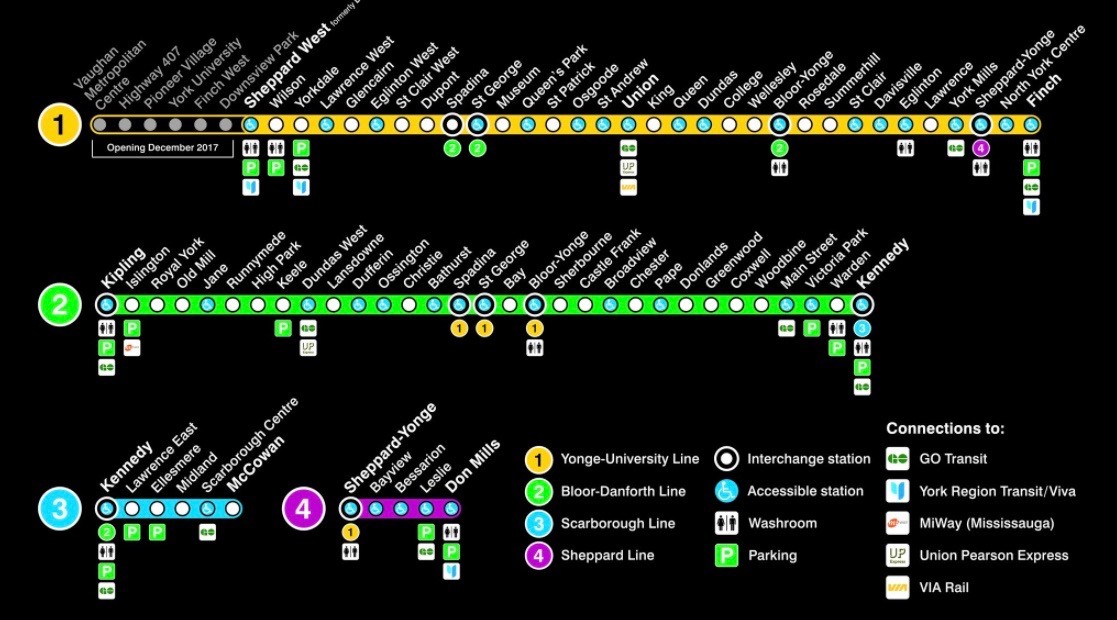 After a new TTC map was revealed last week, the TTC has released another design with further changes.

The horizontal design includes all lines, shown parallel to one another with more details. The newly renamed Sheppard West is shown, along with information on connection points, public washrooms, and parking.

The new maps began making their way onto TTC trains on Line 2 on April 28, and TTC staff noted that they hope to have them up on all trains by May 7.