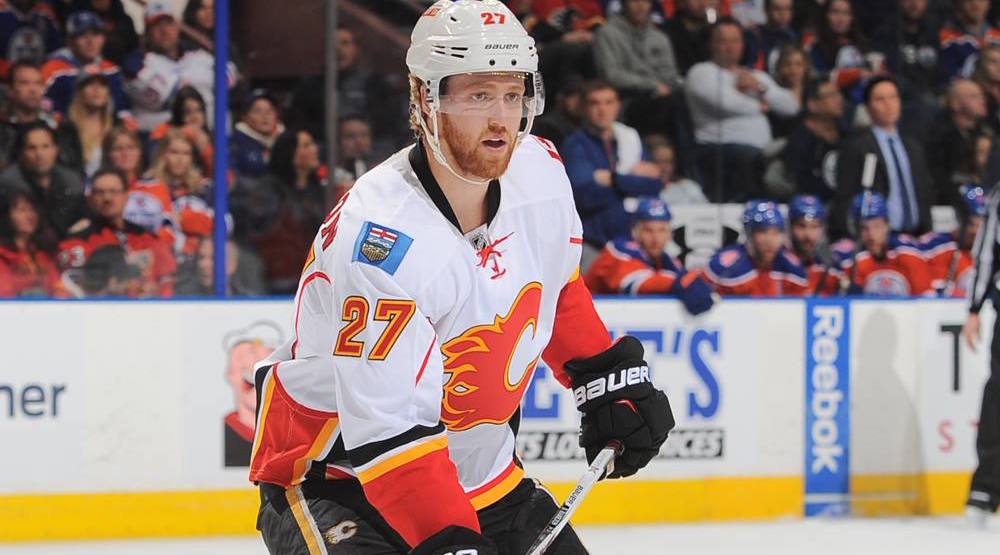 When the Maple Leafs face-off against the Calgary Flames tonight, all eyes will be on Flames’ defenceman Dougie Hamilton.

Hamilton is a Toronto native and was the ninth pick in the 2011 Draft, which the Bruins acquired from the Maple Leafs in the Phil Kessel trade (not like you needed reminding about that).

The 23-year-old is on pace for his third consecutive 40-point season, and in five NHL campaigns has demonstrated a solid point shot and the ability to quarterback a power play.

So why would Calgary want to trade him? Maybe they don’t. But when you consider that the Leafs are said to be in the market for a defenceman, and the Flames are struggling, it doesn’t take long to connect the dots…

The Leafs’ top-six forwards are performing very well this season, which could suggest that they are in a position of strength to deal a forward. Auston Matthews, James van Riemsdyk, and Nazem Kadri each have 10 goals, while Mitch Marner, William Nylander, and Tyler Bozak aren’t far behind.

Not surprisingly, Toronto sits third in league scoring averaging 3.18 goals-per-game behind the New York Rangers and Columbus Blue Jackets. Of course, the Leafs are also 28th in the league on the opposite side of the spectrum, giving up 3.14 goals-per-game just ahead of the Philadelphia Flyers and Dallas Stars.

The Leafs have ample forward depth, and Peter Holland – who decided not to attend the western road trip over a playing time dispute – looks as if he could be on his way out.

But Holland alone won’t come close to getting a deal done.

Alongside Holland, the Leafs could trade one of their top AHL prospects in return for Hamilton, including but not limited to Brendan Leipsic, Kasperi Kapanen, Kerby Rychel, Tobias Lindberg, or Frederik Gauthier. Leipsic has 23 points in 18 games for the Marlies this season, while Kapanen is just shy of a point-per-game himself.

James van Riemsdyk seems like a logical player to consider, although he’s apparently not willing to move to Calgary.

There will be interest in #Leafs' James van Riemsdyk whenever things heat up. But Calgary is one of 10 teams on JvR's limited no-trade list.

Amidst all of this, Mike Augello of HockeyBuzz.com reported that Flames general manager Brad Treliving was at the Air Canada Centre Saturday night, while also indicating that Dave Morisson, the Leafs’ Director of Pro Scouting, was seen watching the Flames take on the Flyers at home on Sunday.

The Flames won’t be in a hurry to give Hamilton away, so any talk of trade needs to include good players who can play immediately for a Calgary team desperate to improve.