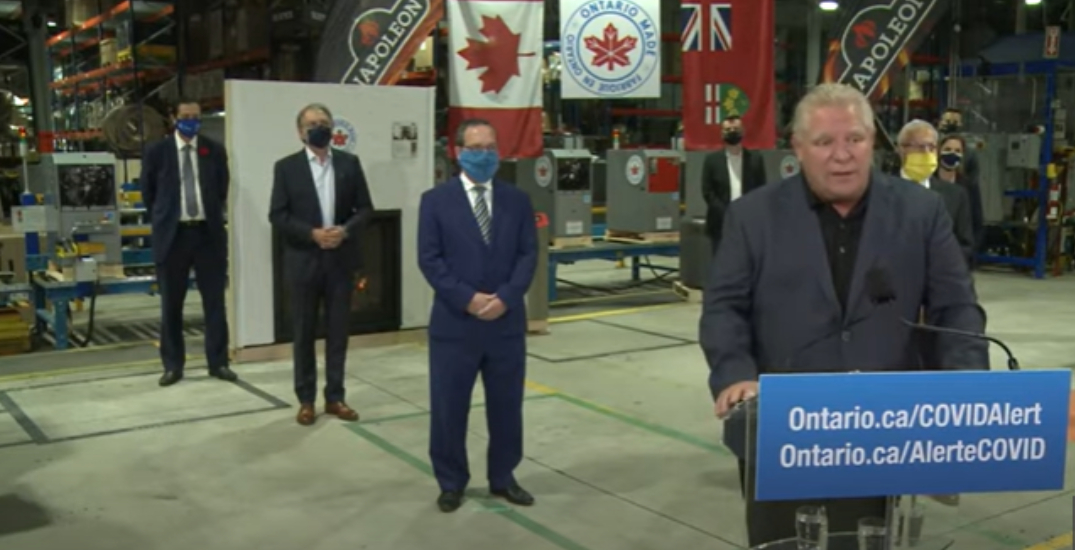 Ontario Premier Doug Ford says that new COVID-19 projections being released today will show the spread of the virus declining across the province.

Ford made the comment at a press conference on Thursday, but urged Ontarians not to let their guards down.

“The good news is we’re seeing a little bit of a decline,” Ford told reporters.

On Wednesday, the premier stopped short of saying the curve is flattening in Ontario, but did say that numbers are “going in the right direction.”

Ford also said he hoped to take a “surgical approach” to reopening the four regions in the province that have been placed in a modified stage 2.

Projections released last month forecasted that the province could see 1,000 cases per day in the first half of October.

Ontario reported 934 new cases of coronavirus on Thursday and 1,042 on Sunday.

The new virus projections will be announced at 3:00pm today by the province’s top health officials.