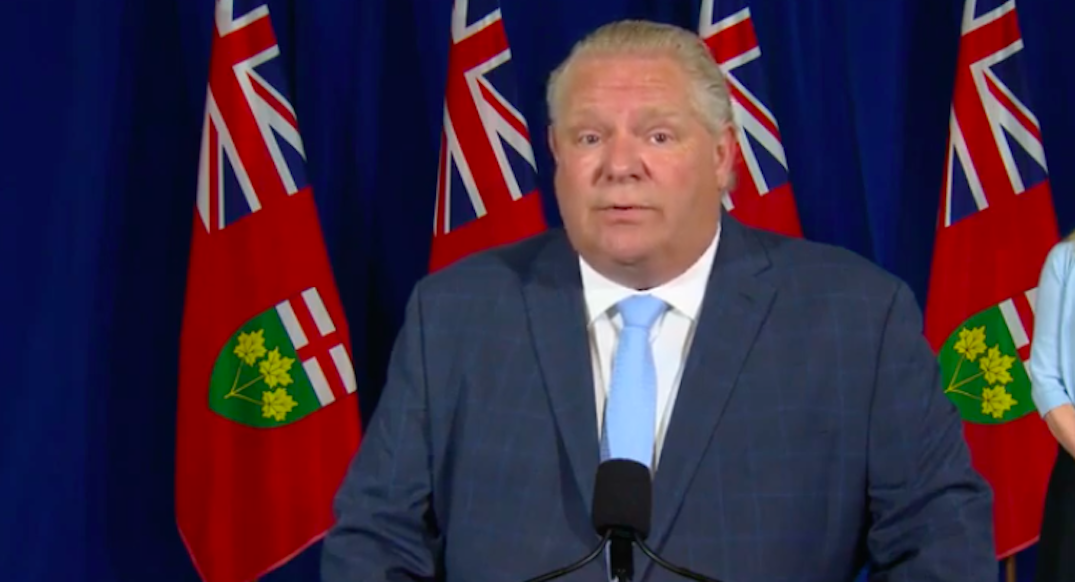 Ontario Premier Doug Ford says that COVID-19 numbers in the province are going in the right direction.

At a press conference on Wednesday, Ford acknowledged that Ontarians are feeling fatigue and frustration due to the ongoing pandemic but that the spread of the virus is going down in the province.

“I wouldn’t go so far as to say it’s flattening, but we see it going in the right direction. That’s really positive,” Ford said. “It tells me that people are listening [to public health measures].”

He added that the “spread [is] going in the other direction, downwards, as opposed to upwards.”

Ford said Ontario is doing much better than everywhere else in the world, referencing the United States, Italy, and France, but noted that it’s not time to let our guard down.

He also said the government will do everything it can to get fitness centres and restaurants back open across the province.

Four areas across Ontario — Toronto, Ottawa, Peel, and York region — were declared hotspots earlier this month and moved into a modified stage 2. Indoor dining, gyms, and cinemas are currently closed in the areas for 28 days.

Following Prime Minister Justin Trudeau’s comments on Tuesday that winter is “really going to suck,” the premier said he wanted to give people hope that we will get through the pandemic by working together.

“Christmas, it’s still a couple of months away, so let’s take a look down the road there. I love Christmas,” Ford said. “Any holiday, religious holiday in that area, [people] want to be with their families. I get it. So let’s all work together and let’s make Christmas happen.”