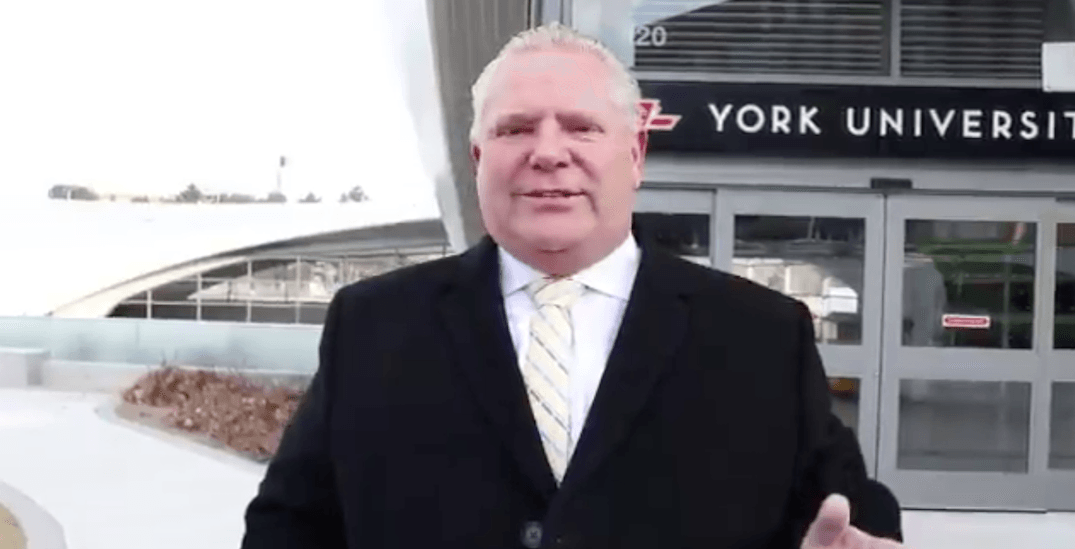 Just days after confirming he is running for Ontario PC leadership, Doug Ford confirmed he will not be running for Mayor in Toronto this year.

Last September, Ford said he would be running for Toronto mayor in 2018.

But in January, following the resignation of Patrick Brown, speculations circulated over who would take over the PC party leadership.

Ford, who is the brother of former Toronto Mayor Rob Ford, soon stepped in and said he would be running for the position.

I am proud to announce that I will be seeking the nomination for our Ontario Progressive Conservative Party in Etobicoke North. It would be an honour to represent the great residents and follow in the footsteps of my father, brother and nephew. | #onpoli #pcpo @OntarioPCParty

At the time, the former City Councillor said he “had every intention of running” for mayor in Toronto this year, but he feels he has to join the race as it’s a “critical moment” for the Ontario PC Party and the province.

And now, a CBC report confirmed that Ford is not running for mayor, even if he loses the PC leadership.

So there we have it, Toronto won’t have another Ford for mayor after all.