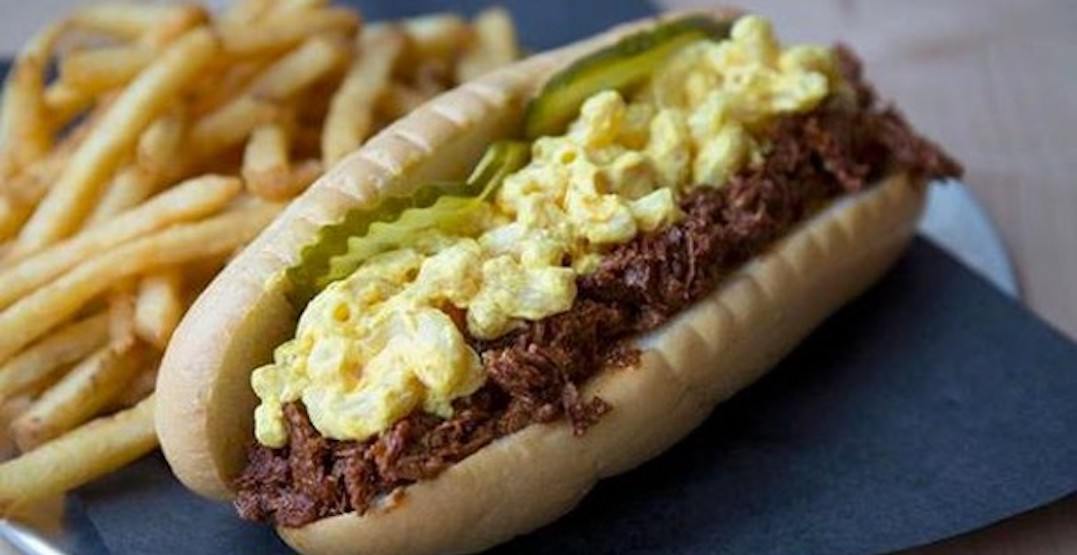 The road to a severe allergic reaction is paved with good intentions.

Directly following the news that a Toronto woman was hospitalized after consuming dairy at a popular downtown vegan restaurant, another similar story has come to light.

Tso, a 20 year-old University of Toronto student who lives with an anaphylactic milk allergy, visited the vegan resto under the impression that the menu was completely free of animal products.

She also has intolerances to beef, pork, and eggs, and figured this spot would be a safe-zone.

Tso ate a vegan “pulled pork” sandwich with a side of fries and went into anaphylactic shock shortly after leaving the restaurant.

The following day, Tso contacted Doomie’s to ask for a list of ingredients in the sandwich.

She inquired about the potential for dairy in the dish, also mentioning sensitivities to eggs and red meat.

The restaurant emailed her back with a list of common allergens in the dish, including  wheat, soy, mushroom, onion, garlic, potato and canola.

“We do not cook with any of the allergen items you listed for cross-contaimination [sic],” the email reads.

“They listed things I know I’m not allergic to,” Tso said.

And she even got tested for the items listed, just in case. She never received the full list of ingredients from the restaurant.

Daily Hive inquired about why a full ingredient list was never sent.

Doomie’s and Vegandale Brewery are under the same ownership and there is overlap in their menu items.

Both Tso’s allergic reaction and Vittoria Rabito‘s occurred after consuming a menu item including the vegan “pulled pork.”

In response to the reaction suffered by Rabito, Vegandale Brewery released a statement on Instagram.

“We are sorry for what happened and are taking all the necessary steps to ensure it never does again,” the statement reads.

“We look forward to the demand for vegan items improving the availability of facilities that can create our restaurant staples without cross-contamination,” it continues.

Tso also mentioned a minor reaction she recently experienced at Vegandale Brewery after trying one of their vegan ice creams.

“A few bites in, my tongue tingled and I immediately knew something was wrong,” she told Daily Hive.

“Luckily my reaction was minor and I did not have to go the hospital.”

These experiences are calling attention to the fact that although restaurants may be vegan for ethical reasons, there is potential for cross-contamination. This means that the spots still pose a risk for those with severe allergies.

It could be worth restaurants mentioning on their menus which items may be carrying traces of animal products, which Doomie’s told Daily Hive it’s in the process of doing.

According to Reddit users here and here, “may contain” notices don’t make foods any less vegan.

But they do make them a lot less dangerous.